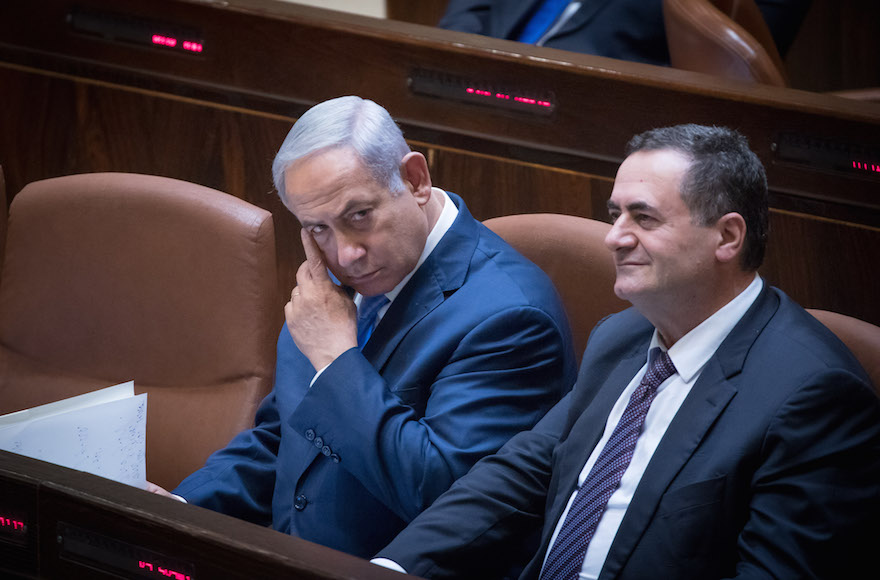 In the wide-ranging interview published Wednesday on the Elaph website, Katz said he would be willing to join in negotiations initiated by Saudi Arabia, indicating that the American peace initiative being formulated under wraps is too uncertain.

The Israeli official said that Saudi Arabia is undergoing positive change under the king and crown prince, and that there is “broad consensus” between Israel and Saudi Arabia on the threat from Iran.

Israel does not have diplomatic relations with Saudi Arabia.

Israel’s military chief of staff, Gadi Eizenkot, also gave an unprecedented interview to the same Saudi newspaper earlier this month in which he said  he was ready to share sensitive intelligence with Saudi Arabia. Eizenkot also said there was agreement between Israel and Saudi Arabia regarding the threat posed by Iran to the Gulf states.

Also Wednesday, King Salman said in an address to the kingdom’s Consultative Council, in reference to the U.S. recognition last week of Jerusalem as Israel’s capital, that the Palestinians have a right to eastern Jerusalem as the capital of their future state.

Meanwhile, Iran’s president, Hassan Rouhani, said Wednesday that President Donald Trump went ahead with recognizing Jerusalem as Israel’s capital because Saudi Arabia has sought closer cooperation with Israel. Rouhani also tweeted that the United States has never been an honest broker between Israel and the Palestinians.

The recent decision by the US admin made it clear that the US is only seeking to secure the maximum interests of the Zionists and has no respect for the legitimate rights of Palestinians. The US has never been an honest mediator and will never be. #FreePalestine #OIC