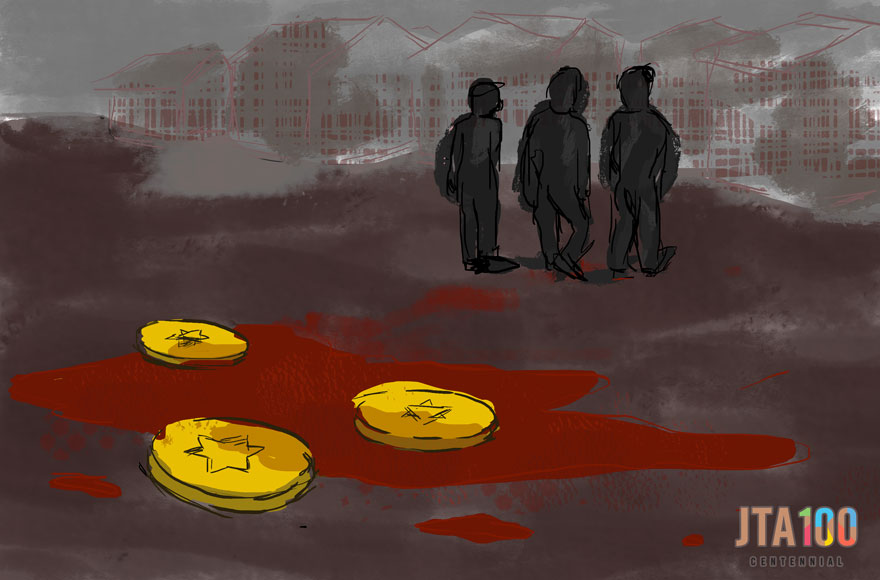 In 1928, three Polish boys murdered a Jewish child because they believed all Jews received Hanukkah money from their parents. (Lior Zaltzman)
Advertisement

(JTA) — Since its founding in 1917, JTA has been reporting on Jewish life around the world — including some stories that seem more like fiction than fact.

In celebration of the Festival of Lights, we’ve collected five of the most unusual Hanukkah stories from our archive. Whether they testify to deadly anti-Semitism, the triumphs of Jewish life after the Holocaust or the positive ways in which Jews and non-Jews have connected, they all paint an indelible picture of the 20th-century Jewish experience.

In 1928, three Polish boys murder a Jewish child for his Hanukkah money

Three Christian boys murdered 7-year-old Yankele in a town outside Warsaw, Poland. Anti-Semitic ideas about Jews seem to have been the cause: The boys, who were “taken to a hospital for psychiatric investigation,” said they thought they Jewish boy had received at least 10 zlotys for Hanukkah from his father, a woodcutter .

Three years after Hitler rose to power, Jews living in Nazi Germany celebrated the Festival of Lights in synagogues, but didn’t hold any public celebrations in order to “avoid provocations.” A year earlier, Germany had enacted the Nuremberg Laws, which took away citizenship from Jews and others who were not ethnically German, and limited their rights. As history came to show, keeping a low profile did not help Europe’s Jews avoid the terror of the Holocaust.

In 1945, U.S. planes deliver menorahs to Jews in Germany

In the wake of World War II, the U.S. Air Force, with the help of the Joint Distribution Committee, flew more than 48,000 candles and 400 menorahs from Palestine to Germany, where the surviving Jews were publicly celebrating Hanukkah for the first time in a decade. Hanukkah lights would shine from the windows of thousands of Jewish homes in Germany as symbols of “a new message of hope to our brethren here,” said JDC’s director of religious activity at the time.

Jewish groups dispatched over 50,000 gift-wrapped presents to Jews in the military, including some 500 battery operated fans to help bring relief from heat, humidity and insects to troops serving in Vietnam. Other gifts included books, records, mezuzahs, Star of David necklaces and refreshments. No matter how far away from home they were, Jewish chaplains were organizing candle-lighting services so the soldiers could celebrate the holiday. A total of about 30,000 Jews would serve in the Vietnam War.

Beginning on Nov. 20 of that year, Native Americans began occupying Alcatraz Island, protesting the fact that the government had not honored a century-old treaty to hand over the land. Some members of the American Jewish Congress headed to the former federal prison in San Francisco Bay to celebrate Hanukkah with them. Members of the San Francisco AJC chapter brought “a boatload of Jewish food,” and lit a menorah with the protesters, who were running out of things to eat. The takeover would not end until June 11, 1971.