Christmastime in Haifa means a celebration of Arab food 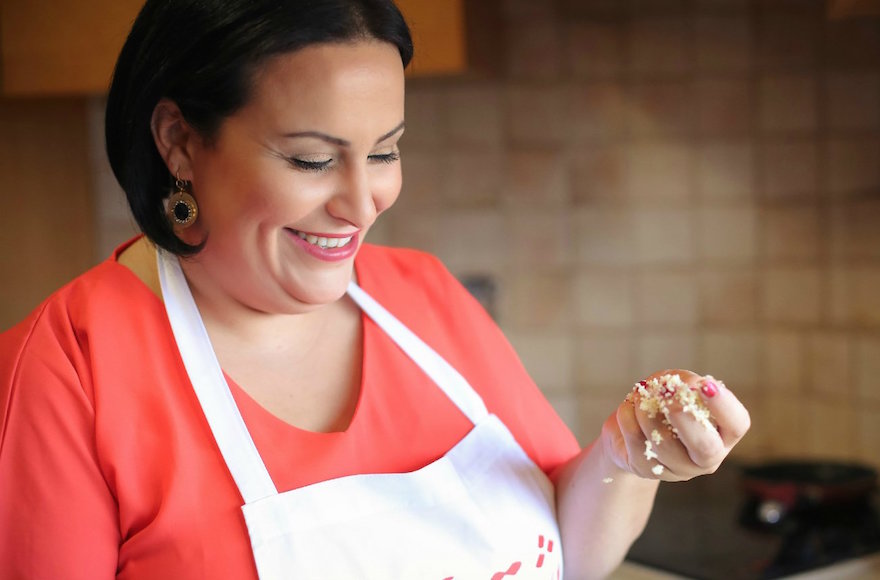 HAIFA, Israel (JTA)  — They say that man’s heart can be reached through his stomach. And this Christmas, chef Nof Atamna-Ismaeel is hoping the same can be said for the heart of Israeli-Arab coexistence.

Atamna-Ismaeel — a 37-year-old native of Baqa al-Gharbiya, a predominantly Arab town near the northern Israeli city of Haifa — wowed audiences here during the 2014 season of “MasterChef Israel” with her creative amalgam of modern molecular gastronomy and traditional Palestinian recipes. She won the season, making her the first Arab contestant to take home the prize, and quickly set her sights on Haifa as the ideal setting to bring Israel’s Muslim, Jewish and Christian communities closer together through food.

Three years ago, Atamna-Ismaeel launched the A-Sham food festival, an annual celebration of Arab flavors — from kadaif, a sweet cheese pastry, to kubbeh, a dumpling soup. This year’s event, from Dec. 13 to 15, drew a record crowd of nearly 50,000 to this city’s rapidly gentrifying downtown.

“Our heterogeneity is our beauty and the beauty of Israeli food in general,” Atamna-Ismaeel told JTA. “It’s not interesting when everyone is the same. And Haifa is the perfect setting for this.”

Haifa is considered a model for Arab-Jewish coexistence, with Jews and Muslims working and living side by side. Israel’s third largest city has been proudly celebrating its multicultural heritage every December since 1994, when the roving Muslim festival of Ramadan happened to fall smack in the center of the Christmas and Chanukah holidays. That year Beit Hagefen, a local Arab-Jewish cultural organization, launched Holiday of Holidays, a festival to celebrate the unique trifecta. An annual Christmastime tradition was born.

Since 2015, however, the A-Sham festival — the name comes from the Arabic word for the Levant region, which spans the Eastern Mediterranean — has been the undisputed star of the show.

“There’s so much good food to be had in Haifa,” said Jessica Halfin, a food and culture writer who lives in Haifa and also gives culinary tours. “The A-Sham festival is a great excuse for people of all backgrounds to come get to know the amazing downtown food scene that we have here while also having a chance to try new and unexpected dishes and flavors from the Arabic kitchen.”

This year, Atamna-Ismaeel convinced more than 70 chefs to spend the weekend cooking and collaborating in Haifa. Despite their varied backgrounds, the menus stayed true to the theme of Arabic cooking and the unique flavors of Levantine culture.

Jewish, Muslim, Druze and Christian chefs were installed in the kitchens of local Haifa restaurants to create a special dish. Bright posters hung outside each participating spot and hungry visitors, armed with maps highlighting the A-Sham route, could purchase and taste each plate for 35 shekels (approximately $10). 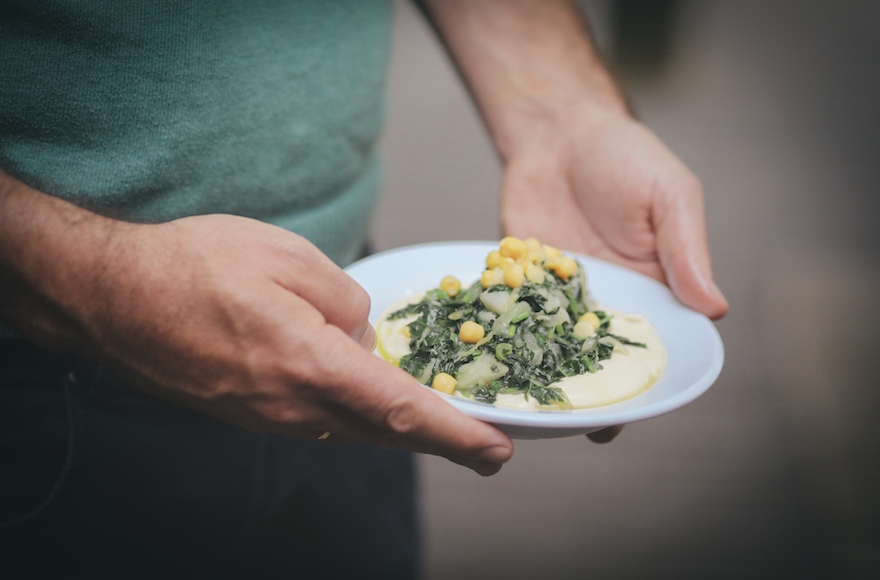 Several local restaurants also offered special dishes without partnering with an outside chef. The standouts included bourekas made in the Izmir, Turkey-style, with tangy jibneh cheese and sweet zaatar herbs at the downtown canteen Tourkish Bourekas, and at Maafiyat HaBankim, a legendary pastry shop, the yellow-colored Khubais Asfar, or “Bread of the Dead,” a round golden pastry studded with bitter nigella seeds that is traditionally distributed in Arab cemeteries.

The time away from his own kitchen was well worth it, he said.

“I believe in coexistence,” he said over bites of his savory, lemony dish, which was thicker than Eliahu’s traditional hummus and more satisfying. “But coexistence is something like the weather in England — everybody talks about it, but very few people actually do something about it.

“I’m here to support anybody who supports coexistence,” he added. “It’s the only way to guarantee a better future for our children and grandchildren.”

Next year, visitors can expect the festival to have grown even broader in scope, Atamna-Ismaael said, refusing to reveal much but hinting at the idea that chefs from beyond Israel’s borders would be involved.

Of course, even after the holiday season draws to an end — and the Christmas trees, larger-than-life menorahs and twinkling lights are all put away for the year — Atamna-Ismaael points out that in Haifa, Jews, Muslims and Christians will still be living side by side.

“They’re not walking around with a sign that says ‘Coexistence is great!’ or ‘We want coexistence!’” she said, laughing. “They’re just living it. Here in Haifa, it’s not a slogan. It’s actually happening.”