Amy Schumer on learning about her Jewish ancestors: ‘I think this will change me’ 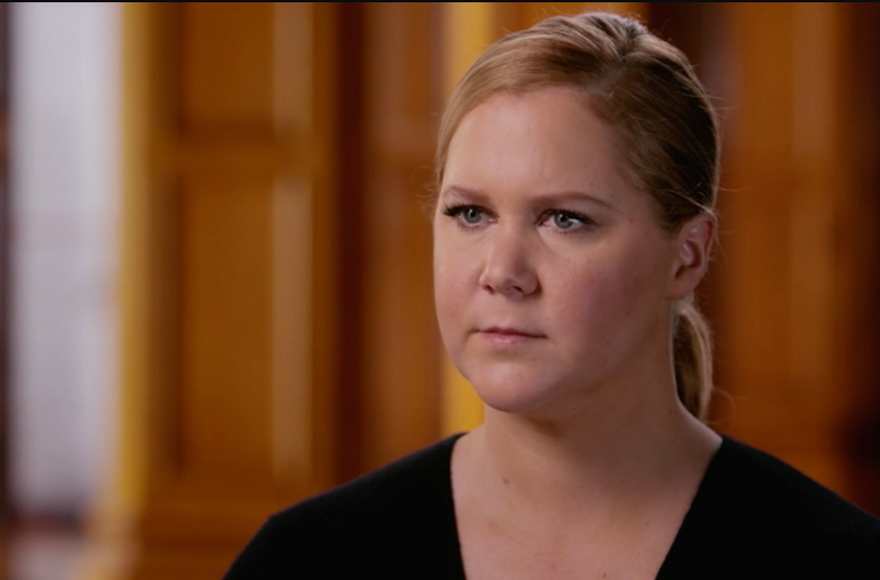 Amy Schumer learned details about her Jewish relatives on Season 4, Episode 10 of "Finding Your Roots With Henry Louis Gates Jr.," which aired on Dec. 19, 2017. (Screenshot from PBS)
Advertisement

(JTA) — Amy Schumer teared up while learning details about her relatives’ journey from Eastern Europe to the United States on the PBS series “Finding Your Roots with Henry Louis Gates Jr.”

Seeing an immigration document with the names of her great-grandmother and her parents, who left what is now Ukraine in 1912, brought tears to the Jewish comedian’s eyes on Tuesday night’s episode of the series.

“I’m excited to find out about that town and think about them more,” Schumer told Gates of the town where her relatives came from. “And I know I’ll go see this grave. I think this will change me.”

Schumer also learned that her eight-great maternal grandfather and his two siblings were captured by Native Americans in Massachusetts and taken as prisoners to Canada. While one sister was ransomed, the two brothers were given the choice to return a few years later. Both chose to remain with their captors. Schumer’s mother converted to Judaism before marrying her father, according to Vogue.

By the way, Sen. Charles Schumer, the Senate minority leader, is the first cousin of Amy Schumer’s father Gordon. The senator and the comedian have worked together to promote gun control.

Schumer isn’t the first Jewish celebrity to appear on “Finding Your Roots,” now in its fourth season. In previous episodes, prominent Jews including Scarlett Johansson, Paul Rudd, Dustin Hoffman, Carole King, Larry David and Bernie Sanders have all been enlightened about their family histories.