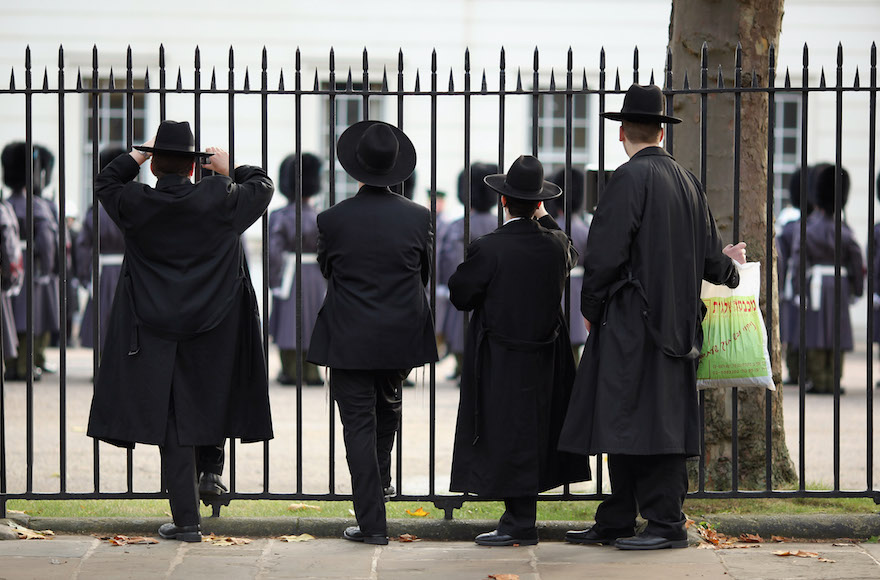 The court ruled Wednesday that “the best interests of these children seen in the medium to longer term is in more contact with their father if that can be achieved,” the Jewish Chronicle reported.

“So strong are the interests of the children in the eyes of the law that the courts must, with respect to the learned judge, persevere. As the law says in other contexts, ‘never say never.’ To repeat, the doors should not be closed at this early stage in their lives.”

The woman, who left a haredi community in Manchester, had made the request to the High Court of Justice of England and Wales to see her five children, whom she fathered when she was living as a man. That court ruled in January that she could not have direct contact with her children, but be allowed to send them letters or cards four times a year on Jewish festivals and their birthdays.

The family has remained anonymous.

The new judgment means that the case will now be sent back to the family court, where the judge in the case will be required to take into account the Court of Appeal’s recommendation that direct contact between the father and her children be established. The case can then go to the Supreme Court of the United Kingdom.

The transgender woman, who left the family nearly three years ago, had been considering hormone therapy and surgery, according to the Jewish Chronicle. She reportedly believes she is the first transgender person to have left a U.K. haredi community.

The children’s mother had said during lower court proceedings that if the children had direct contact with the transgender woman, other parents would not allow their children to play with them, and several community rabbis was backed her testimony. The children could also be denied places at good yeshivas and schools, be prevented from marrying into some families, and the entire family could be shunned by the community, the court was told.

The lower court judge also wrote that his decision was not “a failure to uphold transgender rights … but the upholding of the rights of the children to have the least harmful outcome in a situation not of their making.”