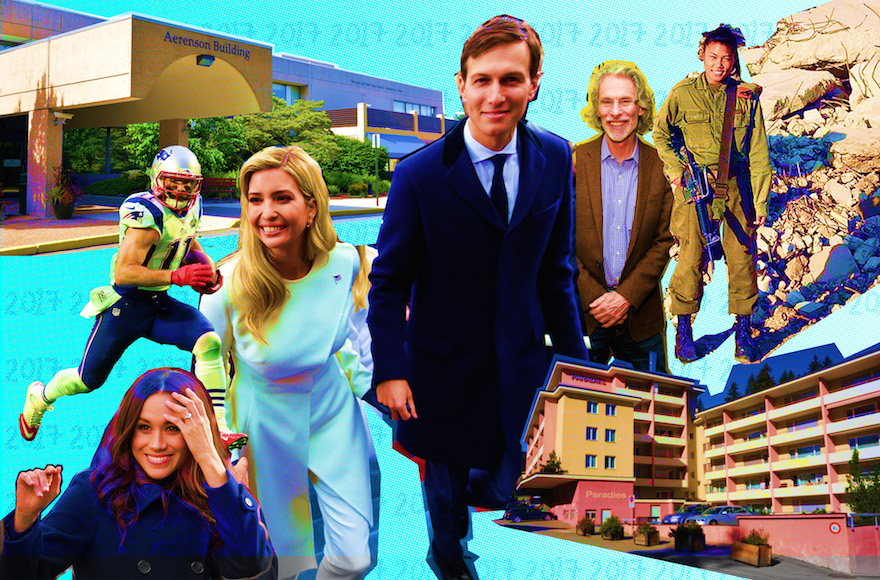 (JTA) — It’s been a busy year here at JTA, where we’ve published thousands of stories covering topics as diverse as celebrity profiles to the rise of Europe’s right-wing to breaking the news of bomb threats at Jewish institutions across the U.S.

Among the nearly 5,000 pieces we published over the past 365 days, these are 10 that resonated with our readers the most.

How many have you read?

1. Some 30 Jewish institutions across U.S. targeted in second wave of bomb threats

A complex in Wilmington, Del., housing four Jewish organizations was evacuated after receiving a bomb threat. (Courtesy of Siegel JCC in Wilmington)

Little more than a week after 16 Jewish community centers and other institutions were evacuated in a mass bomb-threat scare, a second wave of threats called in to even more JCCs rattled the Jewish world. The culprit turned out to be a Jewish teenager who carried out the calls from Israel, but the troubling phenomenon — which many saw as evidence of increasing anti-Semitism in the U.S. — persisted for months. 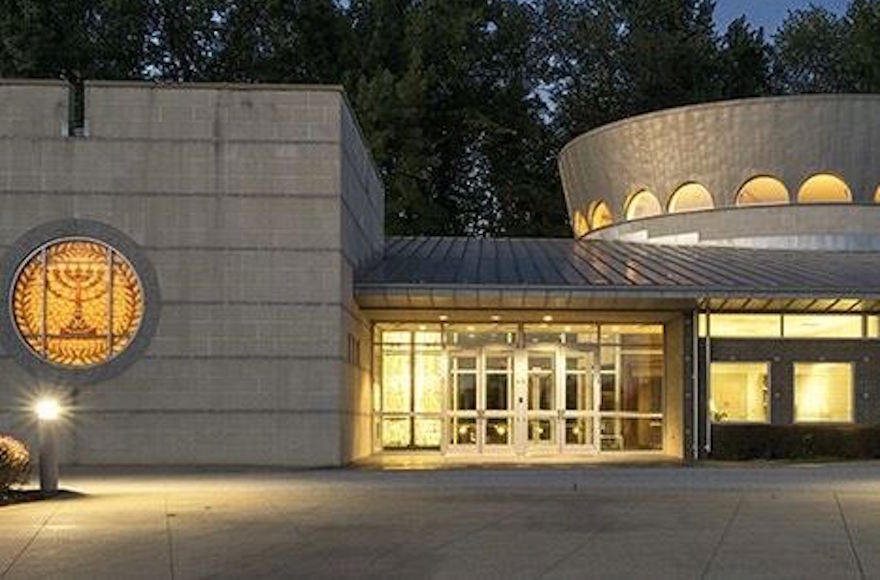 Amid the rash of bomb threats made to Jewish institutions, a gunman shot a hole in the window of a Hebrew school classroom.

3. Popular neo-Nazi blogger resigns over revelation his wife is Jewish 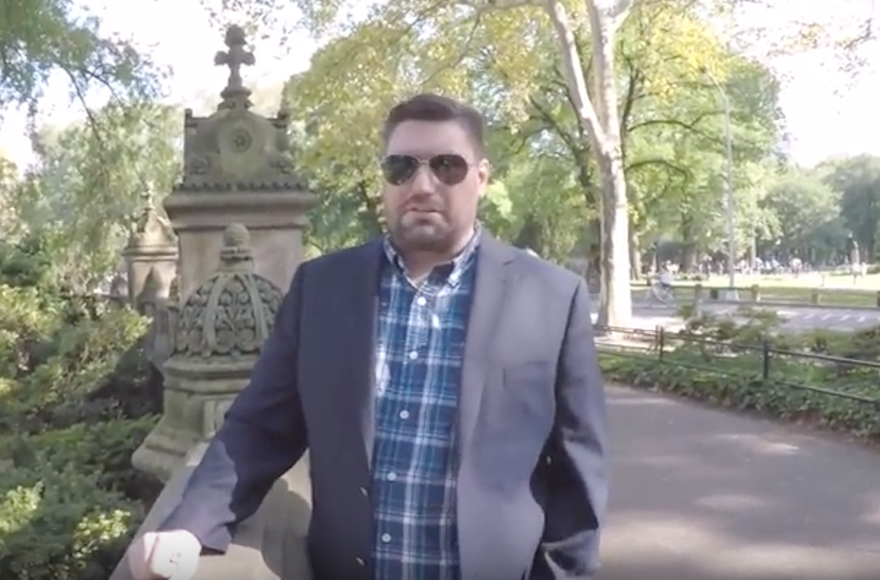 Mike Enoch was outed as Mike Peinovich. (Screenshot from YouTube)

The founder of the popular right-wing blog The Right Stuff was outed as Mike Peinovich, a website developer from New York married to a Jewish woman. He resigned from working on the site, which was known for popularizing the triple parentheses “echo” used to identify Jews online. 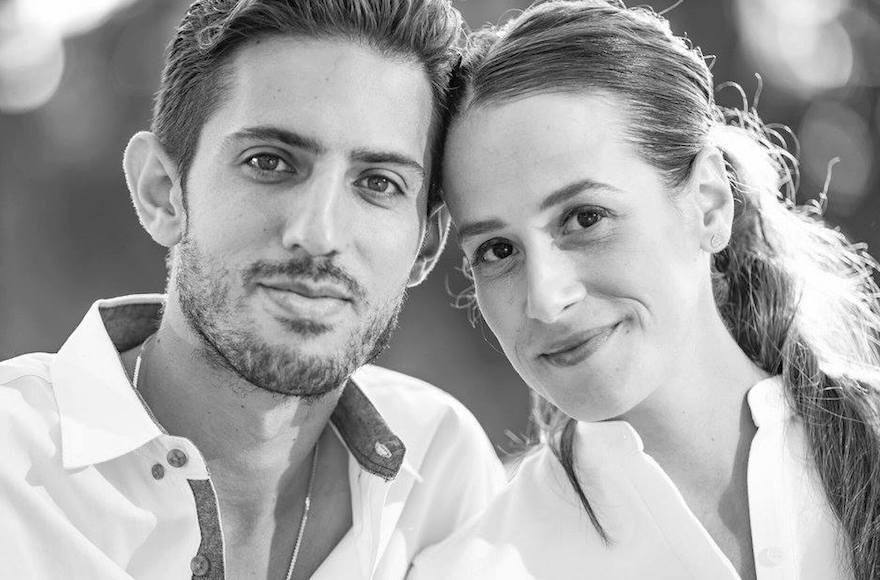 Krief’s devastating and rare form of brain cancer had moved Kim Kardashian to post about him on Facebook. After bone marrow drives were held for him around the world, Krief found a match — but eventually he succumbed to complications from the cancer.

5. A New Yorker editor picks 7 of his favorite Jewish cartoons 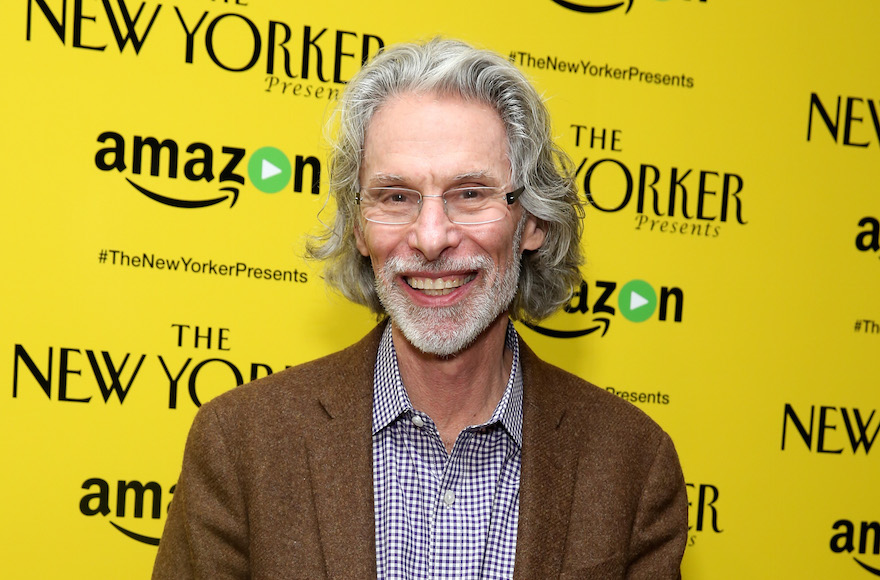 Before ending his 20-year run as cartoon editor for The New Yorker, Bob Mankoff spoke with JTA about his Jewish roots (“The Jews of the Bible aren’t funny”) and shared his favorite Jewish cartoons from the magazine. 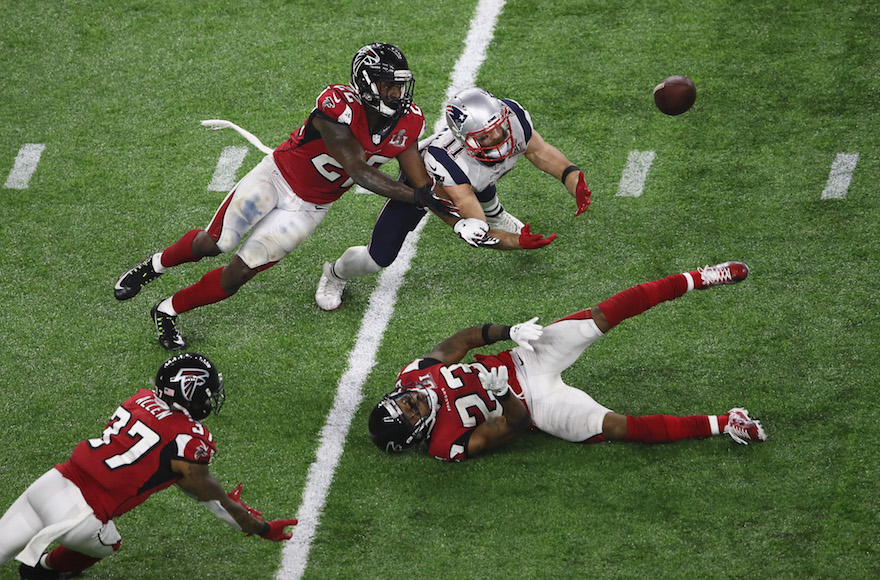 In advance of Super Bowl LI — in which Julian Edelman went on to make an improbable and crucial catch — we looked back at the numerous times the New England Patriots wide receiver showed off his Jewish pride. 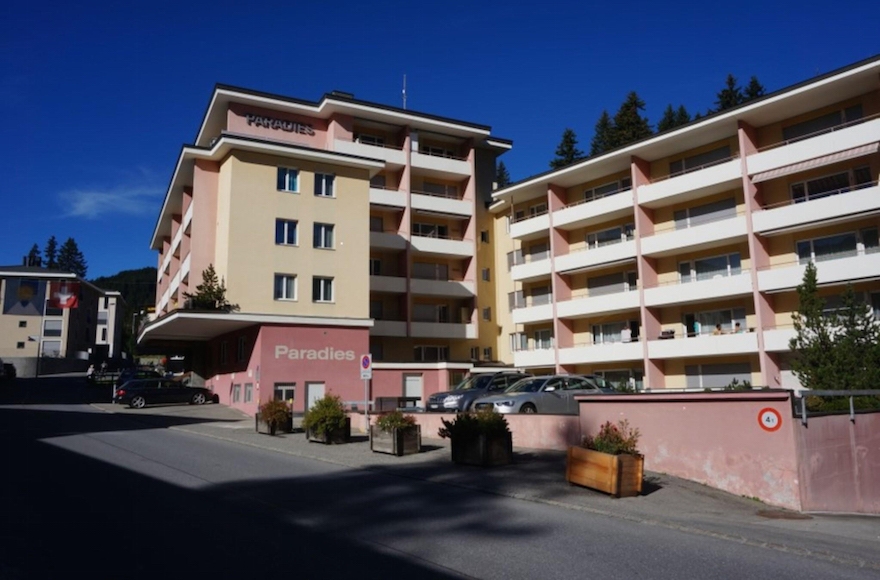 “I have nothing against Jews, whom we regularly receive warmly here,” hotel manager Ruth Thomann said. As JTA’s Cnaan Liphshiz noted, the gaffe — a sign that instructed “Jewish guests” to shower before using a pool — and its consequent media frenzy turned out to be a big misunderstanding.

8. Jared and Ivanka’s rabbis don’t know who gave them permission to fly on Shabbat 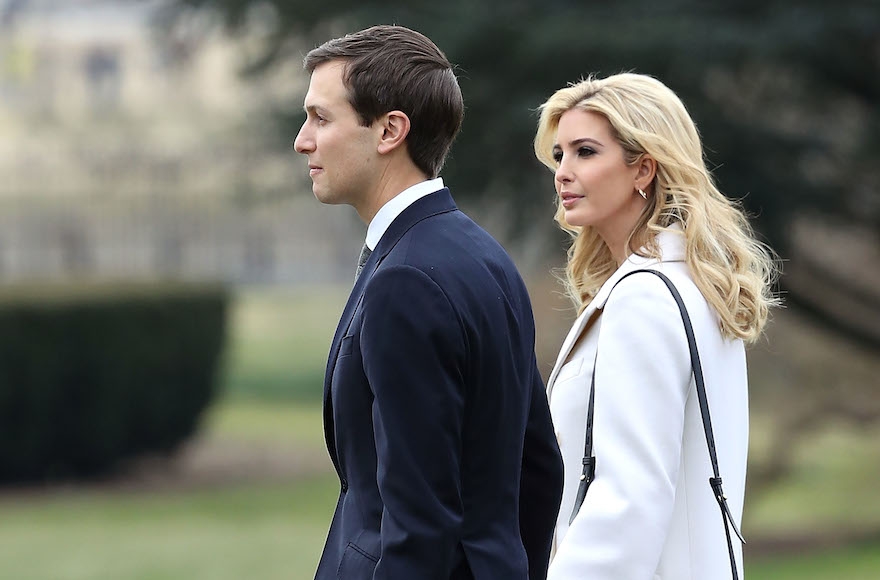 The observant couple flew to Saudi Arabia for a government trip on a Friday night, stirring controversy in religious circles.

9. Why this Filipina is fighting for Israel 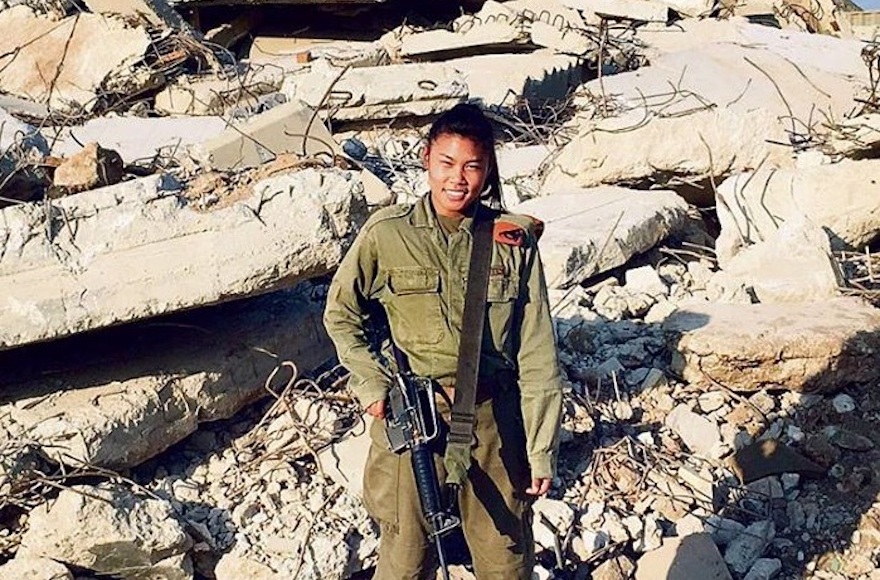 Staff. Sgt. Joana Chris Arpon isn’t Israeli or Jewish, but she chose to serve in the Israel Defense Forces after an army team saved her grandmother from a typhoon.

10. Is Meghan Markle Jewish? The internet is confused. 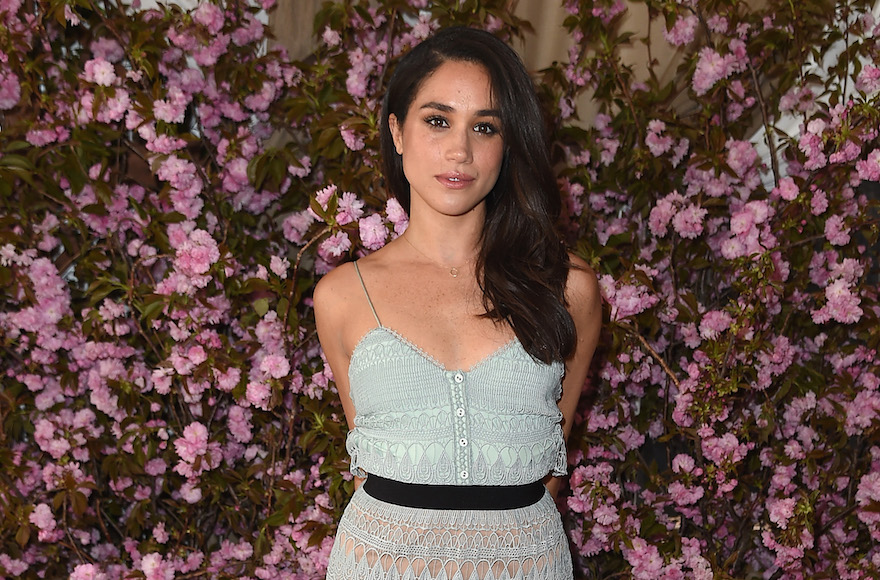 Meghan Markle at the Glamour and L’Oreal Paris Celebrate 2016 College Women Of The Year celebration at the NoMad Hotel Rooftop in New York City, April 27, 2016. (Nicholas Hunt/Getty Images for Glamour)

As rumors — whoops, rumours — about Prince Harry and Meghan Markle’s engagement picked up steam, a British tabloid claimed that the mixed-race actress has a Jewish father. As it turned out, the story wasn’t that simple.