This rabbinical student explains Judaism to Muslims in Arabic 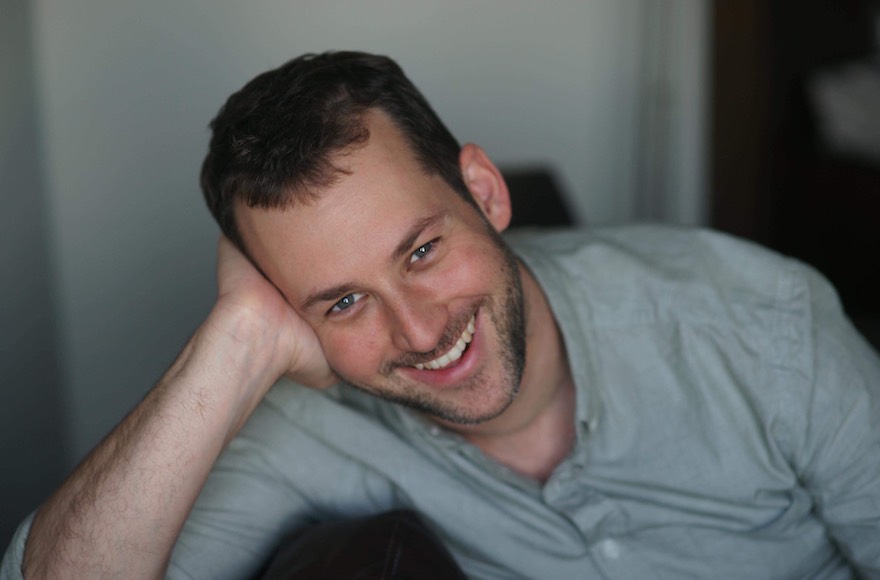 Elhanan Miller, a journalist and rabbinical student who speaks fluent Arabic, sees his videos as a way to bridge a religious divide. (Bruria Hammer)
Advertisement

These are just a few of the questions Elhanan Miller has heard over the years. A fluent Arabic speaker and former Arab affairs correspondent for the Times of Israel, Miller saw that many Muslims he knew didn’t have a clear understanding of Jewish practices and beliefs. So he decided to start teaching Muslims about Judaism, in a language and context they can relate to.

That’s the idea behind Miller’s new project, “People of the Book,” a series of short animated videos that explain Jewish faith and ritual in Arabic and compare them to similar Muslim practices. It appears to be the first video series of its kind: an explanation of Judaism for Muslims in what, for many, is their native language. The first two videos have racked up hundreds of thousands of views on Facebook and Youtube.

The first video, released in July, compares keeping kosher with keeping halal. It explains that kashrut, like halal, forbids pork and has laws around slaughtering animals. But kashrut prohibits eating shellfish, for example, while halal permits eating any creature of the sea.

A second video, released earlier this month, covers Jewish prayer (three times a day vs. five for Muslims, with less kneeling on the floor). Miller is planning more videos on clothing and modesty, Jewish conceptions of God and fasting in Judaism.

“There’s a big overlap between Judaism and Islam in those specific areas,” he said. “Islam has dietary laws like Judaism, and the structures of daily prayers at fixed times are similar in Judaism and Islam. I thought it would be good to start with the commonalities before going into the differences.”

Miller is an observant Jew who born in Jerusalem to Canadian parents. He fell in love with Arabic when he began studying it in seventh grade, and continued using it during his service in the Israel Defense Forces and in college.

He earned a master’s degree in Islamic studies from Hebrew University, and has been a journalist for eight years, doing much of his reporting on the Arab world. Miller also studies at Beit Midrash Har’el, a traditional egalitarian rabbinical school in Jerusalem. The school has shared links to his videos, and he sees bridging between the two religions as part of his rabbinic calling.

“I want to be a rabbi who brings peace to the world,” he said.

Miller started producing the videos after teaching Muslims about Judaism as part of the Shorashim project, which brings  Jews from the West Bank settlement bloc of Gush Etzion together with their Palestinian neighbors. Together, they do joint activities, like shared meals and agricultural work. He figured the same lessons would interest a wider audience, which has proved true.

The videos take several weeks to produce together with two partners: an animator in Israel, and a native Arabic speaker who co-narrates the script.

There’s one topic, however, that Miller isn’t planning to tackle anytime soon: Israel. He may address Jerusalem, which is holy to Jews and Muslims, in a future video, but says that broaching sensitive issues could derail the larger project of promoting understanding.

“My aim is not to do Israeli hasbara,” he said, using a Hebrew term for public relations. “I speak in these videos as a Jew more than an Israeli, because Israel is a contentious issue and I’m trying to build credibility and even sympathy with my followers.”

To maintain that relationship between videos, Miller held a Facebook live session Thursday, in Arabic, about Judaism in “ask me anything” form. The questions concerned everything from the status of Moses in both religions to how Jews view other faiths.

Of course, Jews have plenty of misconceptions about Islam as well, Miller said — like some who mistakenly think that Jews suffered more, historically, under Muslim rule than under Christian rule. But while he’d love to collaborate on a similar video series that explains Islam to Jews, he said that he — as a non-Muslim — is not the right person to lead that project.

“I don’t see it as my job to explain Islam to Jews,” he said. “It has to be someone from that faith.”