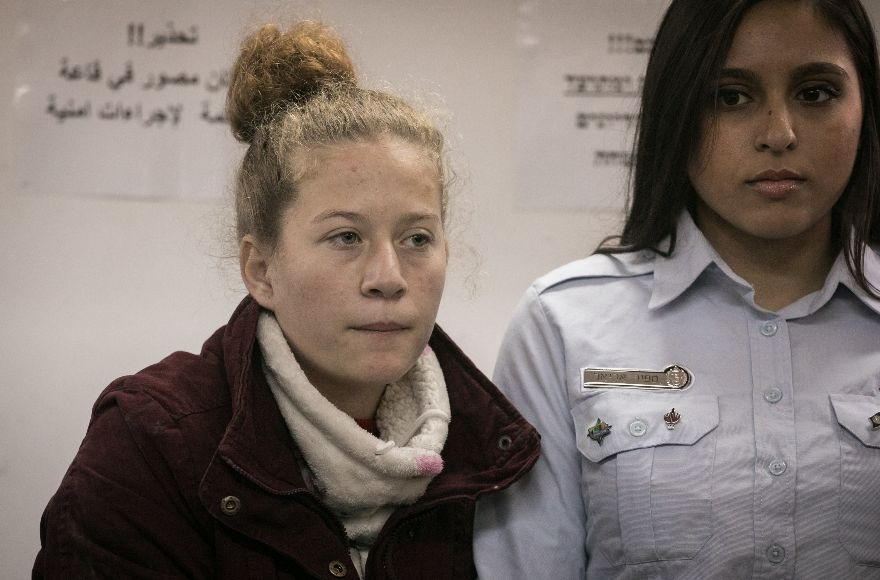 Ahed Tamimi, 16, was charged with aggravated assault, hindering a soldier in the line of duty, incitement, threatening a soldier’s life and rock throwing. The indictment covers six different incidents in recent months in which she got into altercations with Israeli soldiers, including the Dec. 15, 2017 incident that was captured on video.

Her mother, Nariman, was indicted over her involvement in the Dec. 15 incident.  She was also charged with incitement to terrorism on Facebook, for posting the video of the incident.

A cousin, Nour Tamimi, 21, was indicted on Sunday on charges of aggravated assault of a soldier and preventing soldiers from carrying out their duties.

The Military Advocate General requested that all three women be remanded until the end of proceedings against them.

The three were filmed slapping and harassing the soldiers in the West Bank village of Nabi Saleh in an apparent attempt to provoke a violent response. The video went viral on social media.

The Tamimis are well-known anti-occupation activists. Two weeks ago, Israeli troops shot a male cousin, 15, in the face with a rubber bullet, and he was for several days in a medically induced coma, an incident that the family says prompted the women to push the soldiers away from in front of the family home.

Ahed Tamimi is well known as a leader of youth protests against Israeli soldiers in the West Bank. She first came to prominence after being filmed several years ago biting a soldier who came to arrest her brother at their home following a weekly Nabi Saleh anti-occupation protest.