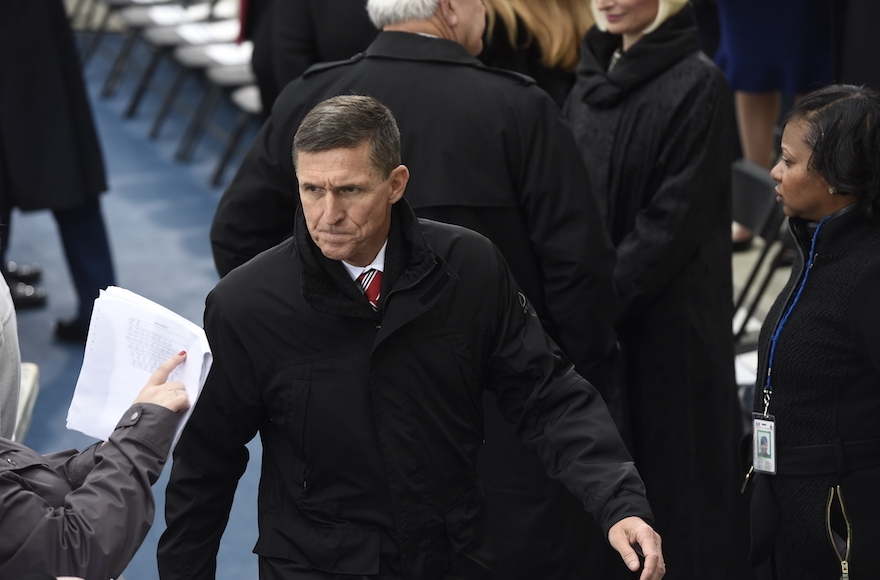 WASHINGTON (JTA) — Efforts by the Trump transition team to kill a 2016 U.N. Security Council resolution slamming Israel’s settlement policies were more widespread than was previously known, according to a Wall Street Journal report.

The report Friday said the effort encompassed a number of transition officials beyond Michael Flynn, the national security adviser-designate who was previously known to have made the effort.

Also involved in the effort were Jared Kushner, Trump’s son-in-law, who directed Flynn to make the calls, and Nikki Haley, the designated ambassador to the United Nations who put in a call to her outgoing counterpart, Samantha Power.

In November, Flynn pleaded guilty to lying to the FBI about a call he made to the Russian ambassador at the time asking him to stop the December 2016 vote. Flynn’s wrongdoing rests in the lie, not in the actual call.

Kushner is believed to be a target of the same federal investigative team that extracted the guilty plea from Flynn. The team, led by Special Prosecutor Robert Mueller, is looking into allegations of collusion between the Trump campaign and transition teams and Russia. Flynn quit as national security adviser after serving only several weeks because of questions about his contacts with Russian officials.

Some observers have said that the Trump team’s intensive foreign policy moves during the transition may have violated the Logan Act, a law on the books since the 18th century that has never been successfully prosecuted. The law, which bans private citizens from conducting foreign policy, is now widely considered unprosecutable, especially when transition officials are involved, as they may be considered employees of an incoming government.

The Trump team made the effort — ultimately unsuccessful — at the behest of Israeli Prime Minister Benjamin Netanyahu. The Obama administration did not vote for the censure, but also did not use the U.S. veto to stop the resolution. It was the only time in two terms that the Obama administration had allowed through a U.N. resolution opposed by Israel.