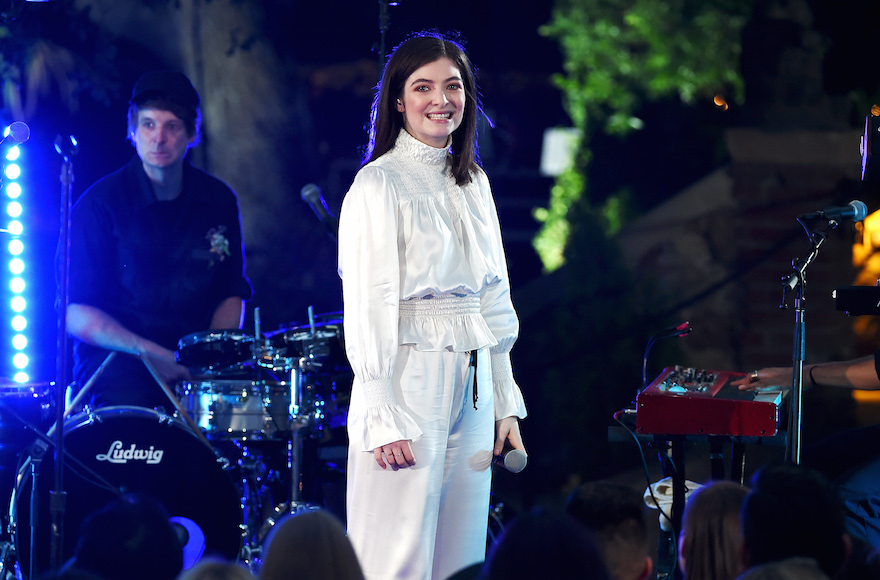 (JTA) — More than 100 artists including musicians, writers, actors and directors signed an open letter published in The Guardian in support of pop star Lorde’s right to cancel her show in Israel.

“We deplore the bullying tactics being used to defend injustice against Palestinians and to suppress an artist’s freedom of conscience. We support Lorde’s right to take a stand,” the letter says. It also says that Boteach “has nothing to teach artists about human rights.”

Lorde said last month she would cancel her Tel Aviv concert less than a week after it was announced following criticism by pro-Palestinian fans in her native New Zealand.

New Zealanders Nadia Abu-Shanab and Justine Sachs — the former Palestinian and the latter Jewish — wrote an open letter on the website The Spinoff saying that Lorde’s scheduled performance in Israel “sends the wrong message.”

Lorde said in a statement about the cancellation that she educated herself about Israel before booking the concert, but that “I didn’t make the right call on this one.”