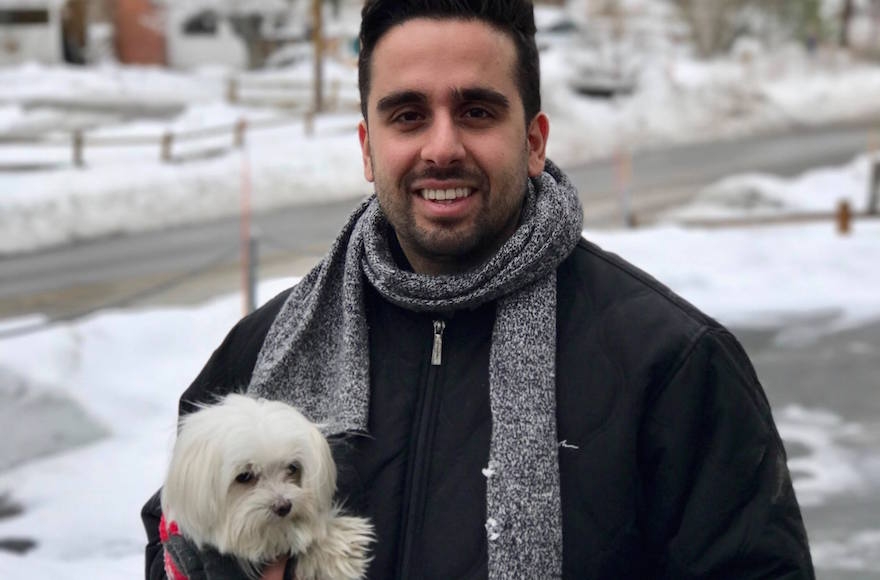 (JTA) — An Israeli citizen living in California under Deferred Action for Childhood Arrivals, or DACA status was jailed for nearly a week and threatened with deportation after making a wrong turn at the U.S.-Mexico border.

Orr Yakobi, 22, is a senior at the University of California, San Diego. He was brought to the U.S. by his parents at the age of 7 and is a so-called “dreamer,” named after the DREAM Act that instituted the DACA program. Under DACA, Yakobi is prohibited from travelling outside of the country.

Yakobi and a friend left an outlet mall in San Ysidro on January 7 and made a wrong turn, accidentally getting on a ramp that led them straight to Mexico without the ability to turn around, NBC San Diego reported.

Yakobi was detained at the San Ysidro Port of Entry and placed in the custody of Immigration and Customs Enforcement. He spent several days at Otay Mesa Detention Center where he faced deportation.

A math and computer science major, he is two classes from graduating and is working as a freelance programmer, according to NBC San Diego.

President Donald Trump cancelled the program in September. Yakobi’s DACA status expires in March, though he may be able to renew it for two more years following a recent court decision temporarily reinstating the program.

An online petition calling for Yakobi’s release had garnered more than 8,000 signatures. Several state and local lawmakers also had written letters on his behalf.

Yakobi was unconditionally released on Friday, with no change to his DACA status.

It’s unbelievable,” Jacob Sapochnick, Yakobi’s attorney, told local news outlets. “I think it was a combination of everything, the political pressure, the logical argument, just trying to get him to finish his school.”

President Barack Obama had launched DACA in 2011 after multiple attempts failed in Congress to pass an immigration bill that would settle the status of 11 million undocumented immigrants. The program protected those who arrived as children from deportation and granted them limited legal status.