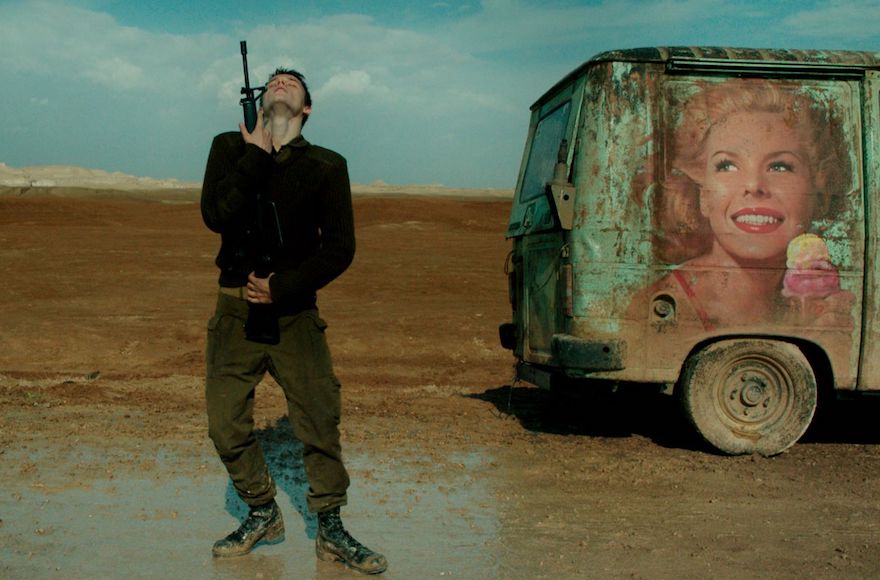 LOS ANGELES (JTA) — With the Academy Awards on the horizon, there is no shortage of high-quality films to see in theaters and on the small screen.

Getting a jump on the festivities, here are five of the best Jewish-themed ones to watch this awards season, from Oscar contenders to short gems.

Directed by Samuel Maoz and starring Lior Ashkenazi and Sarah Adler, “Foxtrot” is a wrenching film about an array of dark topics: parental grief after the death of a soldier son, the joys and stresses of marriage, and the boredom of army life. But it is also about Israeli control of the West Bank and how, in the filmmaker’s view, Israel’s occupation humiliates the occupied and hardens the occupier.

After being named the second-best film at the Venice International Film Festival and winning best film at Israel’s Ophir Awards, it’s on the shortlist for the Academy Award for best foreign language film.

In a phone interview with JTA, Maoz described his movie as “the dance of a man with his fate.” He said “there are many variations to this dance, but they end up at the same starting point.”

In more concrete terms, the film follows an affluent Tel Aviv couple who learn their son has died in the line of duty.

The film has come under fire from Miri Regev, Israel’s controversial minister of culture and sports.

“It is inconceivable,” she declared publicly, “that movies which shame the reputation of the Israel Defense Forces … and that are supported [financially] by the state … are selected to showcase Israel cinema abroad.”

Maoz did not directly address Regev’s criticism, but said, “When my brothers are dying, I have the right to make such a movie.”

“Foxtrot” will open in U.S. theaters on March 2.

Germany’s “In the Fade” dramatizes the rise of neo-Nazism in the country over the past few years through the murder of a Kurdish man, his German wife and their small son by a neo-Nazi couple. The neo-Nazi theme is timely in light of the rise of the far right in Europe and, as demonstrated by the white supremacist rally last summer in Charlottesville, Virginia.

Director Fatih Akin, a German native of Turkish descent, attributes Germany’s growing neo-Nazi sentiment largely to hostility to the large number of refugees, mainly from Muslim countries, who have been admitted into Germany.

“The new neo-Nazis are different from those of the 1980s and ’90s,” he told JTA. “Then they were outcasts and easily recognizable as skinheads. Today’s neo-Nazis are still criminals, but they look like everybody else.”

“In the Fade,” fresh off a Golden Globe win for best foreign film, is also one of the nine films on the Oscar shortlist for best foreign language film. It’s out now in U.S. theaters in a limited release.

“In the Land of Pomegranates” 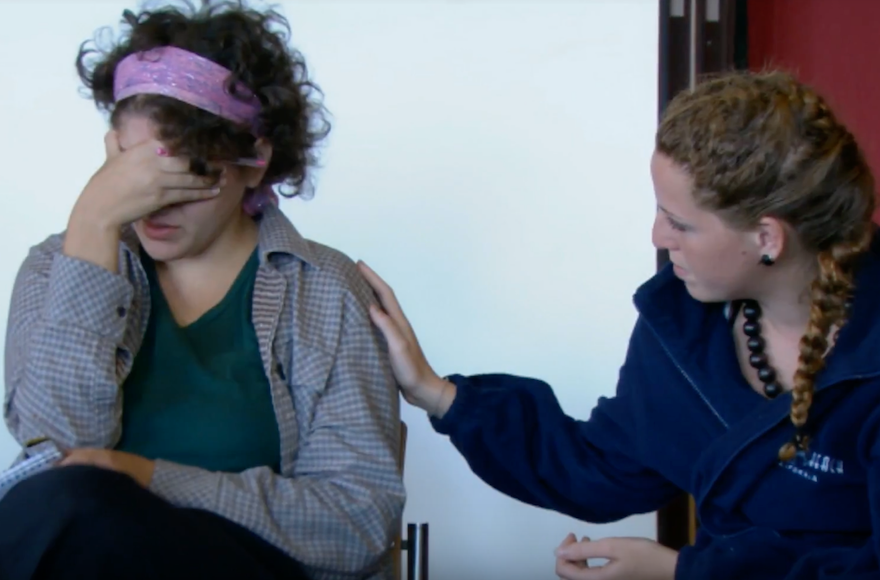 In Hebrew, the word for pomegranate has a double meaning: It can mean either the fruit that symbolizes rebirth or a hand grenade.

The documentary “In the Land of Pomegranates,” directed by Israeli Hava Kohav Beller, wrestles with these conflicting meanings as it explores the chasm between the ways that young Israelis and Palestinians think about each other.

The film follows young men and women who have been brought together in a scenic German town for a program called “Vacation from War.” They live under the same roof, go on joint excursions in the lovely countryside, take a riverboat cruise and argue earnestly for hours on end.

The program started in 2002 and, as one of the organizers put it, “Our goal is not to make participants love each other. If only five people change their attitudes … that’s progress.”

Even this modest goal seems unreachable in the film, although it inadvertently clarifies why decades of peacemaking efforts have proven largely fruitless. Most of the arguments are on the level of “Hamas is a terrorist organization,” as an Israeli participant charges, to which the Palestinian response is, “We are just trying to get back the land you took from us.”

However, the largely pessimistic view is brightened by a couple of episodes that bridge the conflicts. One scene shows Palestinians dancing the dabke and Israelis dancing the hora — and both performances are almost identical.

“In the Land of Pomegranates” will open in U.S. theaters in February and March.

“The Number on Great-Grandpa’s Arm”

How does one teach very young children about the Holocaust? An upcoming HBO short documentary, slated to premiere on International Holocaust Remembrance Day, attempts to provide a model for that daunting task.

In “The Number on Great-Grandpa’s Arm,” Holocaust survivor Jack Feldman and his American-born great-grandson Elliott bond as the 10-year-old (he’s now 12) prompts his ancestor to speak about his Holocaust experiences.

Feldman emigrated after the war and settled in Rochester, New York, where he opened a fish market. He ran the business successfully, though with one quirk. As an African-American customer notes, “Jack has known what hunger is, so he gives free fish to a customer too poor to pay.”

Veteran documentary filmmaker Amy Schatz was attracted to the project because, she said, there is hardly any material on the Holocaust suitable for children and their families. Her goal was to transmit the survivor’s experience “gently and with clarity.” 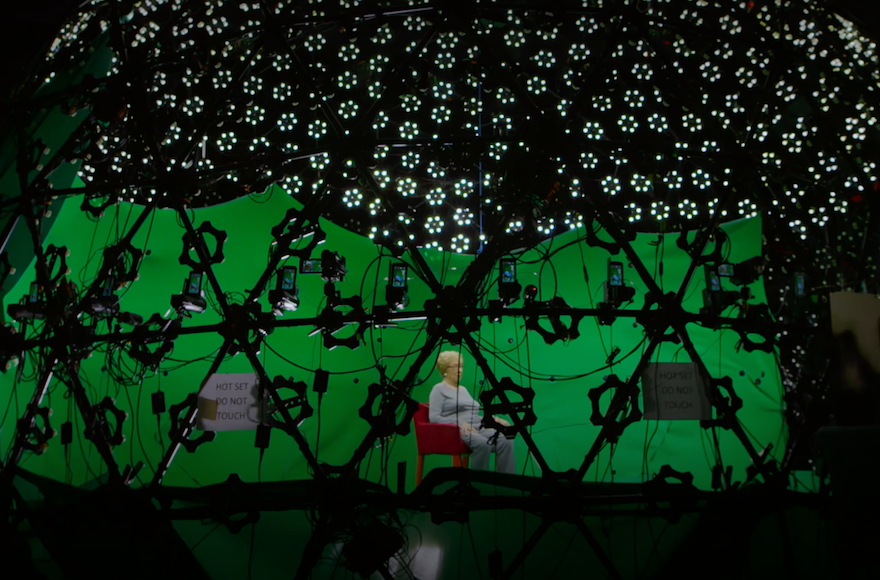 Eva Schloss being filmed in a scene from “116 Cameras.” (Screenshot from The New York Times)

“116 Cameras,” which is one of 10 films on the Oscar shortlist for best short documentary, gives a behind-the-scenes look into the filming of a Holocaust survivor’s testimony. It shows how filmmakers preserve the memories of Eva Schloss, Anne Frank’s surviving stepsister, in the form of an interactive, 3-D, holographic image. The project was a product of Steven Spielberg’s Shoah Foundation at the University of Southern California.

You can watch the film now on The New York Times website.