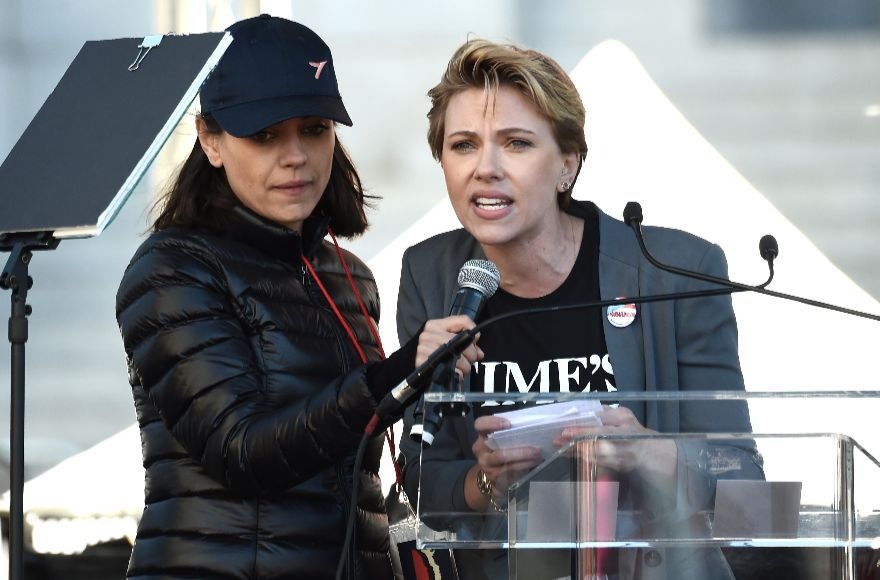 (JTA) — A Palestinian women’s group pulled out of the Women’s March Los Angeles over the inclusion of Jewish actress Scarlett Johansson as a featured speaker.

Several other pro-Palestinian groups also boycotted the march held on Saturday, one of dozens that took place across the United States to fight for women’s rights and progressive causes. The first march held last year took place in cities around the world the day after President Donald Trump’s inauguration.

The Palestinian American Women’s Association cited in a post on Facebook Johansson’s “unapologetic support of illegal settlements in the West Bank, a human rights violation recognized by the international community whose calls only led to a reaffirmation of her position, sending a clear message that Palestinian voices and human rights for Palestinians do not matter.”

Johansson is a former spokeswoman for SodaStream, whose main plant was formerly located in the West Bank. The plant was moved to the Negev Desert in southern Israel  in 2015, where it employs  1,400 employees, one-third of them Bedouin Arabs. More than 70 of the West Bank Palestinians who worked for the company when it was located in Maale Adumim, also work at the new plant.

Johansson resigned as a goodwill ambassador for Oxfam, which supports boycotting West Bank settlements, over her employment by Soda Stream.

“While her position may not be reflective of all organizers at the Women’s March Los Angeles Foundation, PAWA cannot in good conscience partner itself with an organization that fails to genuinely and thoughtfully recognize when their speaker selection contradicts their message,” the Palesitnian women’s group.

Other pro-Palestinian groups that boycotted the march included: Al-Awda: The Palestine Right to Return Coalition, Jewish Voice for Peace, Code Pink, BDS-LA, Jews for Palestinian Right of Return and other organizations who have signed the petition below in boycott of the January 20 march in Los Angeles.