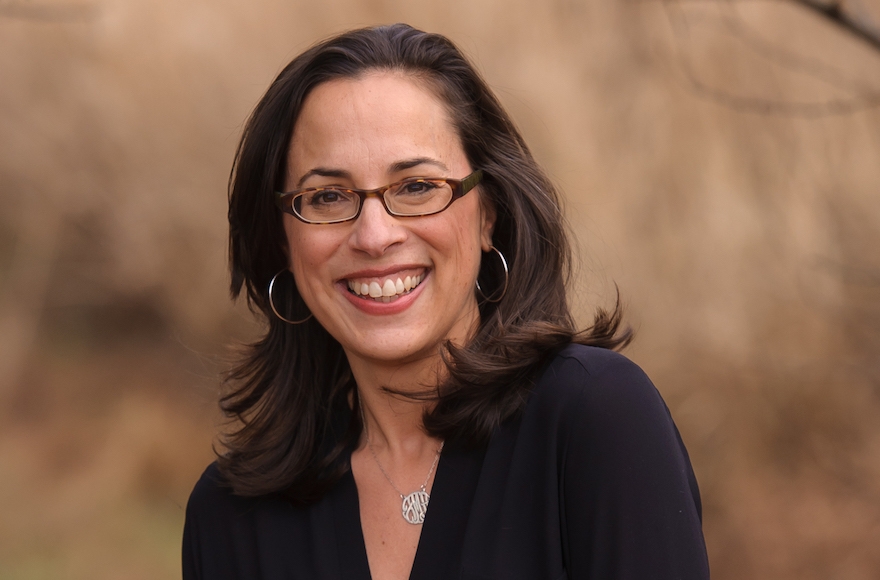 Jennifer Mendelsohn is an amateur genealogist who has been researching President Trump's advisers and supporters. (Courtesy of Mendelsohn)
Advertisement 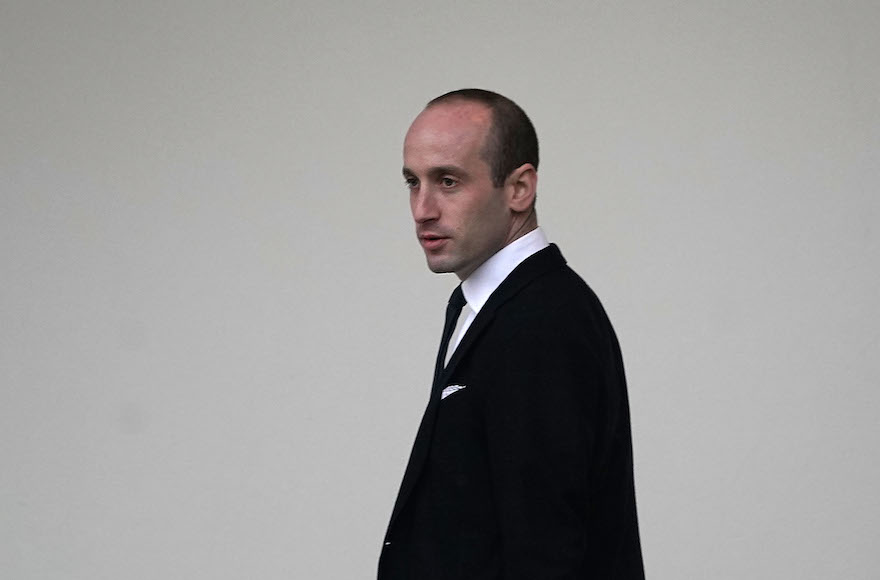 “Does the applicant speak English?” Miller asked, describing a bill to reduce the overall number of immigrants and reform immigration requirements. “Can they support themselves and their families financially? Do they have a skill that will add to the U.S. economy?”

But if English proficiency had been an immigration requirement a century ago, Miller’s own great-grandmother may not have been allowed into the country.

“When you do genealogy, you’re constantly confronted with the reality of our immigrant past,” Mendelsohn told JTA. “It appears from some of the attitudes and stances that people are taking publicly that they’re forgetting that.”

In Miller’s case, Mendelsohn tracked down his great-grandmother’s line item in the 1910 census. The entry noted that four years after arriving in the United States, she spoke only Yiddish, not English.

Mendelsohn has performed similar searches for the immigrant forbears of a handful of President Donald Trump’s advisers and supporters, seeking hard data to support the idea that America is a nation of immigrants. She’s found out about Fox News host Tucker Carlson’s great-great-grandfather, conservative pundit Tomi Lahren’s great-great-grandfather and U.S. Rep. Steve King’s grandmother, who arrived in the United States from Germany at age 4. (“We can’t restore our civilization with somebody else’s babies,” the Iowa Republican tweeted in March.)

On Jan. 9, Dan Scavino, the White House director of social media, called for an end to “chain migration,” which refers to immigrants bringing their relatives to live in the United States. But Mendelsohn discovered that the practice had brought Scavino’s great-grandfather, Gildo, to the country.

“So Dan. Let’s say Victor Scavino arrives from Canelli, Italy, in 1904, then brother Hector in 1905, brother Gildo in 1912, sister Esther in 1913, & sister Clotilde and their father Giuseppe in 1916, and they live together in NY,” Mendelsohn tweeted, listing his family members. “Do you think that would count as chain migration?”

Jennifer Mendelsohn is an amateur genealogist who has been researching President Trump’s advisers and supporters. (Courtesy of Mendelsohn)

In recent days, with Congress and the White House locked in a bitter battle over a federal funding bill and the children of undocumented immigrants, Mendelsohn published her research in Politico, was interviewed on MSNBC and was cited in Breitbart News.

Miller did not respond to a JTA request for comment. But he says the reforms he’s advocating would preserve blue-collar jobs for American workers while making sure the people who arrive on America’s shores will contribute to the country.

“We want to have an immigration system that takes care of the people who are coming here and the people who are already living here by having standards, by having a real clear requirement that you should be able to support yourself financially, by making sure that employers can pay a living wage,” he said at the August news conference.

Mendelsohn, a freelance journalist from Baltimore, has been an amateur genealogist for years, mostly focusing on her own family, friends and adoptees seeking their biological parents. She calls her own family’s genealogy a “classic Eastern European Jewish immigrant story,” and disputes the idea that people need to have skills in order to be welcomed into the United States.

Only one of her grandparents was born in America, and the others came as unskilled immigrants. (Her brother, the classicist Daniel Mendelsohn, wrote about their extended family in his 2006 memoir, “The Lost: The Search for Six of Six Million.”) Now, she says, two of those immigrants’ great-grandchildren have doctorates.

“I grew up exquisitely aware that we were proud and patriotic Americans, but we came from other places,” she said. “We came here seeking more opportunity and we were allowed to have that opportunity. I feel it’s my obligation to remind other people that that’s what happens when you let the kind of immigrants people are looking down on now into this country.”

To trace the family trees, Mendelsohn first finds the names of public figures’ immediate families, then takes those names to search databases for obituaries of grandparents, great-grandparents and other relatives. She then uses paid services to track down birth, death and marriage certificates, and also searches public census data from 1940 and earlier. Censuses before that year contain personal data on nearly every person in the country.

“If you know your grandparents were Ida and Hyman Cohen and they lived in Milwaukee, it will pop up [and] it will show you their addresses, their ages, their places of birth,” she said.

Mendelsohn hasn’t heard back from any of the officials she’s researched, and doesn’t expect to. But she’s still tracing their lineages. On Sunday, she posted a revelation from one of the genealogical sites she uses.

“Oh sh*t,” she tweeted. “Does this mean I have to invite him for Passover?”