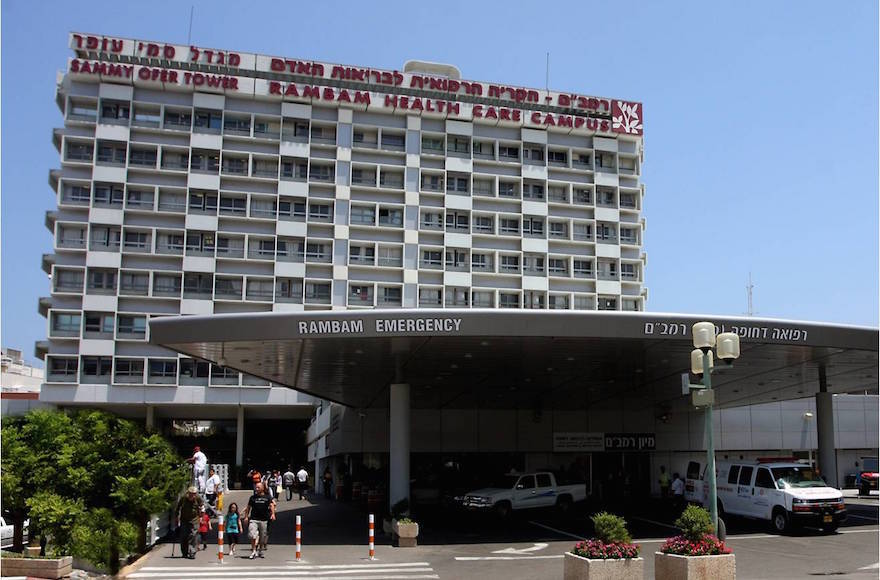 JERUSALEM (JTA) — The U.S.-based Helmsley Charitable Trust has awarded an $18 million grant for the construction of the Helmsley Health Discovery Tower on the Rambam Health Care Campus in Haifa.

The planned 20-story tower, which will house medical research and innovation projects, is a joint project of Rambam and the University of Haifa. The Technion-Israel Institute of Technology also will collaborate on the project, using facilities in the tower for medical engineering activities.

The tower will house the clinical institutes of Rambam Health Care Campus in Ophthalmology and Gastroenterology, and the School of Graduate Dentistry, as well as The Clinical Research Institute at Rambam for research in the fields of brain and neuroscience, cancer, cardiology, diabetes, nephrology, human genomic medicine, medical devices and minimally invasive surgical advances.

It is the largest grant ever committed to Israeli institutions by the Helmsley Charitable Trust, according to the trust.

Harry and Leona Helmsley owned a chain of hotels and the Empire State Building. Leona Helmsley spent 19 months in federal prison for tax evasion and mail fraud beginning in April 1992. She died in 2007. Harry Helmsley died in 1997.