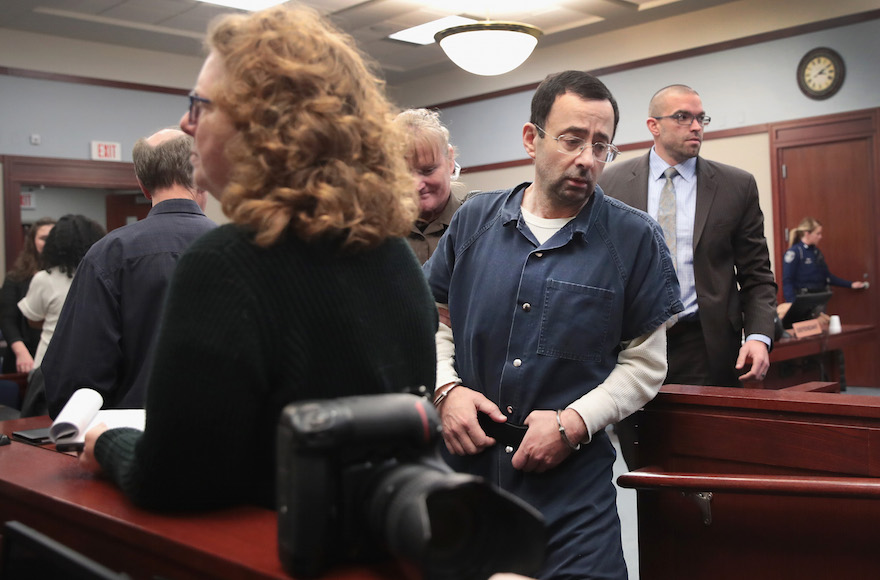 (JTA) — Larry Nassar, the team doctor for USA Gymnastics and Michigan State University, was sentenced to 40 to 175 years in prison for molesting gymnasts who sought treatment.

“It is my honor and privilege to sentence you,” Judge Rosemarie Aquilina said Wednesday in a county court in Lansing, Michigan, adding in reference to the length of the term, “I just signed your death warrant.”

Raisman, who is Jewish, said during a 13-minute victim impact statement: “Larry, you do realize now that we, this group of women you so heartlessly abused over such a long period of time, are now a force, and you are nothing. Larry, the tables have turned. Larry, we are here. We have our voices and we are not going anywhere.”

Nassar, 54, who pleaded guilty in November to sexual assault against seven girls, spoke before the sentencing and offered an apology.

“Your words these past several days have had a significant effect on myself and have shaken me to my core,” he said. “I will carry your words with me for the rest of my days.”

Nassar had been sentenced previously to 60 years in federal prison on three counts of child pornography.