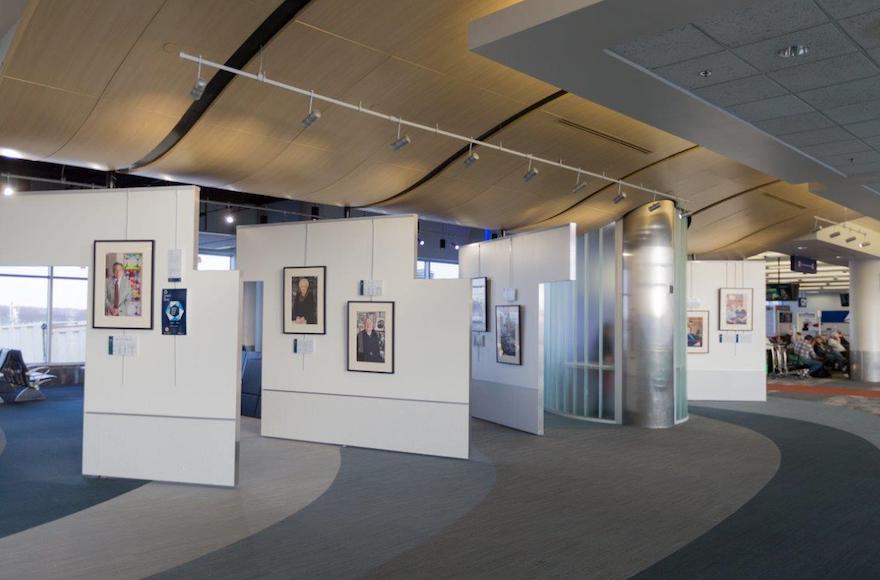 A view of the Transfer of Memory exhibit at the Minneapolis-St. Paul International Airport. (David Sherman Photography)
Advertisement

(JTA) — If you’re going to Minneapolis to see the Super Bowl, you’ll also be viewing photos of Holocaust survivors at the airport.

That’s the idea behind “Transfer of Memory,” a traveling exhibit of photos of Holocaust survivors, mostly from the Twin Cities, that is being shown at Minneapolis-Saint Paul International Airport. The exhibit has been on tour since 2012, but the organizers placed it in the airport’s two terminals starting last month so it would overlap with International Holocaust Remembrance Day on Saturday and the run-up to Super Bowl LII on Feb. 4.

“Given the incredible amount of people who will be coming through the Twin Cities area, it’s an issue that needs increased awareness, not just in the Jewish community but in society in general,” Mark Wilf, the co-owner of the Minnesota Vikings who is funding the exhibit at the airport, told JTA. The Big Game will be played in U.S. Bank Stadium, which Wilf and his brother Zygi built as the home of the Vikings.

Wilf, whose parents survived the Holocaust and went on to establish a major real estate business in New Jersey, said he hopes the exhibit personalizes an abstract concept and teaches people about the need to fight bigotry and prejudice today. 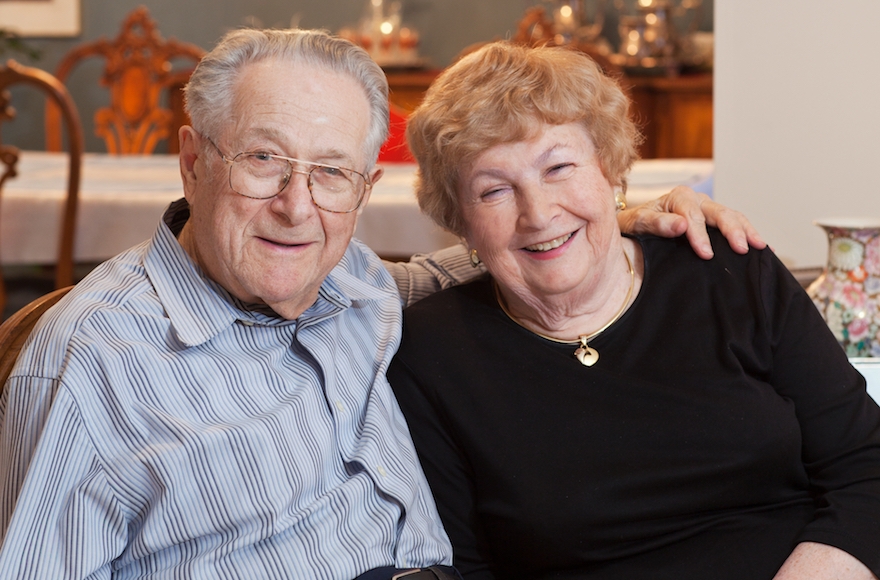 Edith and Max Goodman, two of the survivors featured in the exhibit. (David Sherman Photography)

“These survivors are incredible individuals, not just the fact they survived, but that they came to this country and built productive and wonderful lives and participated in building community,” said Wilf, a supporter of a range of Jewish causes and a board member of 70 Faces Media, JTA’s parent company.

The photo exhibit consists of 44 recent portraits of Holocaust survivors in their homes. A vignette accompanying each photo describes the survivors’ life stories, their experience during the Holocaust or how they have coped with its memory.

David Sherman, a Minnesota-based photographer who works for the state’s franchises in the NBA and WNBA, took the photos. Lili Chester, an Austria native and the daughter of survivors, wrote the vignettes.

Approximately 100,000 Holocaust survivors are living in the United States, nearly all of them older than 75. The exhibit aims to preserve survivors’ stories at a time when there are fewer and fewer opportunities to hear them firsthand. Wilf said about a third of the survivors in the project have passed away.

“People seeing these beautiful, colorful photographic portraits can get a visual sense of the humanity of the survivors,” said Steve Hunegs, executive director of the local Jewish Community Relations Council, which helped organize the exhibit.