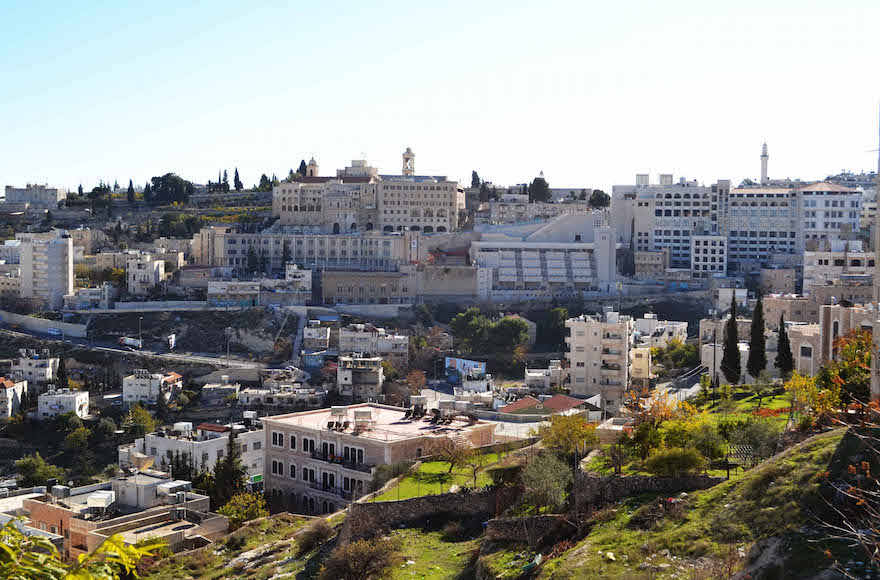 (JTA) — U.S. diplomats holding a business workshop in the West Bank for Palestinians fled after protesters stormed the meeting over the U.S. recognition of Jerusalem as Israel’s capital.

About five protesters threw tomatoes and kicked the diplomats’ car on Tuesday as they were leaving the Bethlehem event, Agency France-Presse reported, and held signs expressing their opposition to President Donald Trump’s decision on Jerusalem announced last month.

During the meeting, the U.S. delegation was providing training to local businesspeople about digital commerce, the head of the Bethlehem Chamber of Commerce, Samir Hazboun, told AFP.

“This non-political program was one part of long-term U.S. engagement to create economic opportunities for Palestinians,” a State Department representative said, according to AFP.

Palestinian leaders have sharply criticized Trump’s Jerusalem recognition. Palestinian Authority President Mahmoud Abbas said he would no longer allow the U.S. to lead peace negotiations and refused to meet with Vice President Mike Pence during his visit last week to the region.