Olympian Aimee Buchanan is from Boston via Dallas, but she is skating for Israel 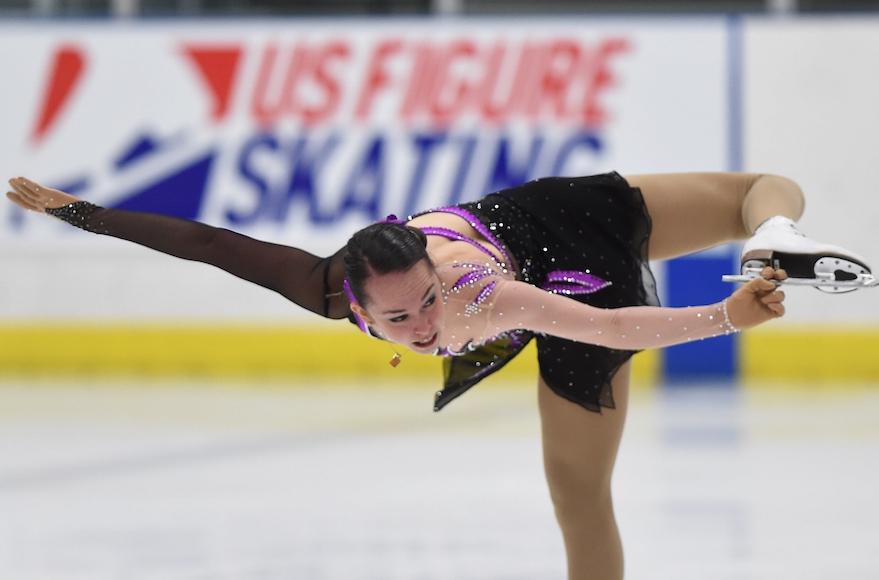 But as the 24-year-old athlete transitions from her signature arched back to a low crouch, she’s the only local elite skater whose silver Star of David necklace bounces happily with the revolutions. The only skater at this rink in the Dallas suburb of Euless executing the feat with “ISRAEL” printed in bold capital letters across her shoulder blades.

Buchanan will represent Israel at the 2018 Winter Olympics, which begin Friday.

“It’s very special to literally have my country’s name on my back,” she said. “I think it just shows that it doesn’t really matter where you’re originally from or what your heritage is. You can be who you are and do what you want all over the world.”

Her next destination to make that statement: Pyeongchang, South Korea. Buchanan is one of seven figure skaters who will compete for Israel in the 10-country figure skating team event on Sunday (Saturday night in the United States). All seven Israelis train in North America.

Buchanan smiles when retelling the story of how she wound up on Israel’s national team. She grew up in the Boston area and never visited Israel before her 2014 trip to formally make aliyah. But as Buchanan honed her skating skills as a teenager, she realized Israel would offer more international competition opportunities than she could hope to land on Team USA. In return, Buchanan would help put Israel on the skating map.

She headed to Israel at age 20 with a letter from her rabbi confirming both maternal grandparents were Jewish.

Within six weeks, Buchanan was an Israeli citizen, and by 2016 its national ladies champion.

(It is not unusual for Olympians to compete for countries other than their own. The Olympic Charter notes that the games are competitions between athletes, “not between countries,” and allows national teams to set their own criteria for eligibility. Even the United States has provided special visas to allow international athletes to fill American rosters.) 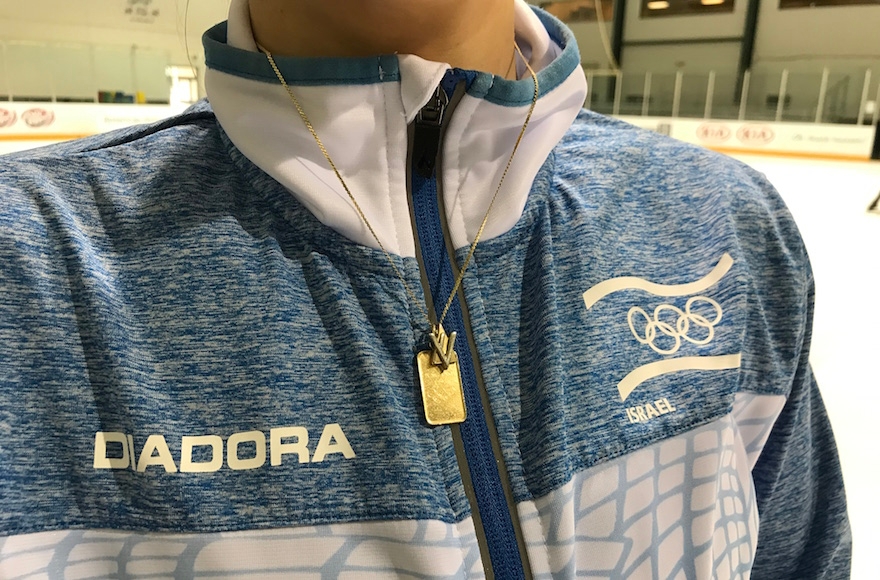 Aimee Buchanan wears a Star of David as she skates. (Courtesy of Texas Jewish Post)

Mazel tovs greeted her throughout the country, she says. Her mom, Wendy, received Facebook messages from friends she hadn’t heard from in 20 years. And Buchanan saw an opportunity to give back to the country that welcomed her.

“To really stand with all the struggles that Israelis and all the country of Israel [have] been through,” Buchanan said. “To be able to stand strong and show the world it’s not just a country struggling — they’re people.”

Wendy Buchanan said she only imagines what Aimee’s late grandparents, who were active in the Jewish community and Jewish causes, would say.

“It would’ve meant a lot to them,” Wendy Buchanan said. “For sure they’d have tears in their eyes. Like, ‘Ohmigosh, this is really happening? You’re doing it? You’re doing it for Israel?’

“They’d be beyond excited and happy.”

Aimee Buchanan said she grew up connected to Judaism but not always knowing why she celebrated which traditions. She attended services on the High Holidays and Hebrew school for a few years before sports and rink time became too demanding. Buchanan says she wonders frequently what it would have been like to celebrate her bat mitzvah.

“But at the same time knowing how much I would have had to do for it, I see both sides,” she said.

So she is grateful the same skating career that has sent her to her to competitions in Germany and Croatia is also bringing her back to her roots.

She’s also learning what it means to represent Israel on the international stage.

Sometimes that means not competing on Yom Kippur, as Buchanan found out in September when a competition’s free program coincided with the holy day. Other times, competing for Team Israel means taking off identifying clothing and gear outside of the safety of the rink and traveling with security details at European meets that other countries’ skaters don’t need.

Competing for Israel also means getting to choreograph a routine to Barbra Streisand’s rendition of “Avinu Malkeinu.” It means the same program that sends Israeli crowds “crazy loving it” each year at nationals might draw disapproval from European judges.

Judges at one meet in Poland didn’t explicitly attribute Buchanan’s lower-than-normal point total to the Hebrew music, but she had her suspicions.

“Everyone always says that the artistic scores suffer being from Israel,” Buchanan said. “Because not everyone loves the country.”

The slight only motivated Buchanan to skate stronger, better and more gracefully as the country’s ambassador.

“It shouldn’t matter who you’re skating for,” she said. “Your skating is your skating.

“The country is who you are, not what you’re doing.”

Ahead of Pyeongchang, both Buchanan and her mom are realistic. Israel, after barely qualifying for the team event, is not going to medal against a more talented pool.

But Buchanan’s Olympic berth alone, and the chance to wear Israel gear and show off her Magen David silver charm to Olympic crowds, is special already. She didn’t expect to qualify after an ankle injury drastically curtailed her competition schedule in 2017.

She learned on a December trip to Israel that despite the setback, she was an Olympian.

“I was like, ‘OK, now I need to salvage the year and turn it around,’” Buchanan said. “I was over-the-moon happy.”

(Jori Epstein is a staff writer for The Dallas Morning News and SportsDayDFW.com. She wrote this story for the Texas Jewish Post.)