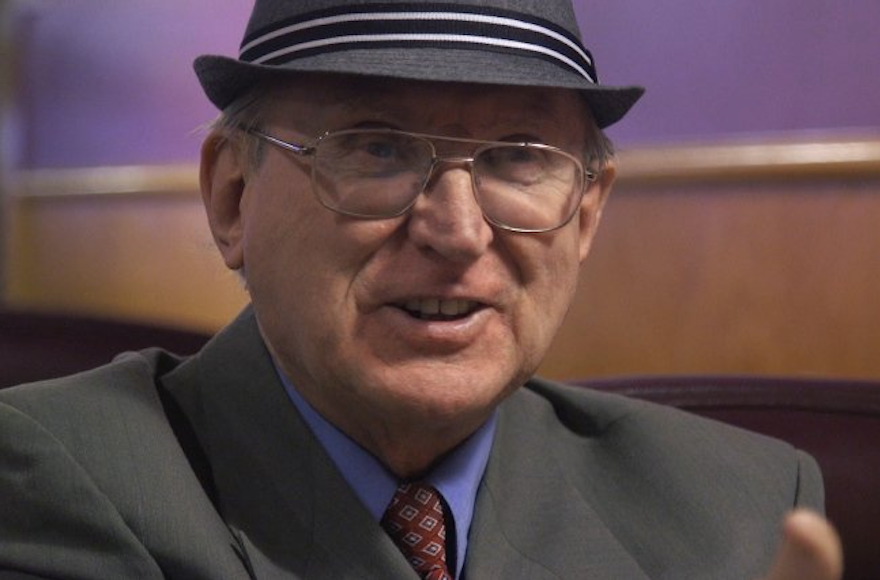 (JTA) — Arthur Jones, a former neo-Nazi who is running for an Illinois congressional seat as the only Republican in his district, inveighed against what he called the “Jew-party system” and called the Holocaust “poppycock” in an interview on CNN.

“Yes, I deny the Holocaust,” Jones said Thursday. “If you did any honest investigation of the Holocaust you’d realize that it is nothing but an international extortion racket by the Jews to bleed, blackmail, extort and terrorize their enemies and to suck us into one war after another in the Mideast.”

The interviewer, Alisyn Camerota, challenged Jones vocally and repeatedly, interrupting him and speaking over his fulminations.

Jones retorted by saying: “The Jews controlled basically the country, the economy — the economy, the media,” before replying to the reference to Auschwitz in saying “Poppycock.”

The Democrats and the Republicans “are the cursed, two-party, Jew-party, queer-party system — can’t stand it,” he also said.

Jones, 70, is a retired insurance salesman who has been running since the 1990s for the 3rd Congressional District representing parts of Chicago and its southwestern suburbs. He became the only Republican candidate on the ballot as the result of a fluke, the Chicago Sun-Times reported. The primary will be held on March 20.

Illinois Republican Party Chairman Tim Schneider told CNN that his organization “and our country have no place for Nazis like Arthur Jones. We strongly oppose his racist views and his candidacy for any public office.”