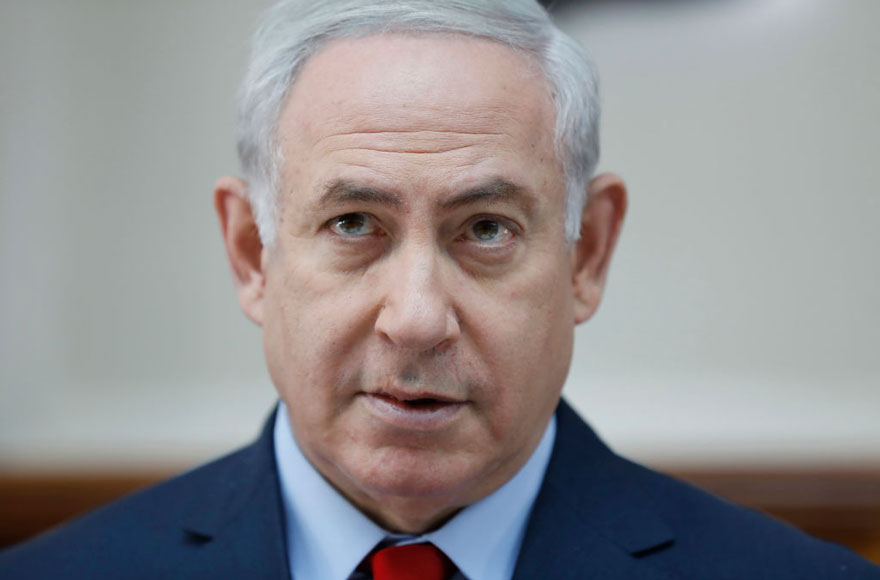 “The United States has a very strong relationship not only with Prime Minister Benjamin Netanyahu, but also the Israeli Government,” State Department spokeswoman Heather Nauert told a media briefing on Tuesday. “We’re certainly aware of it, but we consider it to be an internal Israeli matter.”

The news conference came hours after the police recommended to Israeli prosecutors that Netanyahu be indicted on bribery and breach of trust charges in two alleged corruption cases. Netanyahu professed his innocence and asserted that he would continue to lead the ruling government coalition.

On Wednesday, an attorney for the prime minister said the total amount of gifts Netanyahu received amounted to less than half of the $285,000 alleged by police and that they were gifts, not bribes.

Also Wednesday, Education Minister Naftali Bennett, who heads the second largest party in the government coalition, Jewish Home, said that while he does not believe based on the police investigation that Netanyahu is setting a good example as a leader, he has not yet been charged and can continue to govern.

“We are a state of law, and Prime Minister Netanyahu is still presumed innocent,” Bennett said. “Therefore, I have decided to wait until the decision of the Attorney General, Avihai Mandelbleit. I trust the integrity and strength of the AG and his team. Regarding the moral aspect, the public will decide on voting day.”

Netanyahu is at the center of two probes. In one, known as Case 1000, he allegedly received expensive gifts from supporters in return for advancing their interests, including expensive cigars and champagne from the Israeli-born Hollywood producer Arnon Milchan. In the other, Case 2000, Netanyahu is alleged to have conspired with Arnon Mozes, the owner of the Israeli daily Yediot Acharonot, to advance legislation hobbling the free and pro-Netanyahu tabloid Israel Hayom bankrolled by American billionaire Sheldon Adelson.