Jewish food does not begin and end with kosher 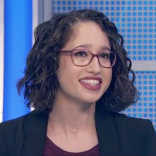 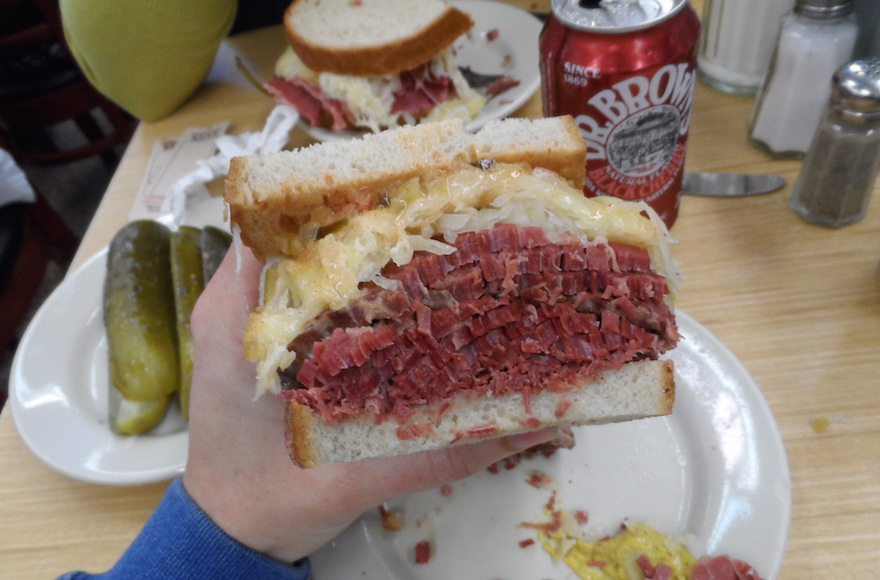 SAN FRANCISCO (JTA) — At a time when more than three-quarters of American Jews say they do not keep kosher, should we be shocked when Jews gather together and eat non-kosher food?

American Jews have always gone beyond the restrictions of Jewish dietary laws, eating non-kosher (treif or trefa) food. Sometimes this has been a deliberate choice. Other times it has resulted from the challenge of acquiring meat slaughtered according to Jewish ritual law and other foods consistent with the dietary requirements. According to Pew, only 22 percent of American Jews say they keep kosher in their homes.

So why was there a public outcry among some Jews following a private networking event where non-kosher food was on the menu? After local and national news sites reported on last month’s Trefa Banquet 2.0, a networking event for Bay Area Jews in the food industry, letters to the editor equated the event with “trampling on a Torah scroll … or burning an Israeli flag,” and suggested that the event would logically be followed by “mocking ‘don’t kill’ with mass slaughter of the homeless and less fortunate.”

I was the keynote speaker at Trefa Banquet 2.0, a reference to the most infamous meal in American Jewish history. That historic dinner, known as the Trefa Banquet, was organized in 1883 by Reform leader Isaac Mayer Wise to celebrate the first ordination of Reform rabbis in the United States. The modern occasion was a semiannual gathering of the Illuminoshi, a “not-so-secret” group of Jewish food professionals. The Illuminoshi’s meeting  recognized that the majority of Jews in the local food industry prepare and sell non-kosher food. For many members, this professional networking group is the only Jewish organization in which they participate. The tongue-in-cheek name Trefa Banquet 2.0 provided an opportunity for those present to learn about the occasion’s historic namesake and reflect on their own food choices and those of the broader Jewish community.

As I said in my speech, the original Trefa Banquet took place n Cincinnati, Ohio, with 215 guests, including the most influential Jewish leaders in the United States and non-Jewish dignitaries. The elaborately printed menu featured nine courses of French dishes like pigeon “vol au vent,” little neck clams and “salade of shrimp,” paired with five alcoholic beverages.

According to American Jewish lore, several rabbis expressed their shock at the non-kosher food placed before them, rushed from the room and immediately sped off to establish the Conservative movement, which would present itself as a happy medium between the stringency of Orthodoxy and the radical changes of the Reform movement. Although the truth is slightly less dramatic, the banquet did inspire events leading to the creation of the Conservative movement’s Jewish Theological Seminary.

Historians argue that the Trefa Banquet was probably not intended to be radical, but instead reflected the eating habits of Jews in the late 19th century. Many Jews would have eaten shellfish but not the more taboo-seeming pork, even though neither is kosher. Their public events, however, generally adhered to dietary law. This trend continues today: Despite the highly diverse personal practices of American Jews, many Jews expect public Jewish events to be kosher.

The original Trefa Banquet broke American Jewish convention by conforming public behavior to personal practices. As reports surfaced in Jewish newspapers, descriptions of the event changed over time and outrage grew. Wise first blamed the Jewish caterer, then later admitted that he had approved the menu. His defenders labeled his critics “ignorant fanatics” whose views were best left behind in Europe. An anti-Wise Jewish newspaper publisher suggested snidely that not only did Wise not know the laws of kashrut, he also did not know that one should only eat oysters in months with an R in them — accusing Wise of being both ignorant of Jewish law and unsophisticated.

The fact that some American Jews still tell the story of that night in Cincinnati in 1883 illustrates that debates about food practices are central to the ways that American Jews think about themselves. At the Illuminoshi’s banquet, eight chefs were invited to reflect creatively on their work by preparing non-kosher dishes. The chefs’ responses ranged from the classic Reuben sandwich — a staple of non-kosher American Jewish delis that violates the kosher rule of separating dairy and meat — to peanut butter pies trendily topped with bacon. Limited vegetarian options were provided in order to include vegetarians or those who, like me, do not eat non-kosher meat.

Despite some reports in the Jewish press, this was not a petulantly defiant celebration of non-kosher food. Rather it was a thoughtful reflection on the ways in which many American Jews eat and Jews in the food industry make their living.

Still, readers were angered by the idea of a public gathering of Jews focused on treif. An irate reader sent me a profanity-laden email asking scornfully, “What’s next, a baptism event for Jews?” Congregants at a synagogue where I had spoken a few weeks earlier objected to my attendance at the Illuminoshi gathering, even though I myself keep kosher and did not consume non-kosher meat at the event.

The controversy, at its heart, seems to be about how American Jews eat and have eaten communally, and not about the eating practices of individuals. Talking openly about American Jews’ relationship to non-kosher food disturbs many American Jews. Many Jews who do not keep kosher continue to think that kashrut, even when most often observed in the breach, is important to American Jews’ identities.

But in the age of identity politics, amid a changing American religious landscape, we need more reflection, not less, on the everyday practices that define who we are, in private and public. At the Trefa Banquet 2.0, organizer Alix Wall spoke about how eating pork reminds her of her mother, a child survivor of the Holocaust who was hidden with a Catholic Polish family who shared with her the little meat — always pork — they had. I have interviewed many restaurateurs who describe non-kosher dishes as Jewish ones because they evoke memories of eating with their Jewish family members. For those who attended the 2.0 banquet, it too was a Jewish event, without contradiction.

Others argue for a Jewish dietary system rooted in ethical guidelines that reflect Jewish values rather than the precise ritual requirements of kashrut, which are mostly unrelated to contemporary ethical concerns. At the Trefa Banquet 2.0, Devil’s Gulch Ranch, a local, family-owned, sustainable farm in California’s Marin County, provided the pork and rabbit meat used by the chefs. The Jewish owner of Devil’s Gulch, Mark Pasternak, spoke about how he saw his work as conforming to Jewish values despite the non-kosher meat his farm produces.

Pasternak is not alone. The New Jewish Food Movement, sometimes called eco-kashrut, has grown steadily since the 1970s. It combines particularly Jewish ways of thinking about food, environmentalism and sustainability with Jewish religious traditions.

In a thoughtful response to the Trefa Banquet 2.0 for JTA, the acclaimed American Jewish historian Jonathan Sarna suggested that the event might further divide American Jews. But at the 2.0 banquet, Illuminoshi members and their guests participated in a long tradition of American Jews using their culinary decisions to generate personal conversations about food, values and Judaism, acknowledging the complexity of religious identity in the 21st  century.

(Rachel B. Gross is the John and Marcia Goldman Professor of American Jewish Studies at San Francisco State University.)

What really happened at the original Trefa Banquet