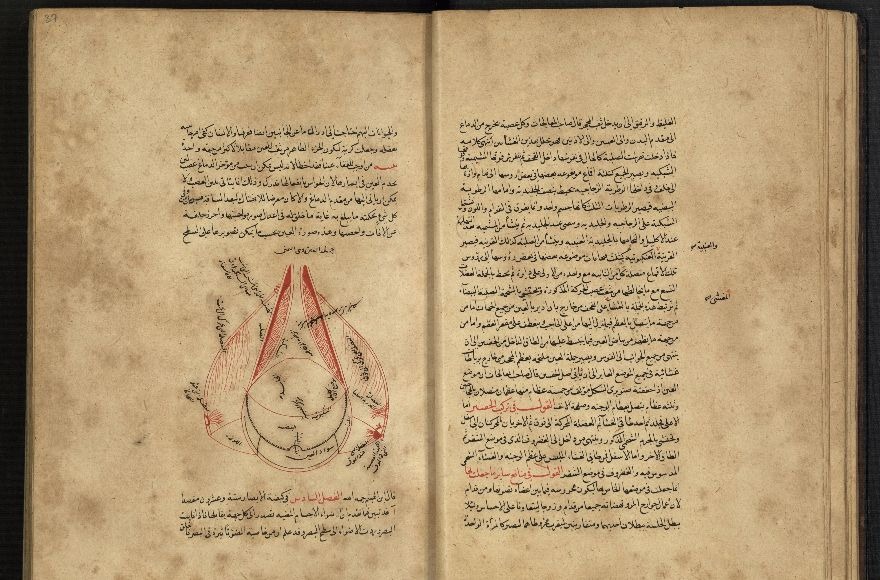 (JTA) — Two dozen rare manuscripts from the collections of the National Library of Israel are on display in New York.

The illustrated and illuminated manuscripts in Persian, Arabic, Turkish and Hebrew include a Royal Quran from the personal library of an Ottoman sultan. It is the largest ever display of National Library of Israel artifacts outside of the country.

The works will be on display as part of the exhibit “Romance and Reason: Islamic Transformations of the Classical Past,” at New York University’s Institute for the Study of the Ancient World through mid-May.

The manuscripts on display from the library collections as well as from partner collections range from illuminated romances, to complex mathematical, astronomical, and scientific treatises. Artifacts sent from Jerusalem to New York include manuscripts written from the 14th – 19th centuries in Iran, Spain, India and the Ottoman Empire.

Among them are a 16th century royal Quran illuminated with gold and bearing personal stamps of Ottoman sultans; a rare 14th century Hebrew translation from Arabic of Aristotelian philosophy, begun in Spain and completed in Italy after the Iberian Peninsula’s anti-Jewish riots of 1391; a 17th century work by Muslim polymath Nasir al-Din Tusi that preserves lost geometrical theorems of the ancient Greek mathematician Archimedes; and an illustrated copy of Persian poet Nizami Ganjavi’s Book of Glory from 19th century India.