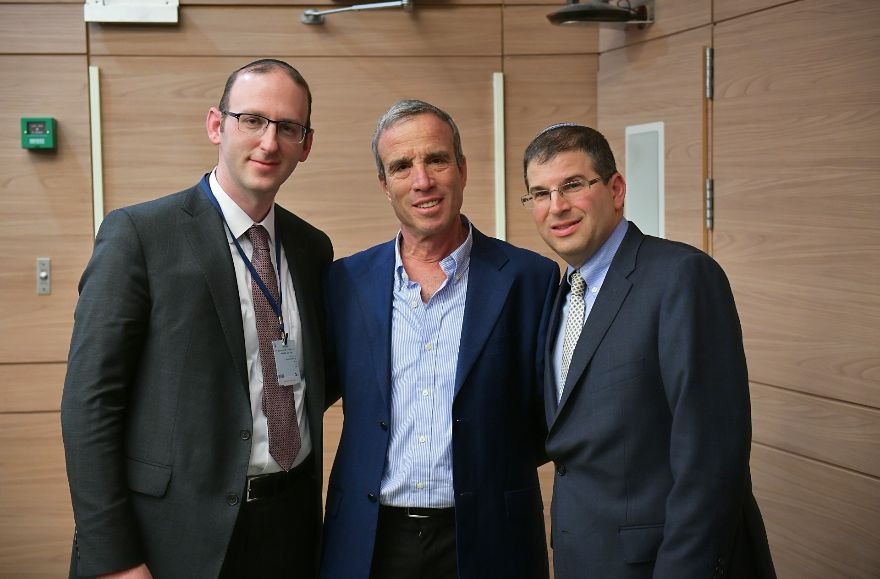 JERUSALEM (JTA) — A prominent Canadian rabbi told the director-general of Israel’s Chief Rabbinate that his inclusion on a so-called blacklist of rabbis from the Diaspora has “eroded” his community’s trust in him.

Rabbi Adam Scheier of Congregation Shaar Hashomayim in Montreal traveled to Israel for one day to take part in a Knesset committee meeting on Monday to discuss the delay of the publication by the Chief Rabbinate of the criteria for recognizing Diaspora rabbis.

Scheier’s name was included last year on a list  of rabbis from 24 countries, including the United States and Canada, who Israel’s haredi Orthodox-dominated Chief Rabbinate does not trust to confirm the Jewish identities of immigrants. Immigrant couples need a rabbi’s confirmation to be married in Israel.

In addition to Reform and Conservative rabbis, the list includes several prominent Orthodox leaders. Itim, which obtained the list in July, called it a “blacklist” and said the rabbinate’s criteria for assessing overseas rabbis were indiscriminate.

“It was only a few weeks ago that a local rabbi in my city told a member of my community that they should not invite me to officiate at their children’s wedding. His reason? Because I am not accepted by the State of Israel’s Chief Rabbinate,” Scheier said in his  address to the committee. “The Rabbinate has eroded my own community’s trust in my reliability. This must end. The bureaucracy and exclusionary practices do not meet basic standards of decency and professionalism.”

The rabbi was joined at the meeting by Rabbi Shlomo Riskin, the rabbi of the West Bank city of Efrat, and Rabbi Seth Farber, director of ITIM, a nonprofit that guides Israelis through the country’s religious bureaucracy. Several Knesset members also were present.

The Chief Rabbinate’s director-general, Moshe Dagan, asserted at the meeting, as he has previously, that the list is not a blacklist, but rather a list of rabbis whose letters vouching for immigrants Jewishness were rejected for various reasons.

“The rabbinate’s actions have widened the gulf between Israel and Diaspora communities,” Farber said at the meeting. “Rabbis in the Diaspora are on the front lines supporting Israel and providing Jewish services. Instead of supporting these rabbis, the rabbinate chooses to delegitimize them.”

More than two years ago, the Chief Rabbinate promised to publish a full list of criteria for recognizing rabbis from overseas. Dagan asserted on Monday that the list was in its “final stages.”