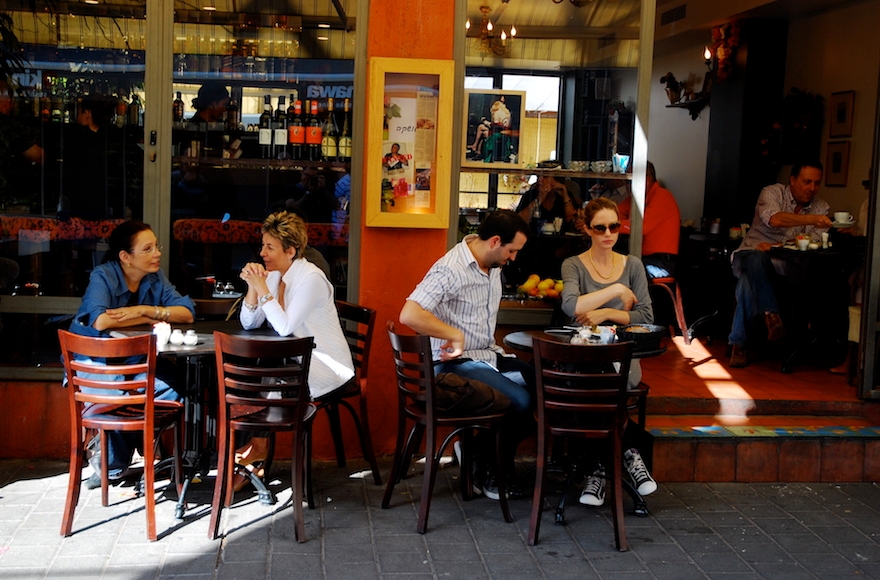 JERUSALEM (JTA) — The Tzohar Rabbinical Organization is launching a new kashrut supervision authority, which will put it in competition with Israel’s Chief Rabbinate.

“This program is intended to create competition in a sector where until now there existed a monopoly,” said Rabbi Rafi Feuerstein, founder of Tzohar, in an announcement Monday in Tel Aviv. “The Rabbinate will continue to serve as regulator of kashrut but we need to have competition which will enhance the service and reduce pricing. This will not replace the current structure, but rather improve it.”

Tzohar is known for helping Israeli couples navigate Israel’s marriage bureaucracy, which is tightly controlled by the haredi Orthodox Chief Rabbinate. Non-Orthodox and non-religious Israelis, and Orthodox groups like Tzohar, have called for changes that will make Israel’s religious authorities more responsive to the needs of the general public.

Many restaurant owners complain that the rabbinate’s monopoly on kosher supervision has led to corruption, and that a general adversarial relationship has developed between the businesses and the rabbinical supervisors. In response, several restaurants began using private supervision.

Tzohar will call its new service “Food Supervision,” since Israeli law prohibits any supervising entities other than the Rabbinate from using the word “kosher” in their certifying materials. Israel’s Supreme Court ruled last year, however, that though restaurants with independent kashrut supervision cannot use the word kashrut or kosher on their signs or supervision certificates, they can tell those who ask where it purchases its foodstuff, how it is prepared and under whose auspices they are supervised.

The supervisors in the Tzohar program will be women who recently underwent a training course in kashrut conducted by Tzohar and Emunah Women, a religious Zionist organization. A mobile-based app developed by Israeli company EyeDo will use GPS technology to “monitor updates from the supervisors and promote transparency and accuracy in their reporting,” Tzohar said in a statement.

A survey conducted for the “Judaism For All” initiative, founded by Israeli lawmaker Elazar Stern of the Yesh Atid party, in cooperation with the Triguboff Institute, was released on Monday to coincide with the Tzohar announcement. It found that 80 percent of all restaurant patrons would be willing to eat in a restaurant or café that has alternative certification, while 58 percent of those who do not keep kosher would still prefer to eat in a place with alternative kosher certification over eating in a restaurant with no certification at all. The survey involved of 508 Hebrew-speaking Jews, not including those identifying as haredi Orthodox.