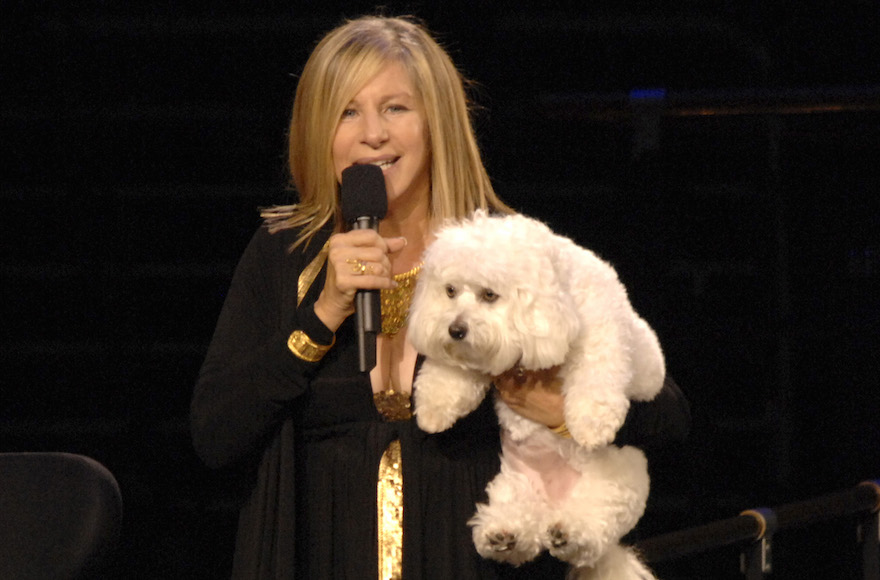 Barbra Streisand and her dog Samantha in 2006. (KMazur/WireImage/Getty Images)
Advertisement

(JTA) — Barbra Streisand usually makes headlines for something to do with her art, like winning an award or releasing an album. On Tuesday, Variety revealed something a little more bizarre: that she owns two clones of her now deceased dog.

During a photo shoot meant to accompany a Variety cover story interview, the legendary Jewish actress and singer joked that one photo should be captioned “Send in the Clones.” She wasn’t kidding — Streisand actually had cells taken from her last beloved pet, a Coton du Tulear named Samantha, before the dog died in 2017. Two of her three current dogs, named Miss Violet and Miss Scarlet, are clones of Samantha.

“They have different personalities,” Streisand said. “I’m waiting for them to get older so I can see if they have her [Samantha’s] brown eyes and seriousness.”

Our new basket of adorables

Since pet cloning is not yet a common practice, even among wealthy celebrities, the story rocketed around the internet.

The president of People for the Ethical Treatment of Animals wasn’t thrilled to hear the news.

“[W]hen you consider that millions of wonderful adoptable dogs are languishing in animal shelters every year or dying in terrifying ways when abandoned, you realize that cloning adds to the homeless-animal population crisis,” Ingrid Newkirk told the New York Post. “And because cloning has a high failure rate, many dogs are caged and tormented for every birth that actually occurs — so that’s not fair to them, despite the best intentions. We feel Barbra’s grief at losing her beloved dog but would also love to have talked her out of cloning.”

Streisand might not be the only celebrity who has cloned a pet. According to Money, a Korean company had cloned at least 600 dogs, at $100,000 a piece, by 2015. The newer American company ViaGen now clones dogs for half that price and clones cats for a quarter of that price.

And as Barbra sings, she likes people and dogs “The Way We Were.” 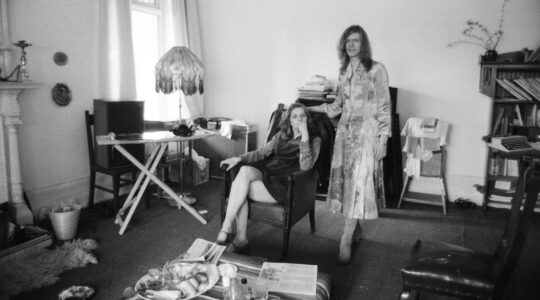