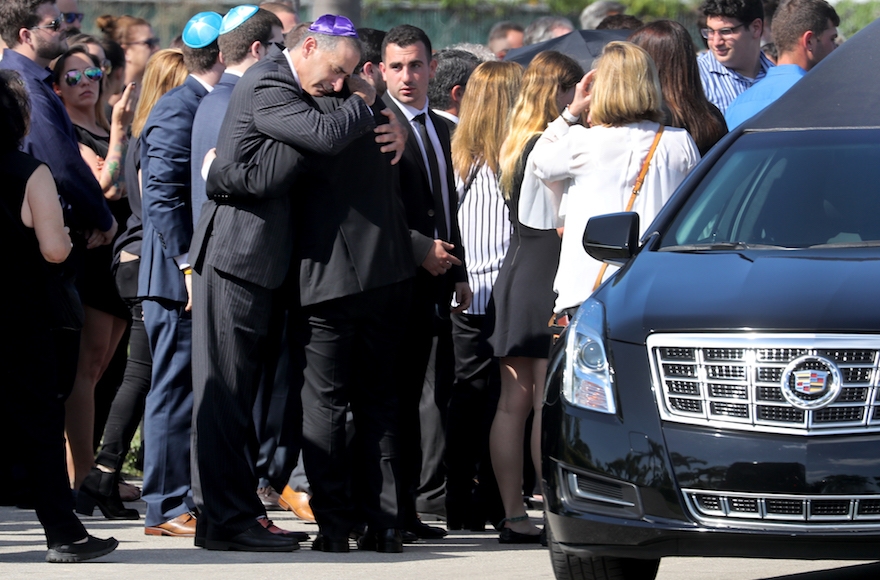 (JTA) — The father of a teenager killed in the shooting at Marjory Stoneman Douglas High School in Parkland, Florida, said the students’ gun control efforts are misdirected.

Andrew Pollack, whose daughter Meadow was slain in the Feb. 14 attack, told CNN’s “New Day” on Monday that now may not be the time for the students to work toward a ban on assault weapons.

“I want them to focus their energy on something that is achievable right now,” Pollack said.

“Be productive in the country. Work with us. Let’s make these schools safe and once every school is safe in America, do what you have to with the gun laws.”

Pollack appeared on CNN to support a Florida Senate bill to raise the age to purchase a firearm from 18 to 21, and also provide funding for armed school resource officers and for mental health services. Over the weekend, the state Senate rejected a ban on assault weapons.

The teen leaders tweeted their anger over the rejection of the ban on AR-15 rifles, the weapon used in the attack on their school.

“I understand their pain, the children,” Pollack said. “My kid was murdered in that school, so there’s no one that could feel the way I do.”

Pollack gained notice in the days after the shooting by attending what was billed as a listening session at the White House with President Donald Trump.

“How many schools, how many children have to get shot?” he asked Trump. “It stops here, with this administration and me.”