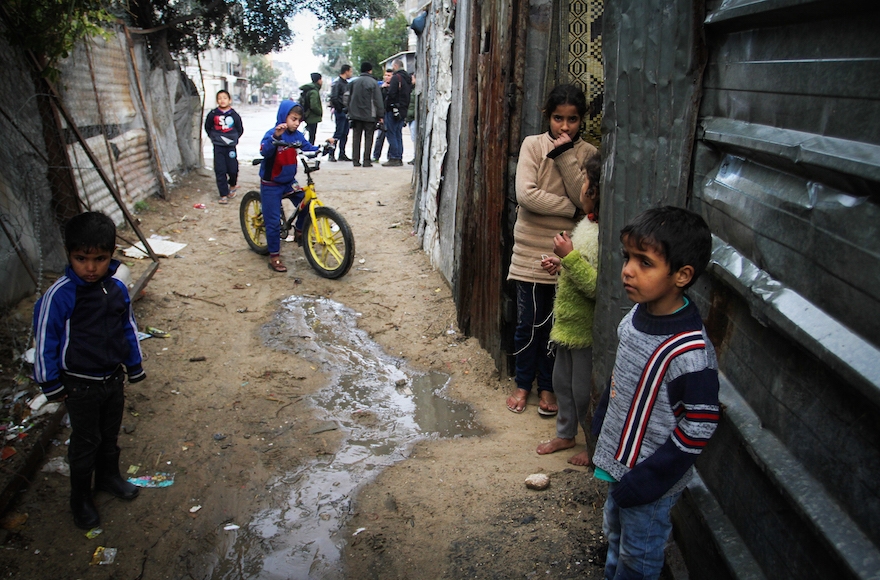 WASHINGTON (JTA) — The White House will convene a meeting next week of “stakeholders” to improve life in the Gaza Strip, said the top Trump administration Middle East peace negotiator.

“In response to the burgeoning humanitarian situation in Gaza, key countries and stakeholders are preparing to act: There was a meeting in Cairo on Thursday, and there will be a brainstorming session at the White House next week to find real solutions to the problems that Hamas has caused,” Jason Greenblatt wrote Thursday in an op-ed in The Washington Post. The op-ed was the first announcement of the meeting. A spokesman for Greenblatt declined to say who the stakeholders and countries are. It’s not clear who took part in the Cairo meeting, although Hamas officials were recently in the Egyptian capital to discuss reconciliation with the Palestinian Authority.

However, there are a number of possible players who might balk at participating in the talks should they be public. Additionally, there are potential parties whose participation could embarrass the Trump administration.

The Palestinian Authority, for instance, has formally retreated from efforts by the Trump administration to reconvene peace talks, citing President Donald Trump’s recognition in December of Jerusalem as Israel’s capital. Hamas, the group controlling the Gaza Strip, is designated by the U.S. State Department as a terrorist group. Qatar, a country that has been involved in attempts to better the lives of Palestinians in Gaza, is being shunned by a key U.S. ally, Saudi Arabia. And Turkey, which also has been deeply involved in Gaza in the past, currently has tense relations with the United States over U.S. backing for Kurds in Syria’s civil war.

Greenblatt’s op-ed mostly blasted Hamas for neglecting the population in the territory with its perpetuation of terrorism, but also held out the possibility that Hamas could come into the fold should it take the requisite steps.

“Hamas must not be permitted to participate in any future government until it adheres to the conditions of the Middle East Quartet — the United States, Russia, European Union and United Nations — including by explicitly committing to nonviolence, recognizing the state of Israel, and accepting previous agreements and obligations between the parties,” Greenblatt wrote.

“It must disarm and commit to peaceful negotiations. Hamas must also address another humanitarian issue and return missing Israel Defense Forces soldiers who were taken by Hamas, as well as Israeli civilians. There is a way out for Gaza, if only Hamas has the courage to admit failure and chart a new course.”