Netta Barzilai is ready to ‘Toy’ with Eurovision viewers 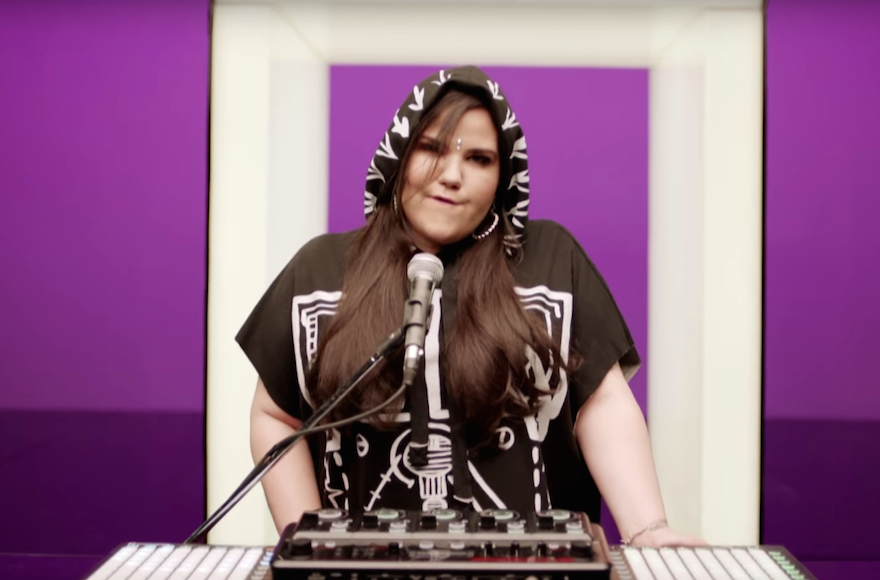 Netta Barzilai will represent Israel in the Eurovision contest. (Screenshot from YouTube)
Advertisement

(JTA) — Israel has a new musical secret weapon and her name is Netta Barzilai.

Barzilai, 24, won its “The Next Star” reality singing contest last month and the right to represent the country at the 2018 Eurovision song contest in May.

She won the hearts of the judges and of Israelis watching at home using a looper, which allows her to layer multiple vocal sounds on top of each other. Barzilai sprinkles in some speaking and rapping for good measure — and loses herself in her performances.

She may forego the looper for Eurovision, however, at least judging by a video released this week.

On Sunday, Israel’s Eurovision Committee announced that Barzilai will sing “Toy” by Doron Medley and Stav Beger — the songwriting team who penned Israel’s last two Eurovision entries — after clips of the song and music video were leaked to social media.

Barzalai’s enthusiasm for her singing is infectious. She has a wide smile and deep dimples, likes to wear her abundant dark hair in big styles and flashes clothing in bold colors. She is also quite comfortable in her own skin.

“Look at me, I’m a beautiful creature,” she sings at the beginning of “Toy” following a series of quirky vocal sounds and what can best be described as a clucking chicken.

“I’m not your toy. You stupid boy” is the refrain of the song, which also gives a nod to Wonder Woman, who is portrayed these days by countrywoman Gal Gadot. (“Wonder Woman don’t you ever forget, you’re divine and he’s about to regret.”)

“Toy” has caught on in Israel and around the world, and betting sites give it 3-1 odds to win. Some have said Israel will place in the top five, as high as second place. (The oddsmakers do not appear to be taking politics into consideration, however, and Eurovision is incredibly political for a music contest.)

In recent years, the Israeli Eurovision judges have shown a preference for songs with lyrics in English, likely thinking that they would be more palatable to the international voting public. This year is no different – Netta’s song is almost completely in English, with a phrase or two of Hebrew thrown in so no one will forget its country of origin. It’s a bit of a shame: Some of the beauty of the international contest comes out through hearing songs in the native tongues of the participating countries

Barzalai will perform “Toy” in Lisbon in the semifinals on May 8, hoing for a chance at the finals on May 12. The winning country hosts the next year’s contest.