Holocaust survivor Sala Kirschner, whose letters hidden from the Nazis became a book, dies at 94 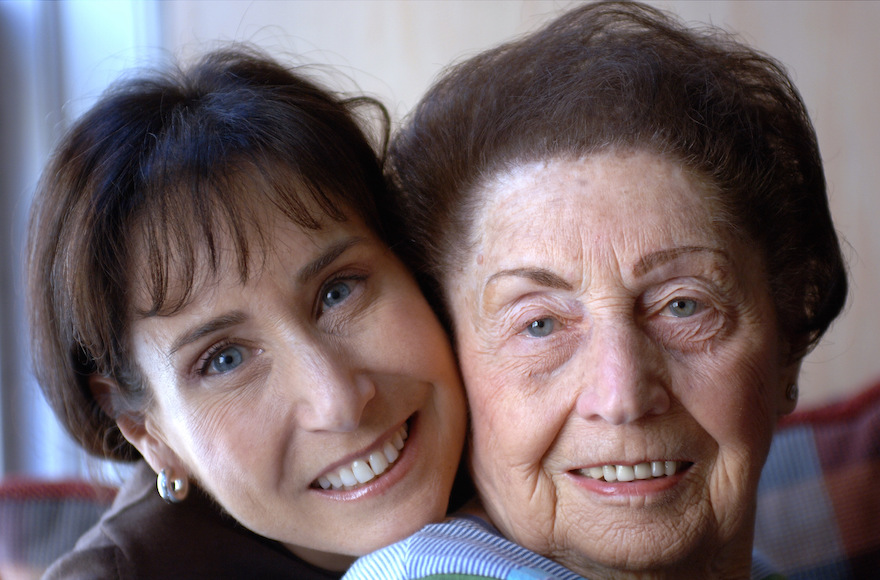 (JTA) — Sala Kirschner, a Holocaust survivor whose 350 letters, postcards and photographs that she hid from Nazi guards eventually became a book written by her daughter, has died.

Kirschner died March 7 in New York of congestive heart failure. She was 94.

Born in Sosnowiec, in southwestern Poland, Kirschner and the rest of the city’s Jewish population were confined to a ghetto until their deportation — most to Auschwitz, where her parents died.

Kirschner, who also lost four siblings in the Holocaust, was an inmate in seven labor camps over five years, starting when she was 16, according to an obituary published Tuesday in The New York Times.

In her first years in the camps she was permitted to send and receive mail as the Nazis continued to try to make it look like everything was normal.

Kirschner hid the letters in the camps’ barracks or buried them despite the possible horrific punishments if they were discovered. She told The Times in earlier interviews that she kept them since they represented her only link to her family, whom she believed she would never see again.

Kirschner was liberated by the Soviet Army in May 1945 and was reunited with two of her sisters. She married a Jewish soldier she met at Rosh Hashanah services shortly after the war ended and who brought her home as a war bride.

In 1991, hours before cardiac surgery that she worried she would not survive, Kirschner gave her daughter Ann the trove of letters and other documents hidden in the red cardboard box of an old board game. She said she had kept them hidden to protect her children from being emotionally wounded.

The letters and a diary Kirschner kept were put on display in 2006 at the New York Public Library. The same year, Ann Kirschner, a professor at the City University of New York, published a book about the letters titled “Sala’s Gift: My Mother’s Holocaust Story.” A play, “Letters to Sala,” also was written by Arlene Hutton.

Along with her daughter, Kirschner is survived by her husband of 72 years, Sidney; a son, David; eight grandchildren and seven great-grandchildren. She was predeceased by a son.