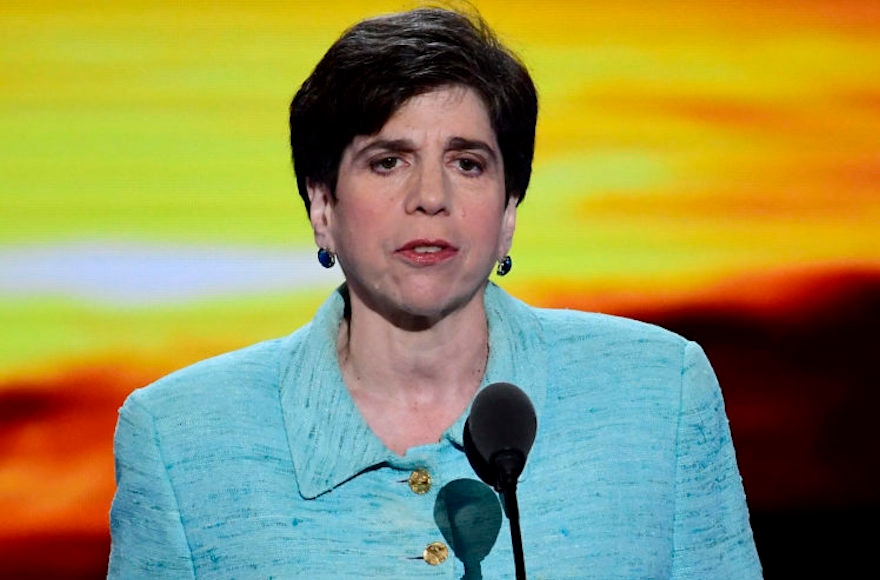 (JTA) — The first woman to serve as chief executive of a major rabbinical organization is stepping down.

Rabbi Julie Schonfeld has led the Conservative movement’s Rabbinical Assembly since becoming its executive vice president in 2009. She now serves as CEO. She will go on sabbatical at the beginning of next year and officially leave the position in June 2019, when her contract expires.

In an open letter sent Friday, Schonfeld wrote there are “new challenges I want to pursue,” which she did not specify.

“There is much wisdom and value in the community’s skepticism of the very long tenures of Jewish communal leaders,” she wrote. “While some stability is good in light of the complexity of Jewish organizations, Conservative Judaism’s founding and fundamental lesson is that in order to thrive, our community and its institutions must repeatedly reinvent themselves.”

Schonfeld said publishing the Conservative movement’s Lev Shalem series of prayer books was among her proudest achievements. In recent years, Schonfeld has been a leader in the non-Orthodox campaigns for an expanded prayer space at the Western Wall and more broadly for religious pluralism in Israel. She has also been at the center of her movement’s debate over how to approach and integrate interfaith couples.

Shortly before the presidential election in 2016, Schonfeld was the lead signatory on a letter, signed by 400 women rabbis, condemning then-candidate Donald Trump’s comments against women and minorities.

“We wish Julie continued achievement and derekh tzelahah, as she explores new opportunities,” said Rabbinical Assembly President Rabbi Philip Scheim in a statement, using a Hebrew term meaning “successful path.” [H]er wisdom and her dedication will continue to energize, uplift and inspire the Jewish world and society at large.”