Rabbi and labor leader form their own union 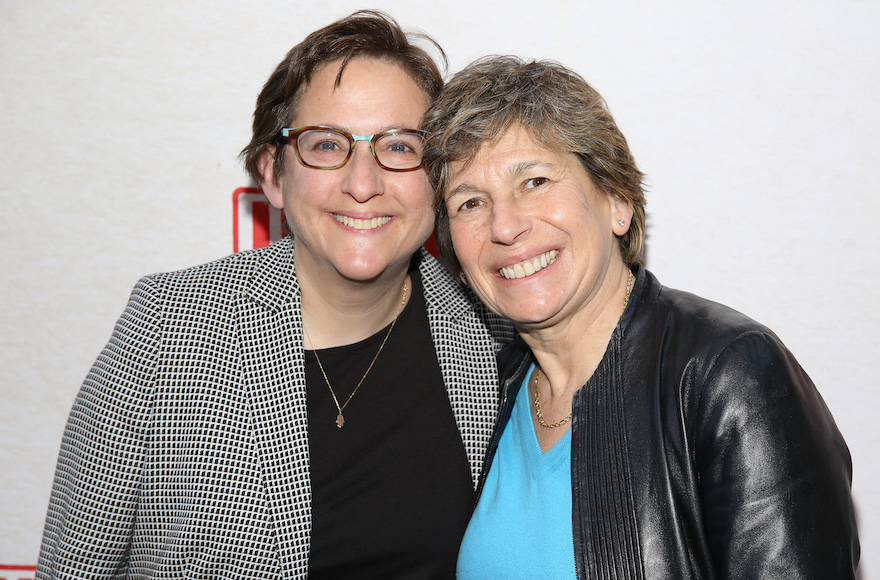 Their union at a downtown Manhattan restaurant, La Marina, was featured in the Weddings section of The New York Times on Sunday, their wedding day.

Weingarten 60, is the president of the American Federation of Teachers, headquartered in Washington, D.C. Kleinbaum, 58, is the senior rabbi of Congregation Beth Simhat Torah in New York, whose membership includes a significant number of lesbian, gay, bisexual and transgender congregants.

The couple first met in the mid-1990s, they told The Times.

“We were two lesbians in New York fighting for different things,” Weingarten said. “We liked each other. We had good banter. It wasn’t as if there were a lot of high-profile gay women who were active in leadership roles. I thought she was fun, witty and smart.”

In 2006, Kleinbaum asked Weingarten to speak at her congregation’s Gay Pride Shabbat service, which Weingarten called a turning point in how she saw herself as a lesbian.

Kleinbaum divorced in 2012 after an 18-year relationship and two daughters. The women soon began dating and later moved in together.

“We’re not spring chickens,” Kleinbaum told The Times. “We didn’t believe we would get this kind of love this late in our lives.”