‘Engaging’ millennials is all the rage. But is it the best use of Jewish philanthropy? 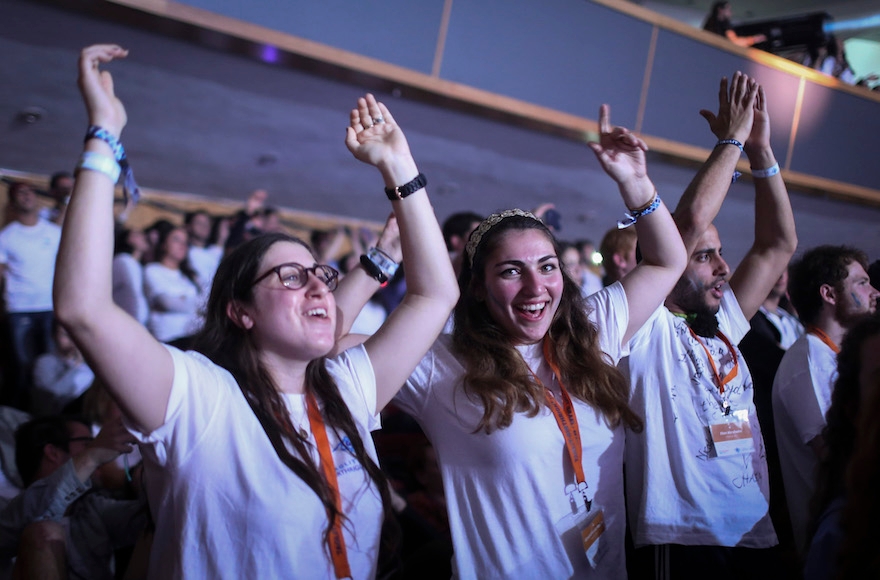 NEW YORK (JTA) — Engaging young people in their 20s and 30s, the so-called millennial generation, is a high priority for Jewish philanthropists.

Some funders have banded together to create new initiatives, including free trips to Israel, with the express purpose of drawing members of this generation into Jewish life. Others have gravitated to the so-called innovation sector, supporting millennials who dream up new programs to entice their peers into some form of Jewish participation.

But for all the energy and money expended on such programs, one question remains unanswered: Will these efforts move people from shallow engagement to actively live a Jewish life or deepen their knowledge?

What fuels these efforts are surveys showing that millennial Jews tend to be less affiliated with Jewish institutions, less observant of Jewish religious rituals and more distant from Israel than were previous generations of Jews at the same age. Much ink has been spilled to analyze why this might be so, with explanations focusing either on this generation’s unique historical experiences; the unprecedented disruption in the job market created by new technologies that force younger people to chart a new course and thereby extend their “odyssey years”; and the present cultural milieu, which places a high value on individualism but disdains anything resembling “tribal” allegiances.

In response to these developments, a number of the largest foundations with Jewish interests are investing heavily in initiatives designed to kindle what in a previous time was described as the “pintele yid,” the little flicker of Jewishness waiting to be lit. The most ambitious — and best-known — such effort is Birthright Israel, the 10-day free trip to Israel. Since its inception in 1999, it has sent over 600,000 young people from around the globe at a cost nearing the billion-dollar mark. By virtue of its intensive and immersive programming, Birthright differs from most other programs aimed at millennials.

Funders have also invested significantly in Moishe House, a network of some 58 houses scattered throughout the United States offering programs geared to millennials. Begun in 2006, Moishe House subsidizes rents for residents who organize everything from Shabbat dinners and Purim parties to social action activities and Jewish study circles. Most participants, notes an observer, “are ‘not Jewish in the rest of their lives’ in the traditional sense. They may not be celebrating holidays on their own; they may not be attending Shabbat services at a synagogue. … Moishe House is the surrogate that provides these experiences for them.”

OneTable, still another creation of funders, works to entice younger Jews to attend Friday night Shabbat dinners hosted by peers. Having drawn positive reviews in such disparate publications as Vogue, The New York Times and BuzzFeed News, OneTable has been described as “a social dining app that helps people of all religious backgrounds celebrate inclusive Shabbat meals.” Since its founding, OneTable has subsidized over 11,000 Friday night dinners.

Younger Jews are also taking the initiative by founding dozens of startups designed to appeal to their peers. Often with the help of funders, startups meet in unconventional spaces, such as clubs, bars, performing art spaces, lofts and bookstores. They may offer a Friday night social gathering, a musical program or lecture series. Meeting in offbeat venues is part of the allure.

Events designed for millennials usually are free or require only a modest admission fee. Participants attend episodically and are treated to programming that is light on Jewish content and heavy on socializing. The rationale, no doubt, is that first you have to attract young people who tend to be suspicious of events that seem “too Jewish” or too similar to what an older generation might prefer. As a result, these funder-supported efforts must find a way to move participants from Jewish lite to something more content-rich, let alone demanding, without turning people off — a fine line not easy to walk.

One wonders, though, whether these episodic and mainly social gatherings will lead to lifelong engagement unless participants grow as Jews, deepen their Jewish knowledge, connect with the richness and complexity of Jewish civilization, and grapple in a meaningful way with their Jewish identity. Episodic connection is unlikely to educate individuals about how to live as Jews, and certainly is not a recipe for building commitment to Jewish community.

The heavy investment in millennial engagement, furthermore, usually comes with no comparable funder commitment to improving Jewish education for children. Which raises the question: Why not educate Jewish youth properly when they are young? That way they won’t need engagement programs to remediate for the shallow education most have encountered in their Jewish schooling and informal Jewish education.

To be sure, local funders are supporting Jewish education, as are a few national foundations, but for the most part the big dollars are going for millennial engagement. It’s not as if the field of Jewish education presents no large systemic challenges requiring ambitious funding and creativity.

The most obvious needs are in the arena of supplementary schooling. Funders have shied away from investing in the so-called Hebrew school, the vehicle educating the largest proportion of Jewish children, on the grounds that the field is diffuse, housed in synagogues of various denominations and lacking in national operators. All the more reason, then, for national funders with the ambition to make a big impact to invest in this educational arena.

Several other large challenges persist: One is the affordability crisis in Jewish day schools, which could benefit from new thinking. Another concerns the still too-low proportion of Jewish children experiencing Jewish overnight camp and teen programs that could do even more to infuse their offerings with serious Jewish content. By finding solutions to these challenges, national funders can make a large difference in the education of Jewish children.

Within a generation, today’s school-age children will become the new cohort of 20- and 30-somethings. Wouldn’t it be wise to invest in their Jewish education now so as to reduce the need to “re-engage” them when they enter their post-college years?

(Jack Wertheimer is professor of American Jewish history at the Jewish Theological Seminary. His report, Giving Jewish: How Big Funders Have Transformed American Jewish Philanthropy, was prepared under the auspices of the Avi Chai Foundation.)