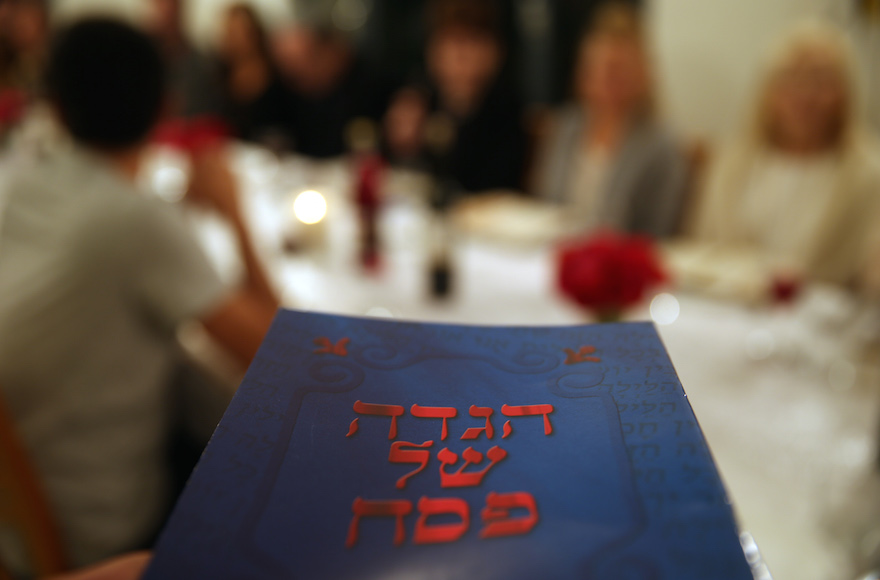 An Israeli family on the first night of Passover, in Tzur Hadassah, April 3, 2015. (Nati Shohat/flash 90)
Advertisement

JERUSALEM (JTA) — The majority of Israeli Jews read the Haggadah in its entirety at Passover seders.

Some 64 percent of Israelis said that they read all of the Haggadah or “the entire Haggadah, including the part that is read after the meal,” according to a Jewish People Policy Institute survey for the Israeli Judaism project.

In the survey conducted in late 2017 and early 2018, 97 percent of Jews responded “yes” to the question: “Do you host or participate in a Passover Seder?”

In a separate survey by the Israel Democracy Institute, 63 percent of Israeli Jews said they will clean their homes of all chametz, or leavened food forbidden on Passover. A slightly higher rate (67 percent) said they would take care to eat kosher-for-Passover food both inside and outside the home.

The responses to the Jewish People Policy Institute survey were based on two rounds of questionnaires. The first surveyed 2,000 Israeli Jews and the second included an additional 1,000 respondents. The margin of error based on all 3,000 respondents was plus or minus 1.8 percent.