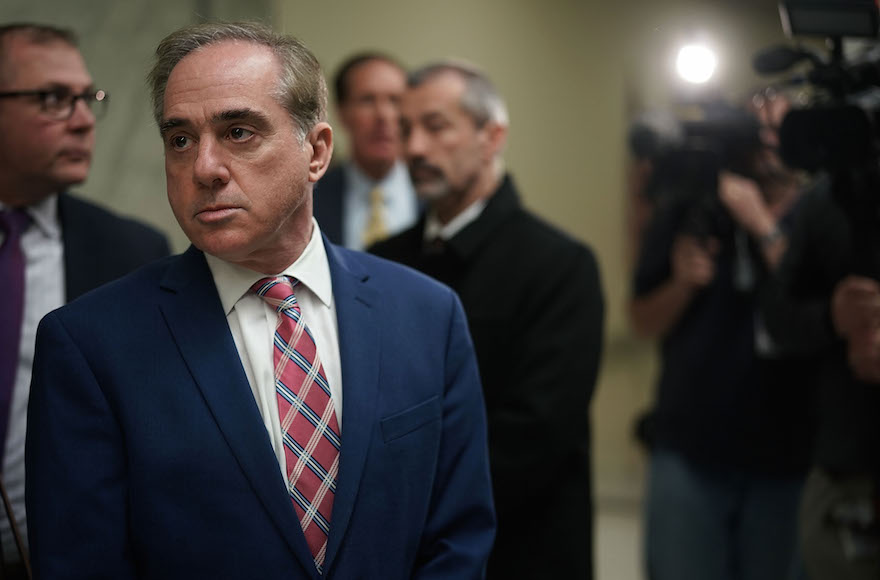 Trump announced his decision to fire Shulkin, which had been widely expected, in a tweet late Wednesday afternoon.

His replacement is Dr. Ronny Jackson, 50, an active-duty rear admiral in the Navy who has served for the past three administrations as a White House physician. In January, Jackson spoke of Trump’s mental and physical health in glowing terms following his annual physical.

Shulkin, who is Jewish, has been embroiled in scandals in recent weeks, including overspending on travel and infighting with senior White House officials for, among other things, working to privatize health care for veterans.

Shulkin was the undersecretary for health at the Department of Veterans Affairs under President Barack Obama. He previously served in several chief executive roles, including as the president of hospitals, notably Beth Israel Medical Center in New York City.

As an entrepreneur, Shulkin founded and served as the chairman and CEO of DoctorQuality, one of the first consumer-oriented sources of information for quality and safety in health care.

In an op-ed published Wednesday in The New York Times, Shulkin wrote: “As many of you know, I am a physician, not a politician. I came to government with an understanding that Washington can be ugly, but I assumed that I could avoid all of the ugliness by staying true to my values. I have been falsely accused of things by people who wanted me out of the way. But despite these politically-based attacks on me and my family’s character, I am proud of my record and know that I acted with the utmost integrity. Unfortunately, none of that mattered.

“As I prepare to leave government, I am struck by a recurring thought: It should not be this hard to serve your country,” he concluded.