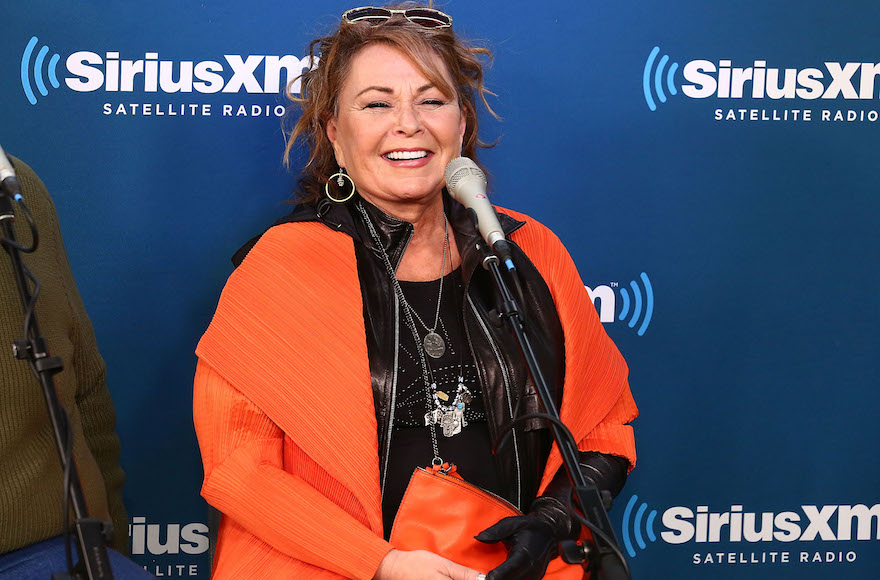 (JTA) — President Donald Trump called Roseanne Barr to congratulate her on the high ratings for the reboot of her late 20th-century sitcom.

The White House declined to provide any additional details about the call, which occurred on Wednesday, when the president had no public events, CNN reported Thursday.

The revived “Roseanne,” starring Barr, premiered Tuesday on ABC to a whopping 18.2 million viewers. Barr, who is Jewish, said she voted for Trump in 2016. Her character, a blue-collar grandmother, is also a Trump supporter and feuds with her sister, a liberal feminist played by the Oscar-nominated actress Laurie Metcalf.

Trump himself chose to recount the conversation Thursday at the tail end of a nearly hourlong speech at a union facility outside Cleveland.

“Look at Roseanne — look at her ratings,” Trump told the crowd, which had gathered to hear Trump deliver what was billed as an infrastructure speech. “They were unbelievable. Over 18 million people. And it was about us.”

Trump said the mainstream media hadn’t “figured it out yet.”

Trump has historically been highly attuned to television ratings, including his own as the host of NBC’s “The Apprentice.”

Barr on Thursday shared that she and Trump had spoken about television ratings and that Trump had called to congratulate her.

“They said, ‘Hold please for the president of the United States of America’ and that was about the most exciting thing ever,” she said Thursday during an interview on ABC News’ “Good Morning America.” “It was just very sweet of him to congratulate us.

“We just kind of had a private conversation. But you know, we talked about a lot of things. He’s just happy for me. I’ve known him for many years and he’s done a lot of nice things for me over the years. So it was just a friendly conversation about work, and you know, television and ratings.”

“Roseanne” originally ran on the network from 1988 to 1997. It portrays the fictional Conner family of Illinois.