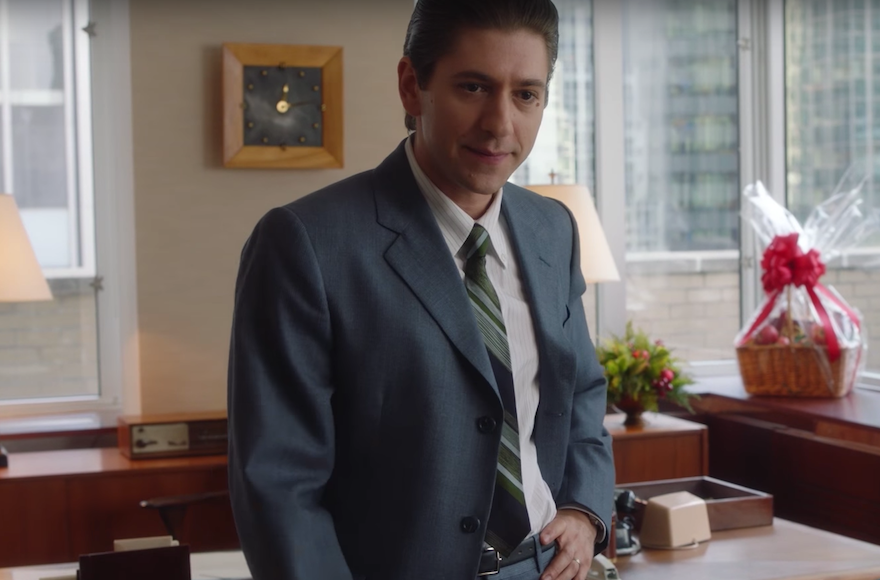 (JTA) — Carey Purcell seems to be done dating Jewish men, as she explained in a Washington Post essay that earned her a deluge of attention — and none of it the good kind.

In an opinion piece titled “I am tired of being a Jewish man’s rebellion,” Purcell — who describes herself as a blonde southern Protestant who can mix an “excellent, and very strong, martini” — says she has had it with Jewish men who agree to get serious, only to break it off and marry the kind of Jewish women “they said they weren’t actually looking for.”

The two — count them: two — Jewish boyfriends she writes about had told her originally that Judaism was not a big part of their lives. She calls them “lackadaisical” Jews who only celebrated the big holidays each year. But as the relationships deteriorated, she says the fact that she wasn’t Jewish came to bother the men, and it repeatedly came up in conversations over time — along with other issues such as “money, careers and plans for the future.” After leaving her, both men wound up “settling down with a nice Jewish girl.”

“I guess dating me had been their last act of defiance against cultural or familial expectations before finding someone who warranted their parents’ approval — perhaps the equivalent of a woman dating a motorcycle-driving, leather-jacket wearing ‘bad boy’ before settling down with a banker with a 9-5 job,” Purcell wrote in the piece published last Thursday. “I now half-jokingly consider myself a Jewish man’s rebellion and guard myself against again landing in that role.”

Readers railed against the essay for its perceived stereotyping, and mocked it in various outlets and social media. Some online commenters have called it vaguely anti-Semitic.

Many note that Purcell seemed to base her perception of all Jewish men on just the two she describes in the piece. Many have also called out her depictions of old-fashioned stereotypes (herself as a WASP who wears pearls and tidies for therapy, the “overbearing” mother of one of the men) and flippant tone (she jokes about creating a cocktail named “A Jewish Man’s Rebellion” that features a slice of bacon as a garnish).

Annika Neklason, an assistant editor at The Atlantic, pointed out the similarities between Purcell’s essay and one published in The Atlantic — in 1939. In that piece, titled “I Married a Jew,” an anonymous Christian woman worries about her Jewish husband Ben’s neurotic mom and says he only goes to synagogue on Rosh Hashanah to “please his mother.” This woman, however, ends up happy with Ben — whom she calls “open-minded,” “witty” and “generous to a fault” — despite being creepily curious about the Nazi point of view.

Purcell’s essay seemed a throwback in other ways, especially in its suggestion that Jewish men only experiment with Christian women before returning to the fold — a stereotype both recalled and mocked in Amazon’s hit show “The Marvelous Mrs. Maisel,” which is set in the 1950s, when a Jewish father tells his son, “Shiksas are for practice.” The intermarriage statistics that Purcell cites actually undercut her own argument: As the landmark 2013 Pew study on American Jews reported, 44 percent of married Jews — and 58 percent of those who have married since 2005 — have non-Jewish spouses. Purcell cites work by Naomi Schaefer Riley, who has written that Jews are more likely to marry out of their faith than people of other religions.

The key word here is marriage — Jews are increasingly marrying spouses from other religions, not just dating non-Jewish people before finding a Jewish mate. Intermarriage is becoming more conventional, and less rebellious, every year. You know that from the worried studies and ominous warnings about “continuity” from Jewish leaders and organizations, from parallel efforts to reach out to non-Jewish partners and welcome them into Jewish communal life.

Purcell didn’t respond to her critics until Tuesday, when she wrote an apology on her website.

“It was never my intention to disrespect the Jewish faith or anyone who engages in Jewish customs, traditions or religious beliefs,” she wrote after taking time to “really think about what was being said.” “I realize now that I touched upon serious issues for Jewish people in America and worldwide, for which I sincerely apologize.”