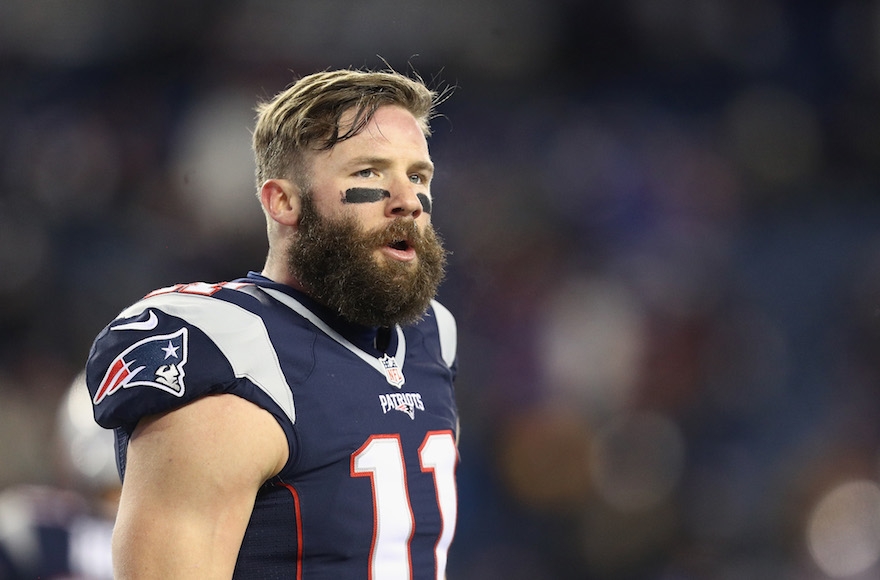 (JTA) — Julian Edelman has nearly done it all. The Patriots’ star Jewish wide receiver has played in three Super Bowls, starred in a series of comedic videos, written a children’s book — and now he may have thwarted a school shooting.

According to The New York Times, Edelman heeded a message to his Instagram account last month that pointed him to the following comment on one of his posts: “I’m going to shoot my school up watch the news.” The words stirred the feelings he had after the February school shooting in Parkland, Florida.

“With the emotions of what happened, and I have a kid now, I said, holy Toledo, what is going on?” he told the Times.

Edelman, an eight-year NFL veteran with a Jewish father, was on a trip in Texas, but he contacted his assistant in Boston, who tracked down the ominous comment. The assistant, Shannon Moen, called local police, who determined that the commenter was located in Port Huron, Michigan. They called police there, who wound up finding the culprit — a 14-year-old living with his mother, who owned multiple guns. The teenager was taken to a juvenile detention center and charged with making a false report of a threat of terrorism, which could keep him detained for four years.

“Thankfully, this kid said something,” he said. “We’re going to send him something, a care package, just for his work.”