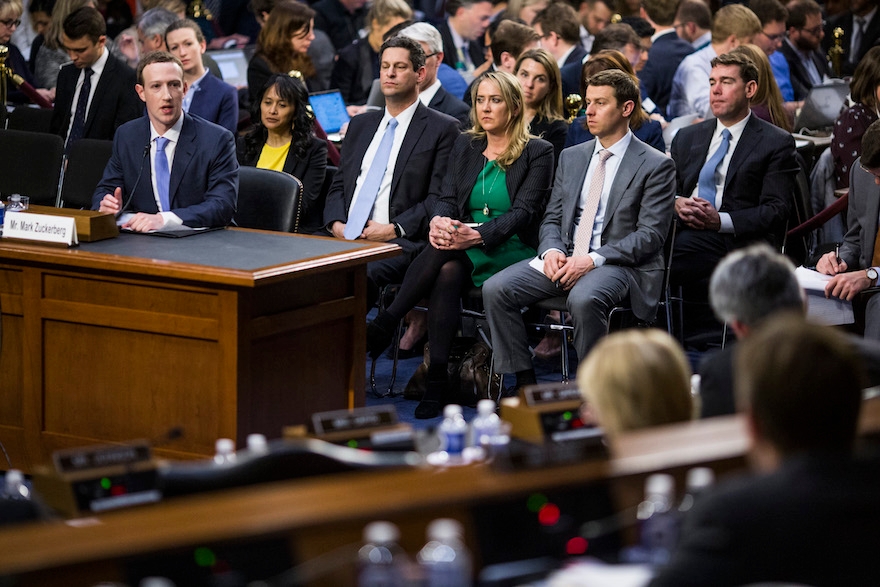 WASHINGTON (JTA) — In congressional testimony, Facebook founder Mark Zuckerberg predicted that the popular social media application would have the tools to stop hate speech before it spreads within the next decade.

Zuckerberg, speaking Tuesday to senators concerned in part about Facebook’s susceptibility to foreign powers who would use the service to meddle in American elections, said Facebook at first had been reactive to offensive and dangerous content, removing it only after it had spread. More recently, Facebook has been able to knock down terrorist recruitment as soon as it is posted, using artificial intelligence. He said he hoped to apply that technology to hate speech.

“Hate speech — I am optimistic that over a five- to 10-year period we will have [artificial intelligence] tools that can get into some of the linguistic nuances of different types of content to be more accurate, to be flagging things to our systems, but today we’re just not there on that,” he said. “Until we get it automated, there’s a higher error rate than I’m happy with.”

Controlling hate speech in social media has been a major concern of Jewish groups in recent years, chief among them the Anti-Defamation League, which has lobbied Facebook, Twitter, Google and others to build defenses against its proliferation.

Zuckerberg’s appearance was apologetic in tone, as the youthful billionaire reels from accusations that he and Facebook’s management were lax in protecting the privacy of users and allowing political advertisers access to their data.

“It’s clear now that we didn’t do enough to prevent these tools from being used for harm,” he said in prepared testimony released before his appearance. “That goes for fake news, foreign interference in elections and hate speech, as well as developers and data privacy.”