Does Judaism allow torture? These college students think so. 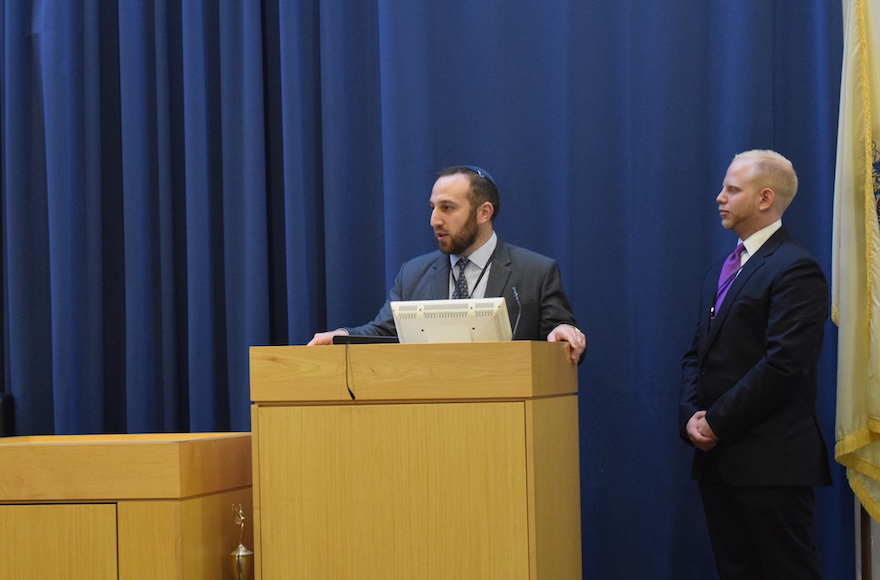 That’s the question six teams of college students from across the country set out to answer at a moot Jewish court competition at Princeton University Sunday. And they came back with a unanimous response: Yes, Jewish law does allow torture of terrorists — with a few limitations.

“Using torture to gain knowledge of [terrorists’] next actions is halachically permissible because it preemptively saves many lives before they are directly threatened,” said Rachel Levy, a sophomore at the University of Florida, using a Hebrew term denoting Jewish law. “Not only is it permissible to use torture to cause direct harm to a person, but it is halachically permissible to use torture in a case in which the danger is not so direct.”

Levy’s team and the others were participating in the inaugural Collegiate Moot Beit Din (or Jewish legal court) competition, which asked the teams to judge the question “Is torture permissible according to Jewish law?” based on a diverse selection of Jewish texts. The goal was to make millennia-old sources exciting and relevant, and to show students how to apply them to contemporary situations.

“You’re actually tapping into a thousands-of-years tradition, and by doing so, you have conversations that have transcended history,” said Princeton freshman Abraham Waserstein, who organized the event through the campus Center for Jewish Life. “I think the opportunity to also have something so historical, but also be able to trace the evolution of it and go into modernity with it — that connection between past and present with Jewish law is something you can’t get in the American legal system.”

Similar to a moot court contest, the teams built their cases based on evidence and precedent, and presented them to a panel of judges — including renowned philosopher Michael Walzer, who is a former Princeton professor and has written about the laws of war. They based their research on a fictional case study of a country that has suffered major terror attacks, has been unable to stop the attacks, and has now captured a terrorist leader. Can the government torture him to obtain information used to stop future attacks?

It’s a case similar to the dilemma the United States has faced in Iraq and elsewhere. But the American example hardly came up during the presentations. Instead, per the contest rules, the teams based their arguments on Jewish texts ranging from the Bible to the Talmud to medieval Jewish law codes and obscure commentators on those texts. All teams received the same set of texts, but were also able to conduct independent research. 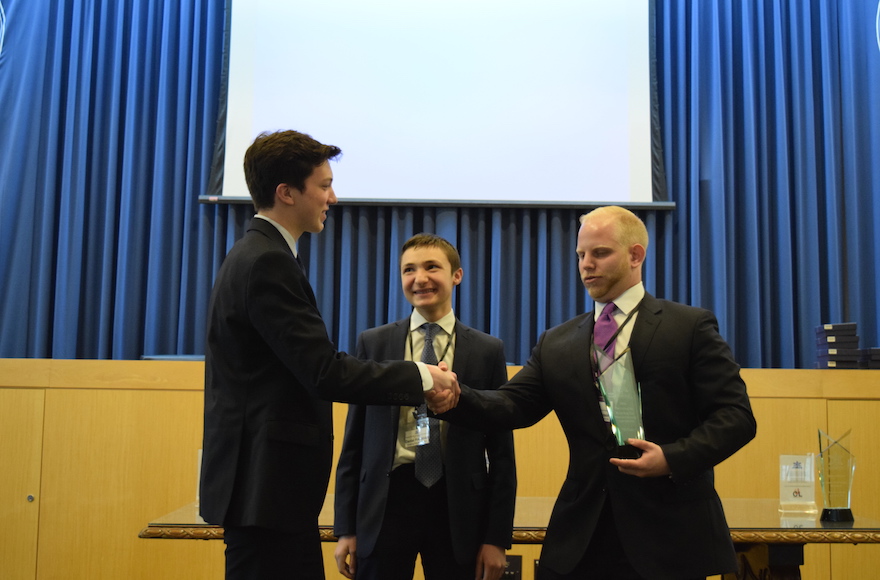 (Organizers stressed that the pro-torture arguments did not necessarily represent students’ personal opinions. Nor do they represent the conclusion of Jewish law, which defers to no single authority and can be interpreted in differing and sometimes contradictory ways.)

Classes that aim to animate ancient Jewish texts are commonplace at campus Jewish centers, like Hillel, Chabad and Orthodox outreach programs. But those classes usually aim to understand and glean lessons from the sources — not to use them to independently draw legal conclusions about contemporary issues.

“This process actually forces you to construct a case of your own,” said Charles Chakkalo, a senior at Hunter College in New York City who attended Jewish day school. “Learning [Talmud] in high school was more like, ‘This is what the Gemara considered and this is what they concluded.’ Here, we’re the authors.”

The competition aimed to replicate a similar event that’s taken place among Jewish high schools since 2000, run by Prizmah, an interdenominational network of Jewish day schools. In the high school Moot Beit Din competition, around 25 teams will research one modern-day question each year, producing a paper and oral argument with their conclusions. Two years ago, for example, the competition asked who is culpable when a self-driving car hits a jaywalker.

Waserstein participated in the high school program while attending Jewish day school in South Florida, and loved the intellectual challenge as well as the community it created. He hopes to repeat the college-level program in the future.

“Jumping into sources, I was amazed with ideas of abandoning and claiming property, seeing how that connects to the principles of today,” he said. “As a team we had to reach a consensus, and that’s tough with something where sources seem to point in different directions.”

But this time, the judges all said they were surprised that teams came to the same conclusion — that it’s OK to torture imprisoned terrorists. Walzer, whose works include “Just and Unjust Wars,” as well as a series called “The Jewish Political Tradition,” had hoped to hear more dissent as well.

“I’m a little surprised that nobody took the position of ‘torture — never permissible,’” he said. “Even as a contrarian view it might have been interesting to hear someone trying to make that argument based on these texts. They were given a limited set of sources. I can think of other texts that might have pushed them in both directions.”

Despite the unanimity, students said the process was enlightening. Rebekah Adams, a Princeton team member who is not Jewish, said she appreciated getting to know a new set of texts, and that they made a thought-provoking argument.

“Personally, I believe that torture would be a last-minute-resort course of action, as opposed to something we should act upon immediately,” she said. “It’s quite interesting to compare it against the New Testament as well. The New Testament is all about showing love to everyone, forgiving everyone. The Old Testament is about justice and acting without any, let’s say, lighthearted sympathy.”