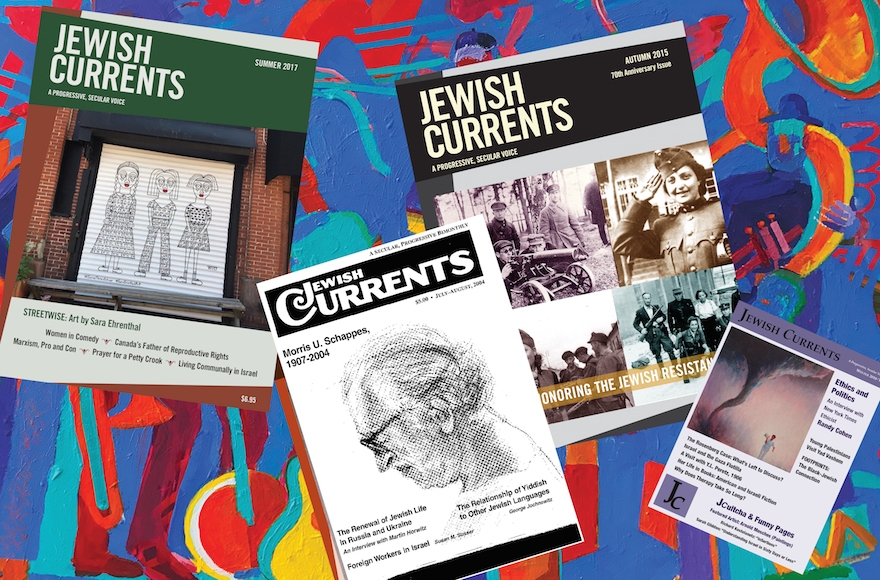 NEW YORK (JTA) — This won’t be the first time Jewish Currents, a 72-year-old magazine for the secular left, undergoes a transformation.

It was founded in 1946 as a communist magazine, clashing with other Jewish institutions such as the socialist Workmen’s Circle. The magazine later abandoned communism as its political ideology, becoming more generally a magazine for the Jewish left. Ultimately it decided to build bridges with the Workmen’s Circle, merging with its former adversary in 2006.

Now the quarterly magazine is again switching directions, though this time the focus is not on a changing political ideology but on attracting a younger readership. With a four recent hires and a redesigned website and magazine launched Monday, Jewish Currents seeks to make itself the base for left-wing, secular, millennial Jews.

The problem, according to Plitman, is that the Jewish left is “fragmented” into various groups and causes, such as groups promoting racial justice and socialism and fighting the Israeli occupation. With the relaunch, announced last month and funded by its readership and the New Jersey-based Puffin Foundation, Jewish Currents seeks to provide a platform where that “fragmented” community can come together.

“We want to provide a place for that Jewish left to speak with and among itself,” he said.

Lawrence Bush, who has been the magazine’s editor in chief since 2002, will continue to serve in the position but said he was heeding to the new staffers’ vision.

“I’m trying to advise and make room and protect elements that I think will be critical to their success. I don’t think we can overnight become a youth magazine,” Bush, 66, told JTA over the phone.

It isn’t the first time the magazine is seeking to entice younger readers, Bush said. He was brought on in 2002, having served at one point as an assistant editor under Morris Schappes, who edited the magazine from 1959 until 2000.

In addition to hiring Plitman in August, the magazine announced last month that it had brought on three new young editors who will serve under him: writer and artist Arielle Angel as literary editor, writer and culture producer Maia Ipp as editor for public programs, and former Vice News technology editor Noah Kulwin as news and features editor. 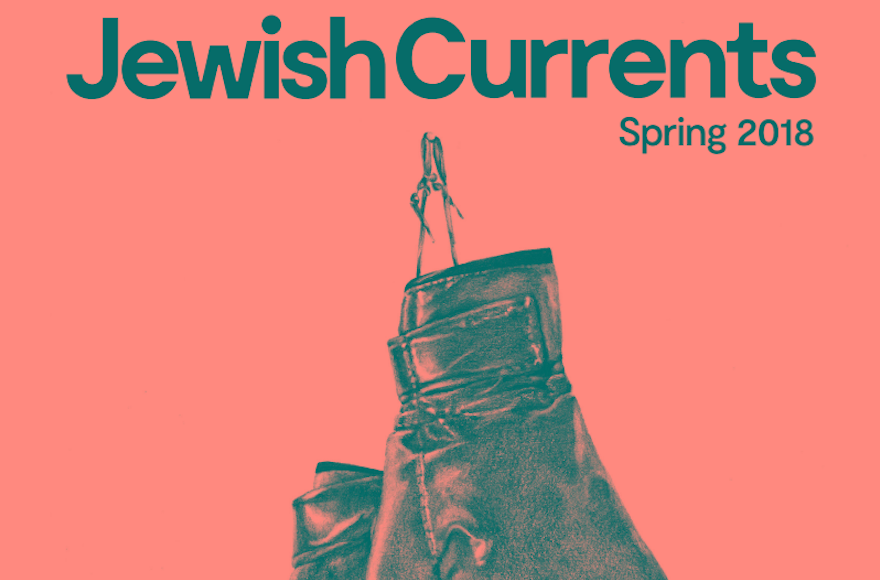 With a four recent hires and a redesigned website and magazine, Jewish Currents seeks to make itself the base for left-wing, secular, millennial Jews. (Courtesy of Jewish Currents)

Angel, 33, is hoping to recruit younger writers who can speak to the reality of their experiences as young Jews.

Plitman is interested in covering issues such as health care policy, police brutality and wealth distribution, all from a progressive perspective.

“I am not interested in having two interviews, one of somebody who says police violence is wrong and the other person who is going to explain why it’s right — that’s the difference,” he said. “We are taking for granted one side of this debate.”

Another topic of discussion in the magazine is politics surrounding Israel. Over the decades, Jewish Currents has been described as “non-Zionist”: supportive of Israel’s right to exist and defend itself, but committed, as Bush once wrote, “to Jewishly motivated social activism in the so-called ‘diaspora.'”

Plitman worked as deputy director of the campus wing of the liberal Jewish Middle East policy group J Street after graduating from the University of North Carolina at Chapel Hill. He said readers and contributors share a critical attitude toward the Jewish state’s political situation though they may subscribe to different ideologies.

“I think I could characterize most readers and writers as very disturbed as to the reality in Israel/Palestine — disturbed by the occupation and disturbed by a whole litany of things, just as they are disturbed by radical inequality in the United States and the plight of African-Americans and police violence and racism,” he said.

Plitman, who is originally from High Point, North Carolina, attended a summer camp affiliated with the Zionist organization Young Judaea as a boy. On a gap year program in Israel after high school, he visited the West Bank and found himself questioning some of his Zionist values.

“It was a powerfully challenging and painful experience to learn what life was like for millions of Palestinians,” he said.

In a recent essay, he warned against “placing Israel at the center” of Diaspora Jewishness, and urged fellow millennials to embrace “a critical awareness of Israel coupled with a commitment to struggling primarily in the communities in which we live.”

At Jewish Currents, Plitman wants to educate people about the history of left-wing Jewish activism.

“There’s an entire history of Jewish labor radicalism that’s not put forward the same way that histories of Israel [are put forward],” he said.

Following his time at J Street, Plitman spent six months as a volunteer at a refugee camp in Greece. He then worked as a labor organizer before being recruited by Bush to serve as executive editor of Jewish Currents.

Plitman said the left has faced issues with anti-Semitism in the past year, but that similar issues exist in all political movements.

Several incidents associated with progressive groups in the past year — such as women being ejected from a lesbian march in Chicago for carrying gay pride flags with Jewish stars and the failure of the Women’s March to robustly condemn anti-Semitic statements by Nation of Islam leader Louis Farrakhan — led to public debate about anti-Semitism on the left.

Plitman said the presence of anti-Semitism was not an excuse to stop being involved in progressive causes.

“Anti-Semitism on the left is not a pass for Jews to exit struggles for justice, it’s just not,” he said. “Every minority group in the left deals with this.”

“It’s hard to cultivate the kind of depth of feeling and loyalty and attachment in a new generation of readers that our older generation had,” he said.

The idea of rallying around secularism holds less appeal today for young Jews than in the past, according to Samuel Norich, the president of the Forward and former executive director of the YIVO Institute for Jewish Research.

“In the first two-thirds of the 20th century, when rabbis and religion still held strong appeal in the American Jewish community, there was always a secularist segment of the community that wanted to have nothing whatsoever to do with that,” Norich told JTA in a phone interview.

While secularism is more common today, it no longer emerges as a counter-cultural rallying point. Instead, Norich said, young Jews are passionate in their opposition to right-wing leaders such as President Donald Trump and Israeli Prime Minister Benjamin Netanyahu.

“Raising the flag of secularist anti-religion just has a ring of antediluvian curiosity to it to young people nowadays,” he said.

For Angel, the new literary editor, the magazine will fill an unmet need due to its progressive bent.

“I do think that there is a space that is opening up that wasn’t there before,” she said, adding that in some other Jewish magazines, “you are also contending a political viewpoint, that even if you want to publish culture pieces, you kind of have to hold your nose if you do it, if your politics don’t align.”

Angel, a writer and organizer in the anti-occupation group IfNotNow, does not have a specific criterion for what Jewish content makes for a good fit for Currents.

“We’ll know what will resonate with our audience and what feels Jewish enough [when we see it],” she said. “I think that the goal is not to end up in a place where we’re talking about which celebrities are Jewish or always looking for a necessary Jewish angle on an issue.”

Plitman said participating in the relaunch gives him hope that there is a home for people who share his way of being Jewish.

“It’s this sense of excitement,” he said, “that maybe there’s a way to be Jewish, progressive, left, angry, radical, but curious exploratory, artistic — to be ourselves.”