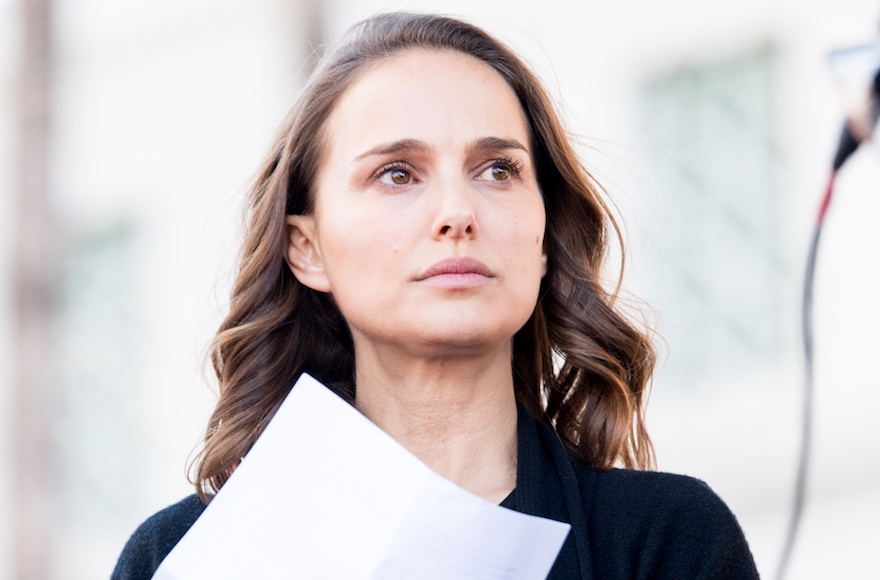 JERUSALEM (JTA) — Actress Natalie Portman originally told the Genesis Prize that she was canceling her participation in the award ceremony in Jerusalem over Israel’s actions in quelling Palestinian demonstrations in Gaza, according to an Israeli television report.

“We have followed the recent news from Gaza with growing worry, and we are concerned that it is not appropriate to hold a ceremony given the government’s actions and the latest escalation,” the email said.

Genesis, according to Hadashot, responded: “We have no plans to discuss this. The events in Gaza are the result of a planned action by Hamas designed to sacrifice civilians for political gain. Canceling the award ceremony of the most prestigious Jewish prize in the world would play into the hands of Hamas and would be a slap in the face of the people of Israel.”

Some 35 Palestinians have been killed in demonstrations in nearly a month of protests at the border with Israel, which has received international condemnation in its response to the rioting there.

Portman’s decision to eschew the prize ceremony scheduled for June was announced on Thursday night by the Genesis Prize.

The following day, the actress said in a statement posted on social media that “I chose not to attend because I did not want to appear as endorsing Benjamin Netanyahu, who was to be giving a speech at the ceremony. By the same token, I am not part of the BDS movement and do not endorse it.”

The statement also said: “Like many Israelis and Jews around the world, I can be critical of the leadership in Israel without wanting to boycott the entire nation. I treasure my Israeli friends and family, Israeli food, books, art, cinema, and dance. Israel was created exactly 70 years ago as a haven for refugees from the Holocaust. But the mistreatment of those suffering from today’s atrocities is simply not in line with my Jewish values. Because I care about Israel, I must stand up against violence, corruption, inequality, and abuse of power.”

She did not say what she meant by “today’s atrocities.”

On Tuesday, The Jewish Insider cited “multiple sources” in reporting that Portman’s representatives had asked the Genesis Prize to cite a scheduling conflict as the reason she could not attend the ceremony.

The Jewish Insider also cited an unnamed source as saying that “Genesis went out of its way to accommodate Portman’s concerns about Netanyahu by agreeing she didn’t have to sit next to him, didn’t have to have him present her with the award and was free to say anything from the lectern she wanted, including whatever critical comments she wanted to level at the current government. However, in the end she insisted Netanyahu not be invited to the event, a demand Genesis couldn’t accept both for contractual and moral reasons. A bridge too far.”