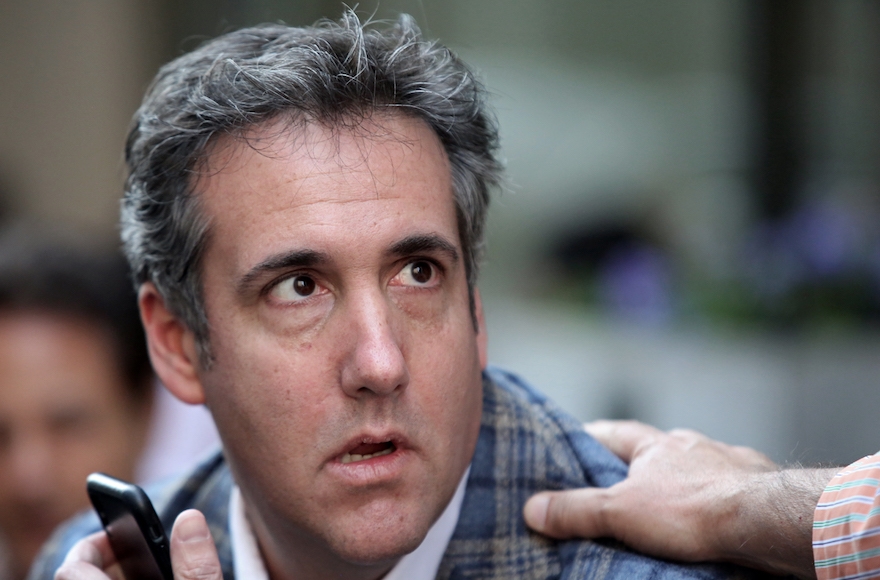 Cohen has been portrayed as the ultimate loyal servant to Trump, but reports have conveyed that the president has never treated him well during his years of service. In the wake of an FBI raid on his office, home and hotel room earlier this month related to special counsel Robert Mueller’s investigation into the Trump campaign, some have speculated on whether or not Cohen could turn on the president and divulge damning information.

The Wall Street Journal piled on the embarrassment with a new deep dive into the Trump-Cohen relationship published on Thursday. Hidden among the article’s cringe-worthy details — including how Cohen sat patiently waiting in his office after Trump’s inauguration for a call to join the president’s team of advisers in Washington, and how he afterward said “Boss, I miss you so much” on a phone call — is the fact that Trump showed up late to Cohen’s son’s bar mitzvah in 2012, delaying the entire ceremony.

But that’s not even the most painful part — once Trump got there, he embarrassed Cohen in front of his guests, according to the Journal writers:

After Mr. Trump arrived, he gave a speech, telling guests he hadn’t planned to come, but he relented after Mr. Cohen had repeatedly called him, his secretary and his children begging him to appear, the attendee said. The guests laughed because “everyone knew it was very realistic-sounding,” the attendee added.

As previously revealed in a Washington Post article, Cohen attended a yeshiva day school on Long Island, New York, growing up. His father is a Holocaust survivor from Poland. He describes himself as an “agnostic Jew.”

On Wednesday,  Cohen asserted his Fifth Amendment rights against self-incrimination in the lawsuit filed against him by adult film star Stormy Daniels, who is suing Cohen for defamation in connection to an arrangement Cohen had made to keep her from talking about an alleged affair with Trump.