JTA explains: Why the US embassy in Israel is moving to Jerusalem 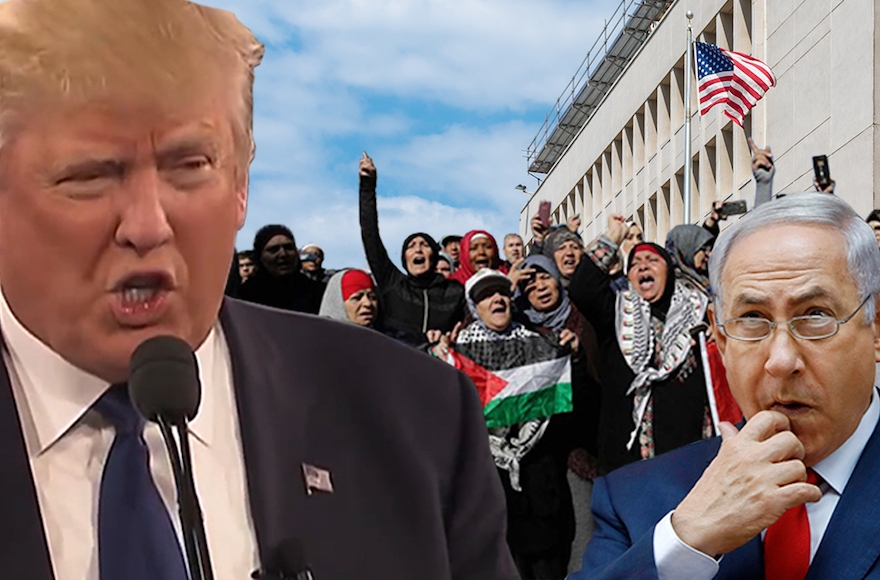 (JTA) — When President Trump announced that he would move the U.S. embassy in Israel from Tel Aviv to Jerusalem, he ignited a debate about the country’s history and capital. So far, things have been quiet in Jerusalem and the West Bank, although violent protests already planned in Gaza intensified as the embassy opening grew closer, and exploded on May 14, the day the embassy was dedicated. At least 58 Palestinians were reported killed that Monday when Israeli troops opened fire during protests at its border with Gaza.

In this short explainer video, JTA’s editor in chief Andrew Silow-Carroll discusses why the move is such a big deal.