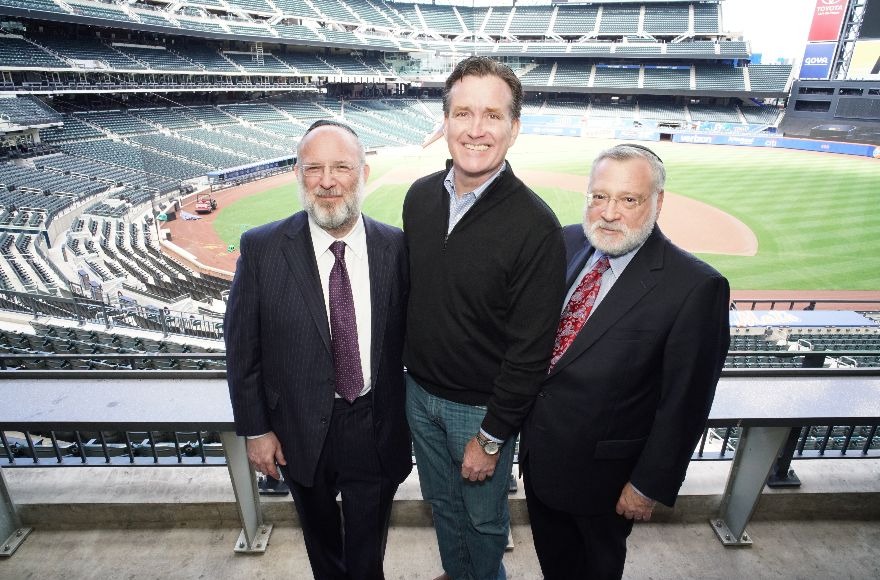 (JTA) – More than 2,000 people came to Citi Field in New York on Sunday — not to root on the Mets, but to revel in Jewish learning.

The event, which the O.U. says is the largest of its kind in North America, offered 45 classes along with special programs for high school and college students. Among the topics were Jewish politics, addictions, end-of-life issues and #MeToo.

“Five years ago we had a problem with OTD (‘Off The Derech’), today it’s OD (overdose),” said Weinreb, who has a doctorate in clinical psychology from the University of Maryland, using a term for those who leave the practice of Orthodoxy.

Sivan Rahav Meir, a prominent political reporter for Israel’s Channel 2 News who became Orthodox as a teenager, addressed a session on new technologies and religious faith.

“Congress has become more like warring tribes,” he said. “They have lost sight of common national goals and the Constitution. We may need to have a national crisis to overcome this before we can correct this problem.

“The behavior of public figures has an effect on dialogue and the behavior of others and our political leaders need to understand this.”

The event was held in convention space inside the Mets’ nine-year-old stadium in Queens.