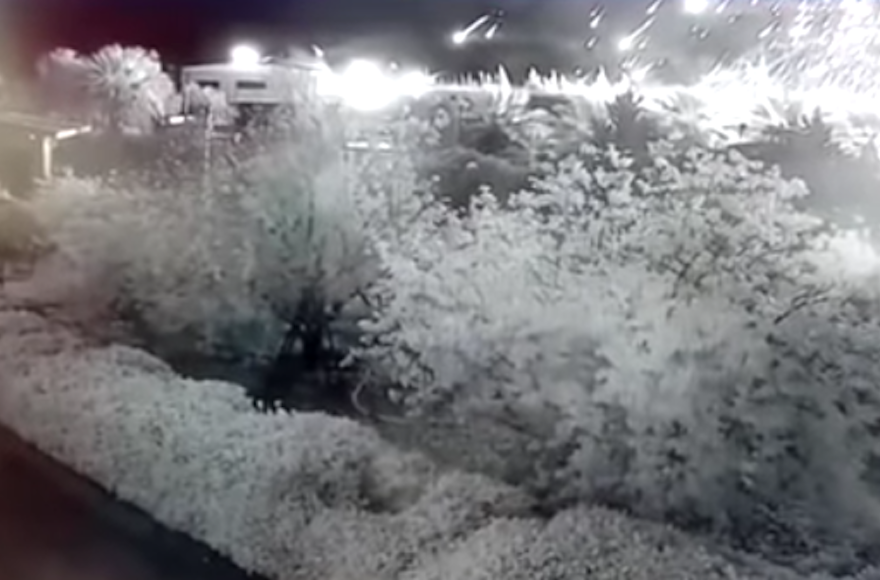 JERUSALEM (JTA) — At least 15 people were killed in an airstrike on an Iranian weapons depot in Damascus.

Eight members of Iran’s Revolutionary Guards were reported to be among the dead in the late Tuesday night attack, according to reports citing the Syrian Observatory for Human Rights monitoring group, which has attributed the attacks to Israel.

The official state news agency SANA reported that on Tuesday night Syrian air defenses intercepted and destroyed two Israeli missiles in the countryside near Damascus. The news website posted photos and video of fires in forests in the Kisweh area.

Israel has neither confirmed nor denied responsibility for the attack on the weapons depot near Damascus.

On Tuesday evening the Israel Defense Forces announced that it had “detected irregular Iranian activity in Syria.” The military ordered civilian bomb shelters in the Golan Heights in Israel’s north opened and began a limited call up of special forces.

“Any aggression against Israel will be met with a severe response,” the IDF Spokesman said in announcing the opening of the shelters.

The Tuesday night attack on the Iranian arms depot is the third alleged Israeli airstrike on Iranian targets in Syria in the last two weeks. In addition, a month ago, Israel launched an airstrike on Syria’s T-4 air base, which is believed to be home to an advanced Iranian air-defense system. Israel believes that Iran is planning to retaliate for that attack.