Richard Pipes, historian of Russia and Reagan aide, dies at 94 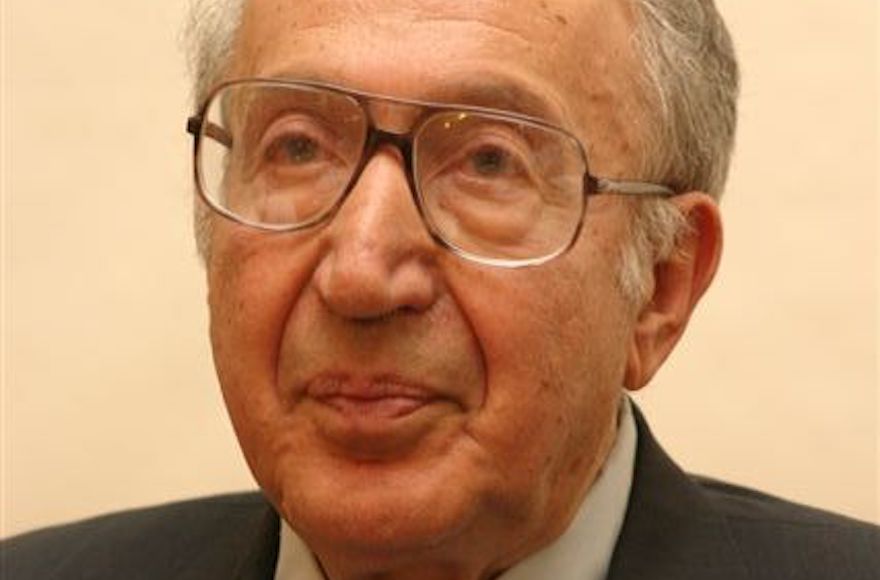 (JTA) — Richard Pipes, the author of a monumental series of historical works on Russia and a top advisor to the Reagan administration, died in Cambridge, Massachusetts at the age of 94.

Pipes, who spent his entire academic career at Harvard, took his place in the front rank of Russian historians with the publication of “Russia Under the Old Regime” in 1974. But he achieved much wider renown as a public intellectual deeply skeptical about the American policy of détente with the Soviet Union.

In 1976, he led a group of military and foreign-policy experts, known as Team B, in an ultimately pessimistic analysis of Soviet military strategy and foreign policy. The group’s report, commissioned by the Central Intelligence Agency, helped galvanize conservative opposition to arms-control talks and accommodation with the Soviet Union.

And it set the stage for Ronald Reagan’s policy of challenging Soviet foreign policy and seeking to undermine its hold over Eastern Europe, according to the Times.

A moralist shaped by his experiences as a Jew who had fled the Nazi occupation of Poland, Pipes presented the Bolshevik Party in Russia — one of the movements that vied for control of the vast country following the 1917 communist revolution that brought down the Czar’s rule — as a conspiratorial, deeply unpopular clique rather than the spearhead of a mass movement.

According to Commentary, Pipes was born in Polish Silesia in 1921, “the son of an assimilated, upper-middle-class Jewish family with international business connections.” His family escaped after the German invasion in 1939, making their way to Hoboken, New Jersey when Pipes was 17.

In the early 1970s he challenged the primarily left-leaning world of “Sovietology,” saying his colleagues refused to see the Soviet Union as it was despite the evidence of its tyranny. “Nothing,” Pipes wrote in his 2003 memoir, “Vixi: Memoirs of a Non-Belonger,” “not even travel to the Soviet Union or the appearance in the West of tens of thousands of Jewish refugees with their own tales to tale, could sway the Sovietological profession in its opinions, because here science coincided with self-interest.”

Among his survivors is his son Daniel Pipes, the president of the Middle East Forum.