Philip Roth showed me how to be an American Jew 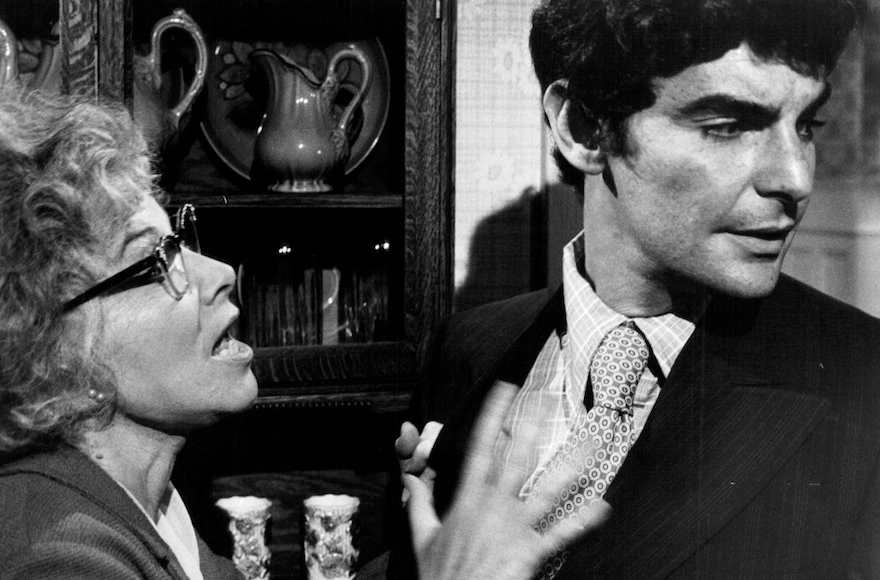 (JTA) — I never did anything like that with liver, but when I read “Portnoy’s Complaint,” I knew it was about me.

Not the actual me, because I would never do any of the things that Alexander Portnoy confesses in the 274-page rant — about lust, parental guilt, lust, neurosis, non-Jewish women and lust — by Philip Roth, who died Tuesday at 85. The misogyny threaded throughout the book — and its constant, universal treatment of women as either sex objects or domineering authorities, or both — aimed to shock in 1969 and is reprehensible.

But the deeper currents that ran through the book — of inadequacy, anxiety, hypercritical thinking and guilt — struck a chord with part of my psyche that I had always sidelined. Growing up in a religious, affluent and confident Jewish community, we had been taught to reject the stereotype of the weak, nebbish Jew. This, we were told, was an example of self-hatred.

And yet, here it was, my American Jewish id — unapologetic, exuberant and glorious. Even the tone of the book — a stream of consciousness mixing academic descriptions of the primordial earth with an extended soliloquy about ass-wiping — spoke to my inner monologue at its worst. On one break from college, my brother and I took turns reading the book in our best impersonation of Portnoy. I chose the voice of an exasperated loudmouth. My brother — more appropriately — channeled something like Woody Allen.

But to me, the most vivid scene remains the one where a young Portnoy and his father visit the shvitz, entering a place of primal American Jewish manhood. They walk past naked men getting massages (“The sounds are of a tiny, unenthusiastic audience applauding the death scene in some tragedy”) and to the steam room itself:

The moment he pushes open the door the place speaks to me of prehistoric times … It is as though all the Jewish men ducking beneath the cold dribble of shower off in the corner of the steam room, then lumbering back for more of the thick, dense, suffocating vapors, it is as though they have ridden the time machine back to an age when they existed as some herd of Jewish animals, whose only utterance is oy, oy … They appear, at long last, my father and his fellow sufferers, to have returned to the habitat in which they can be natural.

When I read the book, I had been to a proper sauna only once in my life, and it was on vacation — as an exotic experience. But in this urban shvitz, anxious Jewish men could become themselves, away from the gaze of a disapproving Other. It’s a haven from what Roth called a “perpetual fear” in “The Plot Against America,” an alternate history where a pro-Nazi Charles Lindbergh beats Franklin Roosevelt in the 1940 election.

That paradoxical American Jewish sense of confidence and fear, of belonging and foreignness, was what Roth captured in his dozens of books. He satirized it in “Portnoy” and gave it a historical dimension in “The Plot.” It’s the common thread running through the short stories in “Goodbye, Columbus,” Roth’s first book. In one of the stories, “Eli, The Fanatic,” a secular Jewish man in the suburbs tries to shut down a neighboring Orthodox yeshiva for Holocaust survivors. In another, “Defender of the Faith,” a Jewish soldier tries to finagle a Jewish officer to get him out of combat duty.

But the tension was at its best in his masterpiece, “American Pastoral,” the story of an all-American Jewish boy, Swede Levov, who marries a former Miss New Jersey, settles down in a nice, WASP-y, Republican 1950s suburb — and watches his life fall apart. The question at the core of the story is whether this was a matter of random chance, or whether Swede was an imposter all along, never meant to enjoy the American dream he thought he had achieved.

There is plenty to criticize about Roth’s writing. As many feminist critiques have noted, the misogyny present in “Portnoy” extended throughout his work, which focused on masculine desires and complexes. Women, when they appeared, were objects to pursue or threats to avoid. A woman is the protagonist in only one of his books, 1967’s “When She Was Good.” In a later book, “The Human Stain,” two of the main character’s foes are political correctness and a female colleague.

The picture he paints of the American Jewish experience, though, still rings true today. I see it in the endless debates over anti-Semitism, racism and Jewish privilege, in the discussion about whether Ashkenazi Jews should be called white. Do we belong in America, or don’t we? What is our responsibility, as American Jews, to the country, the community and ourselves?

Even as I grew up in a confident and secure Jewish community, and wasn’t witness to the anti-Semitism Roth and his parents’ experienced, those questions were always present somewhere in my mind. I too felt a little different for being Jewish, even as I have lived in America for almost my entire life. Roth’s books brought that to life for me, and they helped me make sense of American Jews’ shared history and collective identity.