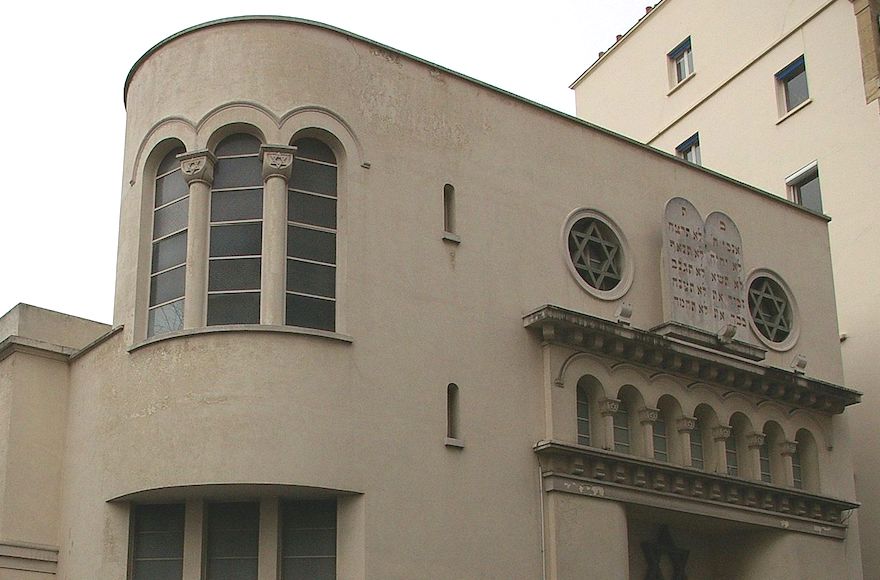 The Synagogue Neuilly-sur-Seine is one of the oldest in Paris' suburbs. (Wikimedia Commons)
Advertisement

The activist, Sihame Assbague, posted the first list of eight items last week. It included the CRIF umbrella group of French Jewish communities; the Socialist Jewish politician Julien Dray; former Prime Minister Manuel Valls — a supporter of Israel whose ex-wife and children are Jewish; and the radical left-wing politician Jean-Luc Melenchon, who is not Jewish.

UPDATE: Assbague told JTA the list was “absolutely not a ‘hit list’” and that the people were on it because they had made Islamophobic statements.

The list was accompanied by a picture of a character from the series “Game of Thrones” from a scene in which she lists the people she intends to kill.

The tweet by Assbague, whom the LICRA civil rights watchdog has accused frequently of spreading racist views on whites and Jews, prompted a reply from the official Twitter account of Al Kanz, which is one of France’s best-read Muslim news websites.

The Al Kanz staffer who wrote the reply added nine more names, including the Jewish philosophers Raphael Enthoven and Alain Finkielkraut; the French-Jewish historian Eric Zenmmour; the French-Jewish journalist Elisabeth Levy; and several other writers with critical views on Islam and radical Islam.

Enthoven wrote on Twitter that the lists were “hate speech” and expressed his “solidarity with the other targets.”

On the Al Kanz Twitter account, a spokesman denied amid an uproar over the lists that they were sinister in any way and dismissed them as an attempt at humor. A later message said that Enthoven’s condemnation exposed the paper to harassment online by Jews.

As the controversy unfolded, the Al Kanz staffer again replied to Assbague’s original list after writing “May they and we live to be older than 100 in excellent health.”