Jason Derulo to Israeli fans: ‘I’m so excited to be coming back’ 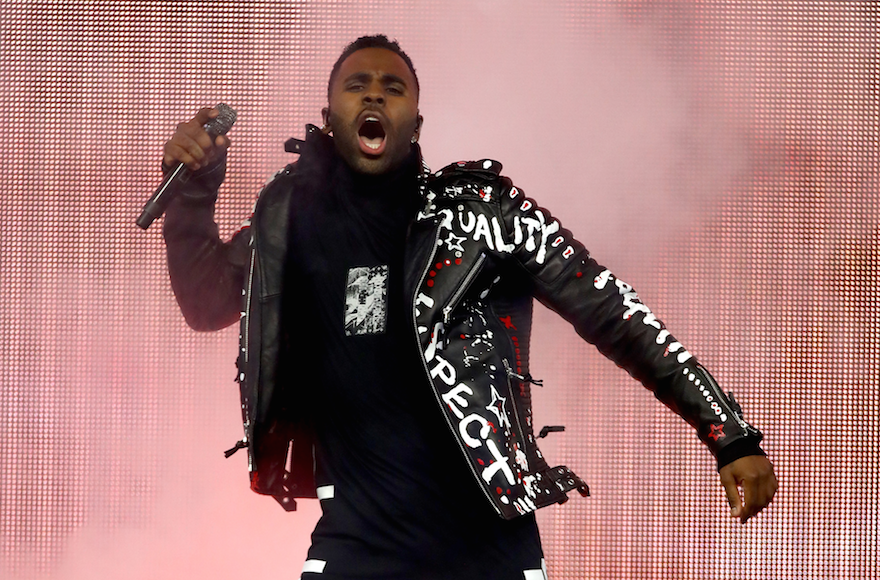 (JTA) — Jason Derulo is pumped about his upcoming concert in Israel.

The pop singer, who is slated to perform there in August, released a message specifically tailored to fans in the Jewish state on Wednesday.

“Tel Aviv, what’s happening? It’s Jason Derulo, and I’m so excited to be coming back,” the 28-year-old said in a video shared with The Jerusalem Post. “August 1, it’s going down – it’s called Coca Cola WOW Fest and it’s going to be myself, Rita Ora – it’s going down, crazy. It’s going to be an unbelievable show, I can’t wait to see y’all very soon.”

Despite Derulo’s warm wishes to Tel Aviv, the festival will actually take place in Rishon Lezion, about five miles south.

Derulo, who has sold over 50 million records, is best known for his songs “Talk Dirty,” “Wiggle,” “Ridin’ Solo” and “In My Head.” He recently released “Colors,” the official 2018 World Cup anthem. The Middle Eastern-sounding musical hook of “Talk Dirty” is a sample from the 2007 song “Hermetico” by the Brooklyn-based Israeli group Balkan Beat Box.

Derulo last performed in Israel in 2016.

“Life changing trip 2 Israel,” he tweeted at the time. “‘The holy land indeed’! Blessed 2 c the many wonders of the world.”